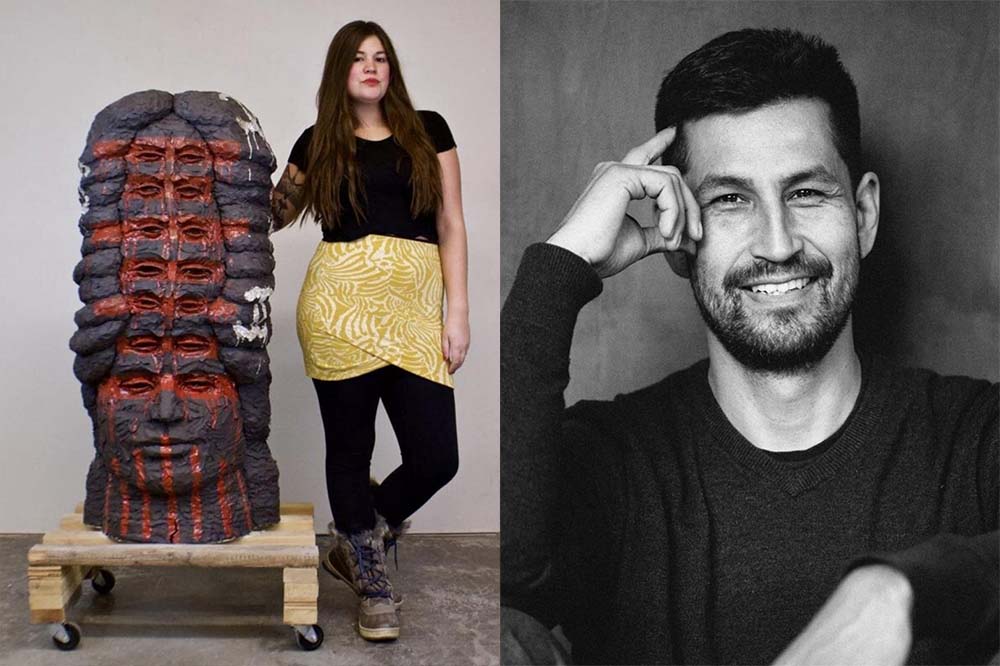 Tinworks Art named the recipients of its 2021 Tinworks Artists Grant on Saturday, with two Indigenous grant winners among them.

Each of the five artists awarded will get $10,000, a studio visit from the curatorial team, and a place in a public lecture series in fall 2021, Tinworks Art said. Each artist is also required to participate in one outreach activity for K-12 or an underserved community of their choice.

“The grants are issued in support of contemporary art and craft in Montana and are aimed at nurturing the arts professions in the region,” the nonprofit said in the statement.

“Tinworks Art actively seeks to break down barriers that have historically excluded certain artists, art, and audiences from the important conversations that art provokes. This year, the grant focused on supporting Indigenous artists, emerging artists, and those working with endangered forms of knowledge. These grants were developed with the specific goal of removing hurdles to the profession.”

The winners were chosen from 115 applications, which made the process “highly competitive,” the organization said.

Winning artists were chosen for their demonstrated accomplishment and potential for future work, and the organization sought ideas and artists that were attuned to the cultural moment, had a clear aesthetic point of view, and made ambitious proposals.

Halfmoon is based in Helena, Mont. where she is an artist-in-residence at the Archie Bray Foundation for Ceramic Arts. Her work has been featured in exhibitions domestically and internationally and was recently profiled in Vogue. Halfmoon is represented by the Fritz + Kouri Gallery in Santa Fe, N.M. For her project with Tinworks Art, she has proposed a monumental sculptural piece, anchored in Caddo ceramic traditions, as a response to recent removals and discussion around public monuments.

Rowley was born in Seattle, Wash., and is currently based in Somers, Mont. He is a descendant of the Blackfeet and Cree of Montana. Rowley received his MFA from Pacific University in creative writing. In his art, he weaves contemporary and traditional objects using cedar bark to make wearable creations that reflect the traditions of the Pacific Northwest’s tribal history. Using his Tinworks Art funding, Rowley will make a space to create new work and teach cedar harvesting and weaving in northwest Montana.

The other grant recipients are Anne Appleby, who is based in Jefferson City, Mont.; Tracy Linder, based in Molt, Mont.; and Alayna Rasile from Bozeman, Mont.