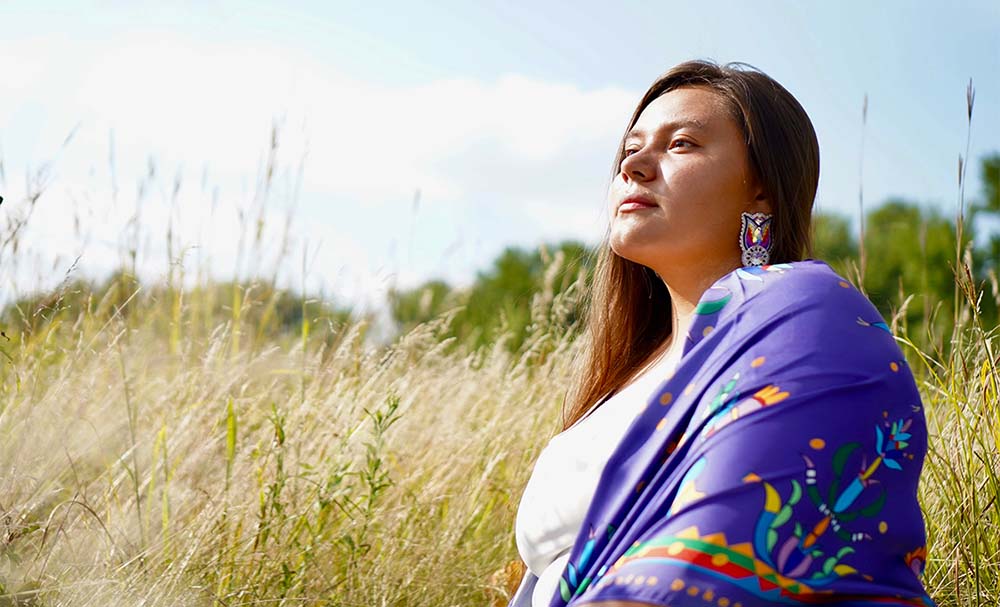 This story originally appeared in the Minnesota Women's Press and is used with permission.

Jaysalynn Western Boy is sitting in a field of tall grass, gazing at the horizon. “Back to the east where I understood my speeches, my essays, my refusal to submit, were needed on behalf of my people,” she sings. Western Boy is one of four cast members who portray the prolific Dakota activist and artist Zitkála-Šá in a new operatic film about her life premiering Friday at Water Works Park in Minneapolis.

“Mináǧi kiŋ dowáŋ: a Zitkála-Šá opera (“My Spirit Sings” in Dakota)” is written, composed, and sung by an all-Indigenous team, predominantly women.

It is the first opera to include lyrics — about a third — in the Dakota language. But, as composer Lyz Jaakola (Fond du Lac Anishinaabe) says, “I hesitate to say it’s the first — [because] how are you defining opera? Musical storytelling? Well, the Dakota people have been doing that for millennia.”

“It is a language that is meant to be sung,” says Kelly Turpin, executive producer of An Opera Theatre (AOT), the film’s production vehicle.

Turpin founded AOT in 2018 to bring “socially relevant” stories into the medium. When the pandemic hit, the company began experimenting with films. Three years ago, Turpin asked director Sequoia Hauck (Anishinaabe, Hupa) if they would be interested in telling a Native story through opera. Hauck had been involved with AOT operatic films, and they soon discovered Zitkála-Šá. Neither Hauck nor Turpin had learned about her in school, and they agreed she deserved a modern audience.

The team got to work immersing in Zitkála-Šá’s autobiographical and political writings. Filming took place across Minnesota, including in the rivers and fields around Prairie Island Indian Community. Cinematography weaves reoccurring images from Zitkála-Šá’s writing — dandelions, telephone poles, trains — throughout. The 30-minute film is not a period piece, instead “We are showing that Zitkála-Šá’s story is not a frozen moment in time — that she has continued to shape and inspire and evolve current society, specifically [that of] Indigenous peoples in North America, to this day,” Turpin says.

Zitkála-Šá was born in 1876 on the Yankton Reservation in South Dakota. At eight years old, she attended a boarding school where, as she wrote, “was treated like an animal.” Around that time, she discovered her passion for music, later studying at the New England Conservatory of Music and teaching music to children at the Carlisle Indian Industrial School.

Zitkála-Šá’s writings about Indigenous life were published nationally during her lifetime. She fought racist stereotypes through writing and political activism while advocating against the boarding school system.

“[She was] building bridges and trying to figure out how to maintain her own cultural identity as well as make space for Indigenous people in the American tapestry,” explains Jaakola.

“Working with an entirely Indigenous team and knowing that our own families have experienced boarding schools and how that impacts us today, that connection is visceral — so how do we represent that?” Jaakola says.

The team worked to decolonize the production process. That included eliminating strict deadlines, bringing ceremony into creative meetings, and speaking with many Dakota people and direct decedents of Zitkála-Šá to better understand her heritage.

Jaakola’s daughter portrays Zitkála-Šá as a young girl in the film. 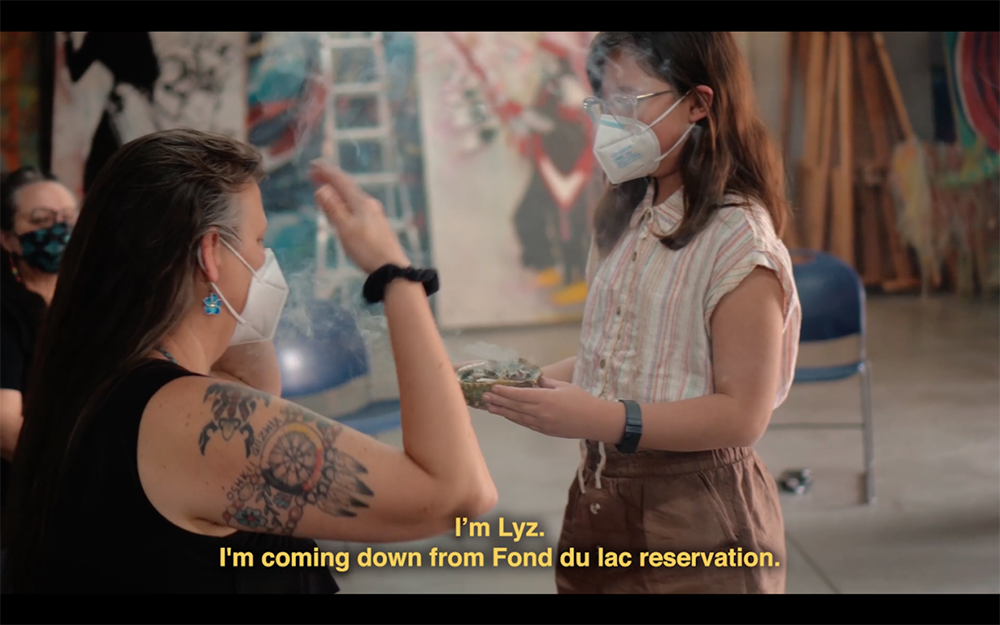 Lyz Jaakola and daughter Jagger Ripley-Jaakola during pre-rehearsal smudging. Still from “Making a Zitkála-Šá Opera,” a documentary about the production process. Find episodes one and two here.

“Her heritage includes Santee Sioux [and she is] singing Dakota phrases [in the film]. I don’t think she quite gets how cool it is because in her world, hearing Indigenous languages is not so rare. But for me, as a 53-year-old mother, to hear my kids doing that is pretty amazing. And I’m in awe; I feel grateful.”

“Music has the ability to help us process things that we didn’t even know we were carrying,” Jaakola adds. “I hope that somebody who experiences [the film] can understand themselves and their own journey, their own experience, as they learn more about Zitkála-Šá.”

75 pay-as-able tickets are available per show. Performances presented in English and Dakota with open captioning and translations.