NORMAN, Okla. — From online talks to limited receptions, Native curators and artists around the country are finding creative and interactive ways to host art exhibitions during the pandemic. 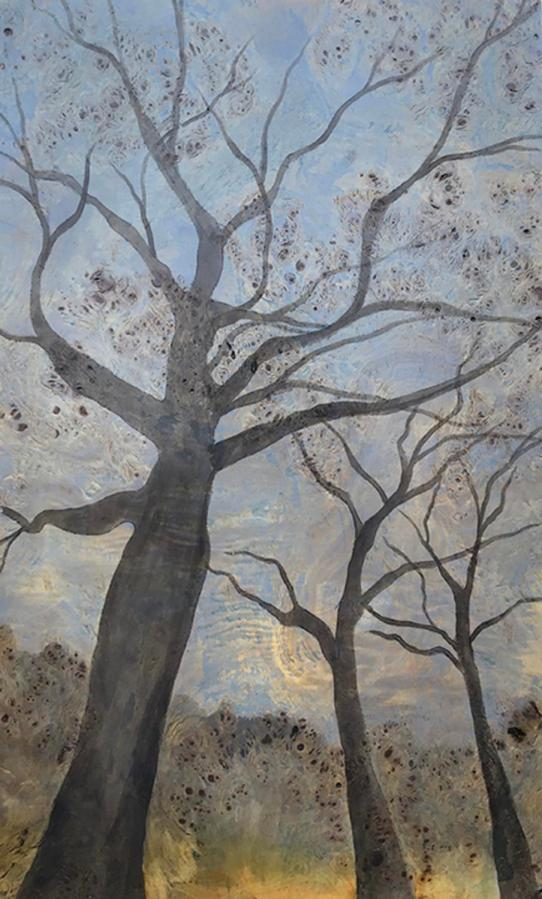 This fall, the Jacobson House Native Art Center is set to launch an Anishinaabe group exhibition entitled “Azhwakwa: Contemporary Anishinaabe Art,” which celebrates the cultural survival of the largest collective Native group north of the Rio Grande. Referencing the Potawatomi term for “beyond the woods,” Azhwakwa explores ways Anishinaabeg have maintained their cultural connections despite living away from ancestral homelands.

“Here in Norman, there’s a large Citizen Nation Potawatomi population, and I wanted to give them and other local Anishinaabeg an opportunity to soak up their own visual culture, by inviting Oklahoma Anishinaabe artists but also artists from the Great Lakes,” said Meredith.

“Due to the pandemic, I want the show to have a strong online presence and hopefully print presence. I'm inviting artists to participate in a series of Zoom discussions on Monday evenings, so anyone interested can engage with the artists without leaving their homes.” 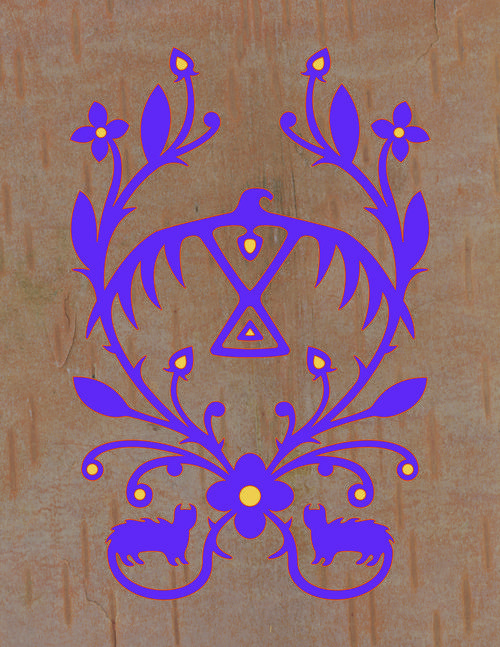 “Who We Are” by Neebinnaukzhik Southall (Rama Chippewa). Digital art on paper, 24 × 18 in.The exhibition will run from Aug. 22 through Oct. 18 with a tentative outdoor opening reception on Aug. 22 from 11 a.m. to 2 p.m. There will be a series of online
discussions with artists beginning on Monday, Aug. 24 at 7 p.m. CDT, with Neebinnaukzhik Southall (Chippewas of Rama First Nation) presenting on “Anishinaabe Aesthetics” via Zoom. As well, Jacobson House will provide private touring options during normal business hours.

“The Jacobson House is a small, intimate space, so that might prove an advantage,” Meredith said. “Luckily, the city of Norman and the University of Oklahoma both have mask mandates, so locals understand the importance of masks and social distancing. We'll encourage people to visit outside after touring the exhibition in household groups.”

The various artists employ a vast range of techniques and materials. Some use culturally significant natural sources such as porcupine quills, black ash, fumage (smoke art), while others like Webster utilize modern computer programs to create exquisite jewelry with Anishinaabe iconography.

“It will be a mix of artists who can harvest black ash, birchbark, sweetgrass, porcupine quills, and other cultural materials connected to Anishinaabe homelands but also artists who grapple with being diaspora and expressing their
culture even if they live in Arizona and New Mexico,” said Meredith. “Native people might move throughout their

"I am very honored to be able to represent my Potawatomi people,” said DuBoise-Shepherd, manager of Education and Outreach at the Mabee-Gerrer Museum of Art. “For this exhibition, I chose pieces that I believe best represent my Bodéwadmi-Potawatomi people in culture and traditions. These pieces depict my family or relatives in traditional and non-traditional clothing in the midst of participating in ceremonial doings.”

DuBoise-Shepard noted she feels grateful that she’s been able to delve more into her art during the pandemic.

“Artists are sensitive to changes and have a strong emotional association with what is going on around them, and I feel for my fellow Native and non-Native artists,” she said. “I trust through my art I can bring a smile to people's faces and let them feel happy even just for a few seconds.”