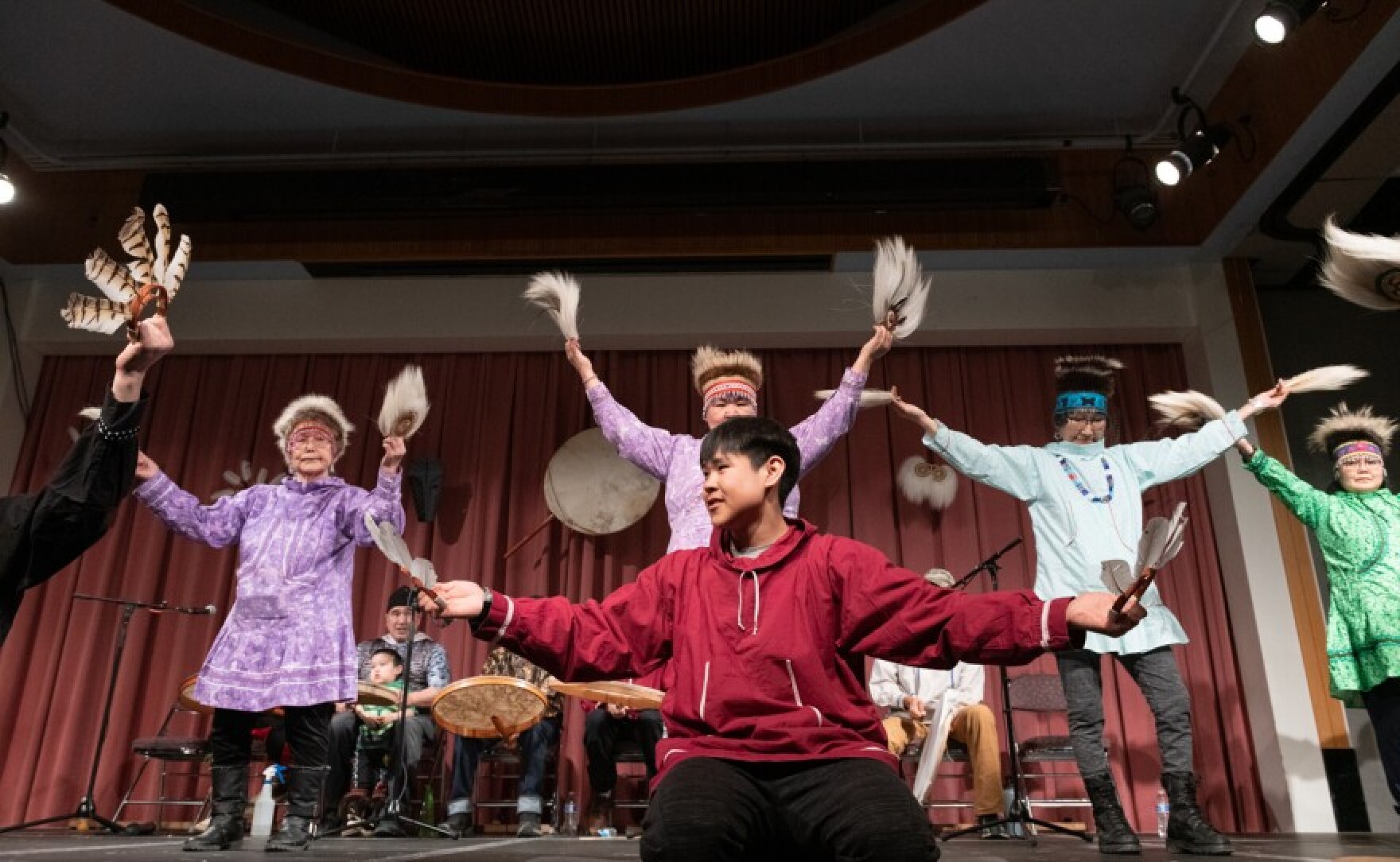 As the Chefornak dancers took the stage on the first day of the Cama-i Dance Festival, the group leader reached for a microphone. Drummer Sam Flynn asked for a moment of silence to honor community members who had recently died.

“Quyana,” Flynn thanked the crowd after about 15 seconds.

The group then arranged themselves in three rows on the Bethel stage and began to dance. Drummers seated at the back held wide, flat drums called cauyat. Dancers held fans called yurarcuutet. The first song described subsistence animals — walruses, rabbits and geese.

The group is dancing this year without one of its main elders, who died recently of COVID-19.

“He was the only elder we had and while he’s passed on, we’re trying our best,” Flynn said.

The Chefornak group performed at the last Cama-i in 2019. The year before that, they’d had to pull out at the last minute when Chefornak Tribal Council President and drummer Walter Lewis died suddenly in a snowmachine accident.

With the losses brought on by the last few years, Flynn said, being back at Cama-i feels like a reunion.

“It’s relieving,” Flynn said. “Because those people that pass [are] out there in their spirit … joining us.”

Just gathering to yuraq together is a relief, too. Chefornak dancer Lorraine Tom said yuraqing, or Yup’ik dancing, is something her whole village does together, especially in the winter.

“When the days are shorter, that’s when we enjoy dancing more. Wintertime was pretty hard for a lot of us,” Tom said.

The group was able to practice a little outdoors over the summer, but gathering during a pandemic has proved difficult, since most of the indoor gathering spaces they would usually dance in were closed to the public.

The Chefornak dancers began yuraqing regularly again just a few months ago to get ready for Cama-i. Tom said it felt restorative.

In their final dance, the Chefornak group invited the crowd to join in on a well-known song depicting a seal hunt. Children and adults climbed on stage alongside them and performed in sync. Audience members mirrored the dancers’ hand movements and elders nodded and tapped their feet as drums grew more intense.

“​​I really like it because a lot of us get to scoot up front to make room for the others. The way we share some joy with the people that we don’t normally yuraq with feels pretty good,” she said. “Even feels good that they even know the songs that we yuraq.”

The Chefornak dancers expect to be back again next year.