Beyond Bourbon and Hats: The Kentucky Derby and Indian Country 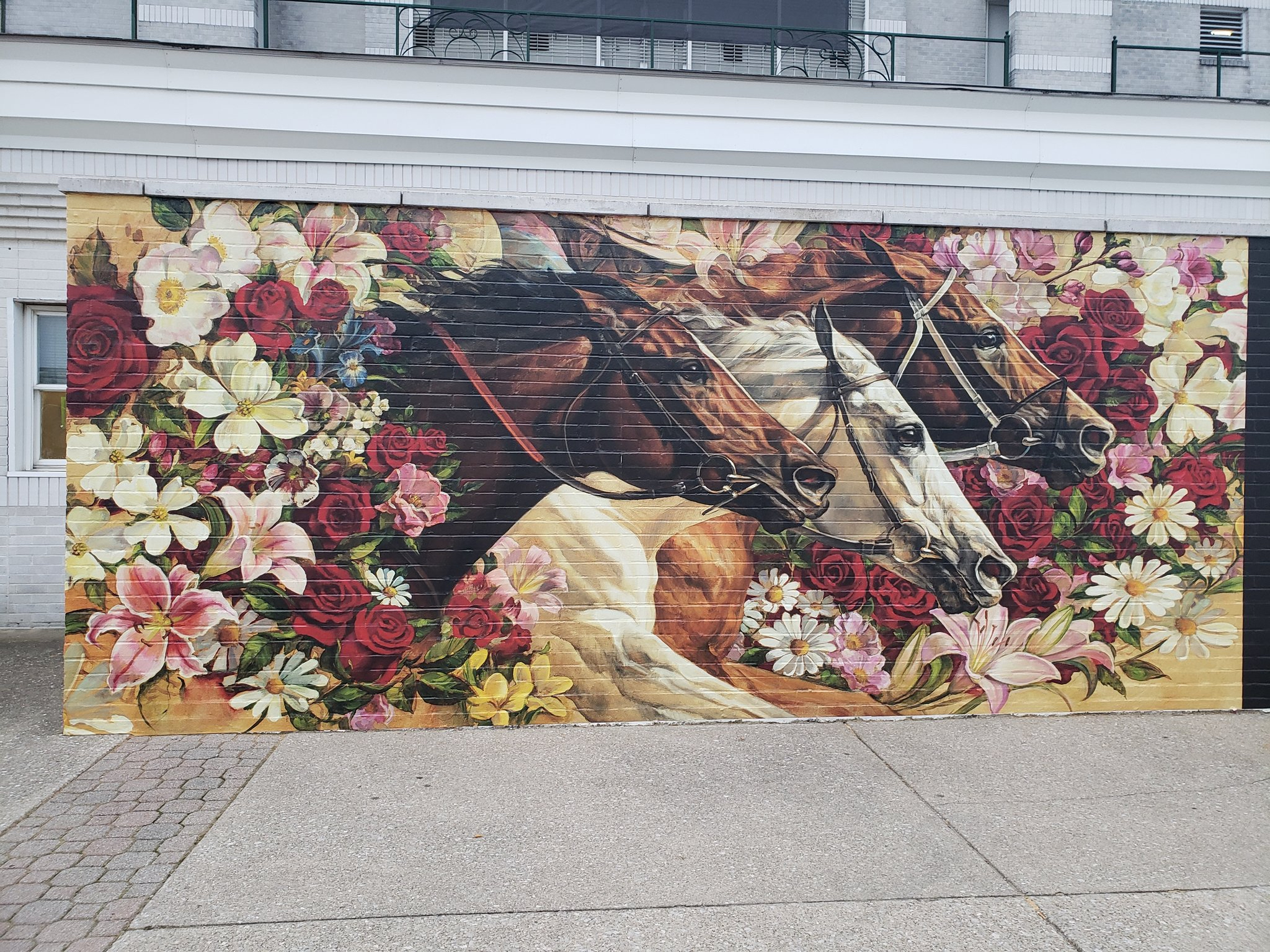 The first Saturday in May welcomes the 148th Kentucky Derby, the most celebrated horse race in the country, at Churchill Downs in Louisville, Kentucky. This year’s race, on May 7, will be the 148th running. Horse racing was one of the first major sporting activities in U.S. history. Thoroughbred racing as an industry evolved from the settlers in the American Colonies, with the first organized race by settlers in Maryland in 1745.

Horse racing has a deep history in Indigenous communities, as games and contests have long held importance in tribal life.

Evidence finds that the horse was in North America well before Christopher Columbus arrived in 1492. Early horse racing emerged from both warfare and sport. Victors received praise and prominence. Races were also used to relax disputes between contentious tribes. Men often held private trials to determine which of their horses were fastest before they lined up against neighboring horses.

Larger, more formal events developed around seasonal hunts or harvests. For instance, around 4,000 people witnessed a race in 1830 near present-day Denver. Races usually took place on a straight track up to a mile long. Some of these early races began with a “wheel and run” system rather than today’s starting gate. That procedure essentially lined the horses backward, with their tails towards the starting line. Once the gun went off, the horse would “wheel” around and take off.

Along with the excitement, gambling was popular as the sport evolved. It was common for Comanches to bet horses, blankets, or cattle; Navajos would wager buckskins, saddlebags, or blankets; and the Blackfoot would gamble guns, bows, and arrows, or lodges.

In today’s market, the Kentucky Derby is one of the most gambled-on sporting events, though far behind the Super Bowl. In the pre-pandemic year of 2019, bets were just north of $250 million. Such high-stakes betting puts immense pressure on owners and trainers to bend the game's rules.

Last year’s Kentucky Derby winner, Medina Spirit, was subsequently stripped of its victory after it failed a post-race drug test where a banned corticosteroid – betamethasone – was found. Its U.S. Racing Hall of Fame trainer, Bob Baffert, denied any wrongdoing, but was subsequently suspended from the sport. The horse later died after a workout last December of a possible heart attack.

Baffert will not be in attendance on Saturday, and much of his history has been washed from the grounds. However, three horses he trained will be on hand at Churchill Downs – Doppelganger (in an undercard race), Taiba (12-1), and Messier (8-1).

Similar efforts, too, could be seen in early Indigenous competitions. Early racehorses received several treatments thought to improve performance. Drinks of spruce, juniper, or ponderosa pine were all given as performance enhancers. In contrast, ointments of jimsonweed or poison ivy could be applied to opposing horses’ mouths, legs, or feet to cause them to lose a race.

People took great lengths to care for horses. They were not merely tools to win races. They were family and spiritual beings. As Yvette Running Horse Collin (Lakota/Nakota/Cheyenne) explains, “[Horses] were special beings, in the same classification as children and the elderly, containing powers from which they could draw; certainly more meaningful than a mode of transportation. Horses took people not only on external journeys but also on internal journeys to an awareness of feelings and healing, and to the growth of the soul.”

Settlers of the 1800s went to great lengths to end Indigenous horse racing. Noting Native peoples’ reverence for the sport, settlers viewed such entertainments as disruptive and uncivil. Although these activities were considered sacred to Indigenous peoples, settlers viewed such actions as secular. Moreover, the gambling on the races was particularly troublesome for many settlers. As assimilation progressed, traditional races were shaped into a “more acceptable” relay-style race, within the bounds of a rodeo format, around 1917. Especially early on, rodeos served as common ground for whites and Native peoples to interact.

Indian Relay racing has taken off in mainstream popularity at powwows and county fairs since the 1980s. Though it’s more dangerous and involved than traditional thoroughbred racing, there is much overlap between the two sports. Teams compete by completing multiple laps, changing horses twice in the process, riding with simple bridles and no saddles.

Much of the Kentucky Derby’s history is clouded by racism and celebrates the Old South. Initially, black jockeys found success in the race. Fifteen of the first 28 Derbies were won by black jockeys. This span was marred by envious white jockeys and racist owners and trainers. Then, due to racism in the sport – and more broadly, the country – no black jockey got the chance to participate in the race from 1921 to 2000.

Historically, the majority of professional jockeys in the U.S. have come from Latin America–countries with large and integrated Indigenous populations. Much of their prominence can be traced to the development of jockey schools in Mexico City, Panama, and Puerto Rico during the 1950s and 1960s. Many Latin American jockeys have gone on to have great success at the Kentucky Derby. Since 2010, Latin American jockeys have won a total of eight times: John Velazquez (Puerto Rico) 2020, 2017, 2011; Mario Gutierrez (Mexico) 2016, 2012; Victor Espinoza (Mexico) 2015, 2014; and Joel Rosario (Dominican Republic) 2013.

With no attendance restrictions this year, the crowd will be at full strength. More than 150,000 people are expected to witness “the most exciting two minutes in sports” at historic Churchill Downs. This year’s winner will trot away with $1.86 million. 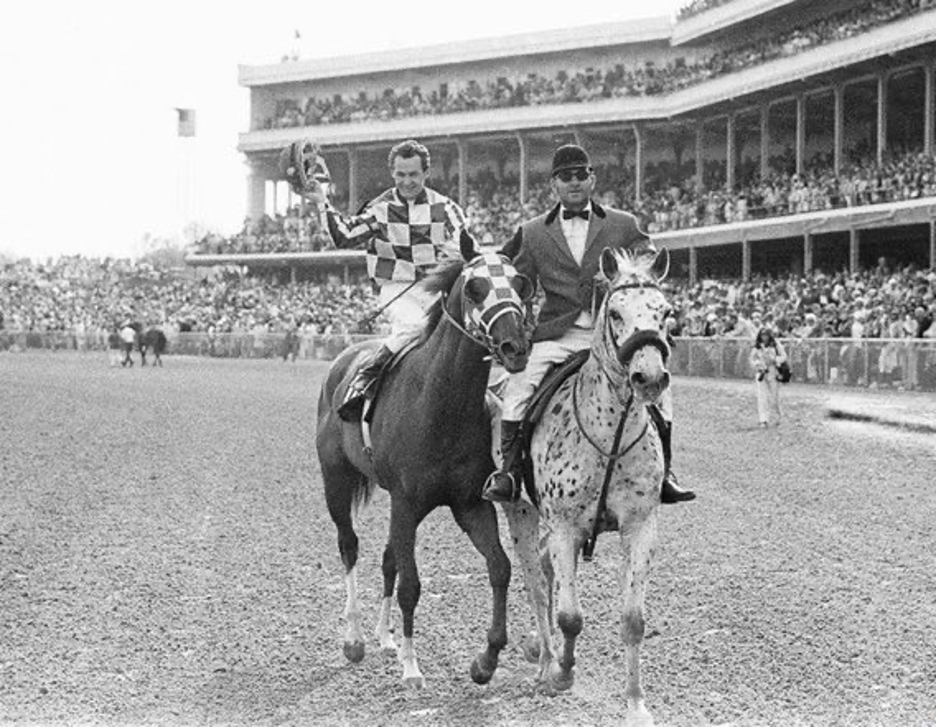