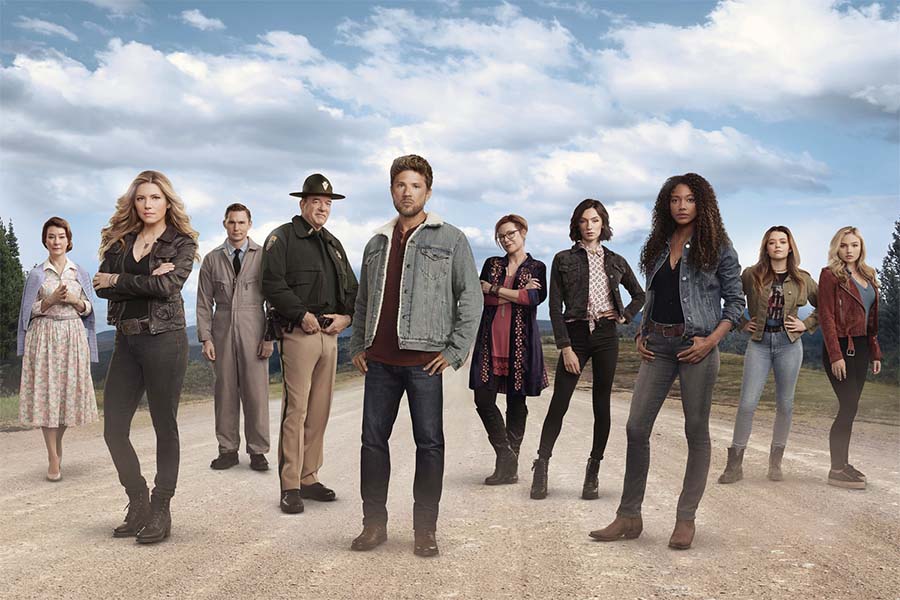 LOS ANGELES — ABC Studios has still not addressed concerns raised by Indigenous nations, organizations, and leaders that it’s new primetime show “Big Sky” demonstrates “at best, cultural insensitivity, and at worst, appropriation” by ignoring the Murdered and Missing Indigenous Women and Girls (MMIWG) crisis that is devastating tribal communities. Some of the hardest hit reservations are in Montana, where ABC’s drama is set. “Big Sky” is adapted from CJ Box’s novel, “The Highway,” and focuses on the abduction of young women from Montana’s highways.

In a two-line email, “Big Sky” creator, David E. Kelley, responded to what currently stands at some 150 Indigenous nations represented by multiple organizations. Kelley, who has produced numerous hit TV shows, including HBO’s “Big Little Lies,” complained that the Indigenous coalition “misspelled my name” and “never contacted us” prior to the alliance’s first press release.

“David Kelley appears to be concerned that Indigenous leaders spelled his name wrong, whereas those Indigenous leaders are concerned about raising awareness to stop this existential threat to Indigenous communities, namely the abduction, sex trafficking and murder of the life-givers – the escalating human rights crisis now categorized as Murdered and Missing Indigenous Women and Girls. David Kelley’s comment speaks for itself,” said Rain, the director of “Somebody’s Daughter,” the MMIWG documentary featuring Montana cases that Indigenous organizations and tribal leaders have asked ABC to bring to the attention of viewers through adding an information panel to “Big Sky’s” closing credits.

“We acted right away. The letter from GIC, the Rocky Mountain Tribal Leaders Council, and the Coushatta Tribe of Louisiana to ABC executives and Mr. Kelley was sent Nov. 17. Our press release was issued Nov. 19. What we have requested would take about an hour for ABC to generate, not days,” said Rodgers.

The Indigenous organizations’ Nov. 17 letter reads, “It is our sincere hope that you will enter into a dialogue with us to discuss including an information frame at the end of the ‘Big Sky’ show credits that directs viewers to the ‘Somebody’s Daughter’ documentary and factual information on the Murdered and Missing Indigenous Women crisis.”

“ABC’s ‘Big Sky’ is exploitative. Cultural and experiential appropriation is prevalent in Hollywood film and TV. Time and again Hollywood writers pluck Indigenous lived traumatic experiences from the headlines to exploit in their fictionalized dramas for the entertainment of mainstream audiences with no accountability whatsoever,” explained Georgina Lightning, who presently stars in hit Canadian TV drama “Trickster.”

“Systemic racism has supported Hollywood’s exploitation of our ongoing traumas for decades,” Lightning continued. “Why would ABC not ally with the Indigenous community and include that info in the show’s credits? ‘Somebody’s Daughter’ is such a powerful and important film that reveals the reality of the MMIWG tragedy. The updated version of the film covers what the UN calls ‘the shadow pandemic’ that has raged through our communities during COVID-19, that being the further escalation of violence against women.”

“Native American erasure is a part of the foundation of the United States. Native people have been asking to be included but not tokenized and our voices are not valued. Native erasure is harmful to the issue of Missing and Murdered Indigenous Women, Girls, and Two-Spirits. Denying the problem is engaging in colonialism,” warned Cecelia LaPointe, Executive Director of the Native Justice Coalition.

In his email, Kelley claimed “Big Sky” “acknowledges” the MMIWG crisis. “We can hope that’s true, but it raises the question of which Indigenous leaders and communities did David Kelley and ABC consult with?” asked Chief Judy Wilson of the Union of BC Indian Chiefs, headquartered in Vancouver, B.C. “Big Sky” was filmed on unceded First Nations territory in the Vancouver area. “A lack of consultation and engagement with Indigenous communities is standard practice for too many in the entertainment industry, which is why there are so many misleading and stereotypical portrayals that are damaging to our people,” she said.

“This is such an easy fix for ABC to make. Indigenous leaders are reaching out to ally and inform, to open a dialogue. They’re not asking for ‘Big Sky’ to be taken off the air, they’re simply requesting that information about the MMIWG tragedy be presented at the end of the show’s credits. I sincerely hope they do it, and contribute to saving lives,” added Rain, who also served on the Biden-Harris Indigenous Policy Committee and is a delegate for the International Romani Union.

President-elect Joe Biden and Ambassador Catherine Russell are featured in the upcoming edition of “Somebody’s Daughter.” Ambassador Russell was just appointed director of the White House Office of Presidential Personnel in the incoming Biden-Harris administration. In the film, Mayor Pete Buttigieg calls the MMIWG crisis “an unconscionable human rights emergency that we must work together to end.”

U.S. DOJ stats underscore Mayor Pete’s urgency: 84 percent of Native women experience violence in their lifetimes, and one in three will suffer rape. According to data published by the Urban Indian Health Institute, in 2016 more Indigenous women and girls were murdered or missing in the U.S. than the U.S. military suffered fatalities in the Iraq War. In Montana, backdrop for “Big Sky,” Native Americans account for 6.7 percent of the population but comprise some 26 percent of the state’s missing persons cases.