Jaden Garza of Nomad Internet: The Story of a Small Business Owner and the Power of Connection

Jaden Garza is the founder of Nomad Internet, and a small business success story in every sense of the word. His company got its start in 2017 and has experienced exponential growth in the past few years. Nomad provides wireless to those who need it most, and Garza is proud of the work he’s done to help customers from all walks of life. 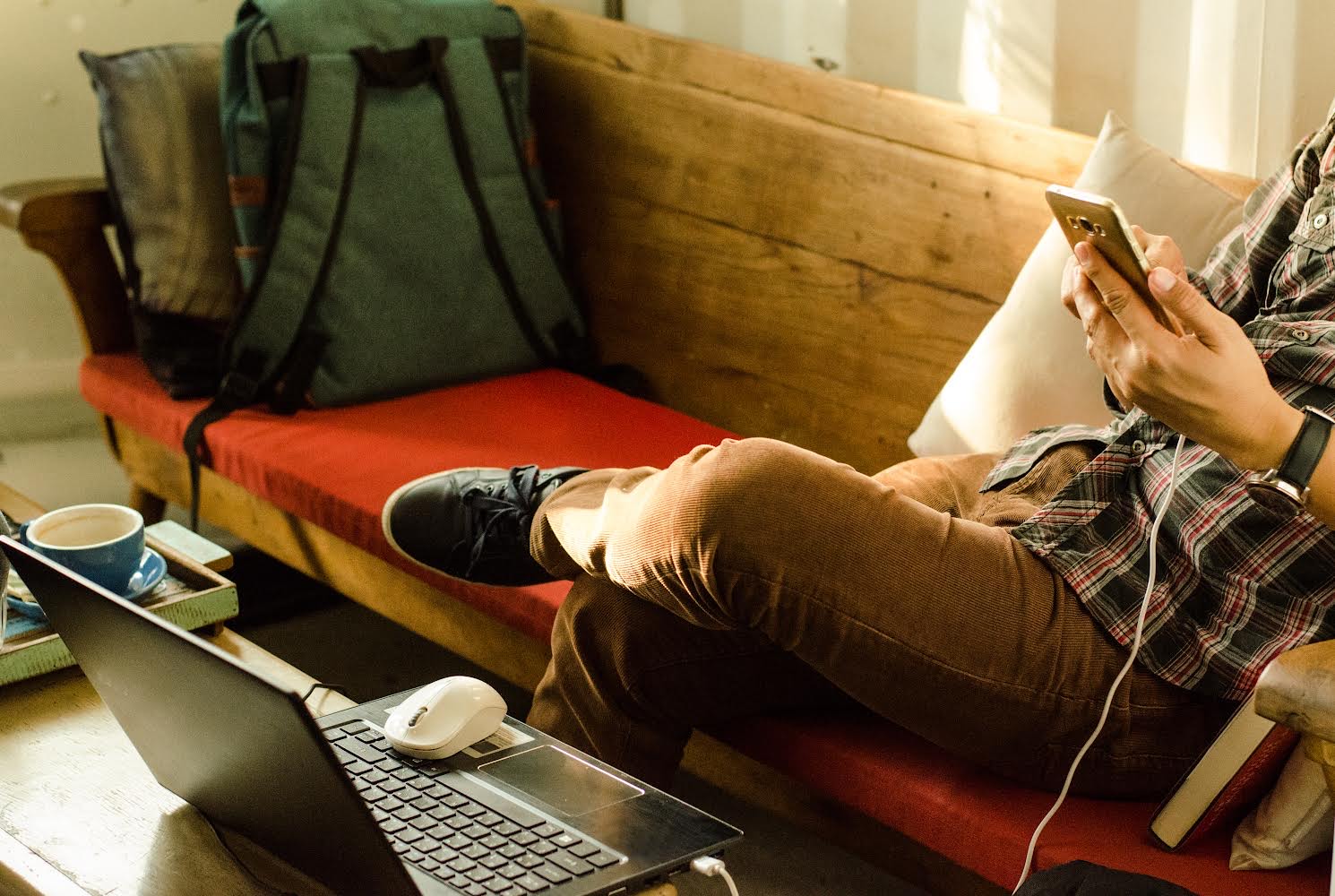 Garza has managed to expand his customer base by recognizing the day-to-day realities of those who live in remote areas in the US. What started out as an observation on his part has turned into a full-fledged business.

The internet has been a game-changer for billions of people all over the world. It’s not just the ability to communicate with people all over the world, it’s an opportunity to make nearly every aspect of life a little easier. The possibilities are truly endless. Those who live far from their doctor can use teleconferencing services for emergency help. They can pay their bills automatically, set up appointments, and file important paperwork.

Yet, for as pedestrian as the internet is for many people, the larger reality is that access for many is unreliable at best. Most people take it for granted that they can get online and do what needs to be done, only remembering that this isn't the case if they're in an area with poor wifi. The location of the technology can significantly limit not just whether people can connect, but also the speeds at which they connect. If the satellites are miles away or the equipment is shoddy, it’s the residents who suffer.

Jessica and Jaden Garza had the idea for Nomad Internet after they noticed that wifi in internet parks was laughably unreliable. As the name suggests, the couple wanted to bring technology to everyone who wanted it — even when they weren’t living in the heart of a major city. The story of the company is built on Jaden Garza’s tireless commitment to the cause.

He didn’t have support from a rich family or even unlikely investors. He just knew that it wasn’t fair that only some people could get online without having to worry about constant disruptions — and others just had to make do with next to nothing. Garza turned out to be in luck because RV park owners had the same thought. They wanted to improve their wifi to help the people who lived or stayed on the property. The perk would help them attract quality tenants and allow them to raise the prices for their nightly or monthly fees.

Johnson City, TX: Where It All Began

The first installation took place in an RV park in Johnson City, TX in 2017. The park already had wifi, but it wasn't enough to handle all of the traffic. The park owners wanted enough bandwidth so that residents would be able to run multiple devices at the same time. After the Garzas successfully completed the installation in Johnson City, they moved onto a full-time park in Seguin, TX.

The difference between Johnson City and Seguin was a matter of scale. When people live in an RV park all-year round, the need for Wi-Fi is far more critical. If you’re camping in an RV park for a night or two, you may just want to stream a movie or TV show. If you’re staying full-time, you’ll need the internet for numerous everyday tasks. Jaden Garza saw that it wasn’t just the speed that was a problem in Seguin, it was the sheer weight of everyone trying to access the same internet at the same time. Even if people could connect, they had difficulty loading pages.

Garza decided to keep costs down by implementing LTE for Seguin, a decision that added an extra 40 megabytes per second for the residents. Affordable and effective, it turned out to be the launching point that Nomad Internet needed to really get ahead.

The first few installations were successful enough that Jaden Garza started getting real word of mouth. His business may have been small at the time, but he had proven himself to be reliable and creative when faced with a problem. In 2018, the Girl Scouts of America (GSA) were looking for a company that could help them outfit their park in San Jacinto.

Some of the quotes that GSA was getting were outrageous, with bids that reached above 6 figures for the park! When GSA decided to give Nomad Internet a chance, they were impressed by Jaden Garza’s solution. He negotiated an LTE kit through BaiCells Technology and bought a base station from the same company, resulting in high-speed internet at rock-bottom prices.

This turned out to be a prelude to Garza’s business acumen. He wasn’t just up to date on the latest technology, he was adept at adapting that technology to meet the emerging needs of his customers. From 2018 to 2020, Nomad Internet methodically built the business one connection at a time. Once they had enough experience under their belt, Garza decided to switch audiences. Instead of working largely with businesses, he decided he wanted to offer up to unlimited wifi to consumers in rural areas instead.

WiFi and the Pandemic

Garza decided to change his business model to work with people individually. He saw that he could bring the same LTE technology to people at an affordable rate, so he changed his services to those who lived outside the RV park. Because he didn’t rely on fiber lines, he was able to offer excellent speeds at excellent prices. The benefits that he offered were priceless during the pandemic, as everyone would need a connection to stay updated about the most basic news and services. Because of the extra demand, Garza was able to hire a full-time staff.

By October 2020, the company had doubled their customer base from 5,000 to 10,000 in just a few months.  Nomad Internet moved from shared office space to private office space in the same month. It turned out to be a turning point for the company, one that Jaden had worked long hours to make happen. Once he had the extra space and the staff gathered in one place, the business really started to take off. By June 2021, Nomad Internet had 20,000 customers. The growth allowed the company to relocate to a standalone building on 10 acres of land.

The Culture of Nomad Internet

Nomad Internet was built on the idea of being away from the noise of the city, and this concept extends to work culture too. In the new building, employees can wander around on walking trails and sprawl out in greenspaces across the land. Jaden Garza wants his employees to commit to their jobs, but he wants them to work hard because they’re inspired.

Team members don’t have to be trapped in conference rooms when they can let the creative juices flow outdoors. Garza took the opportunity to remodel the offices to fit the company’s aesthetic as well, making it a fun and engaging place to work for everyone.

An Endorsement from CNET

Nomad was recently endorsed by CNET, an honor that they proudly display on their website. CNET is a review platform that consumers have come to trust for unbiased advice. The information and recommendations can’t be bought, which is why so many people check their official reports before spending their hard-earned money. Not only did CNET give their readers general information about how to find the best internet services for them if they lived in a rural area, but they also specifically singled out Nomad Internet as one of the best providers.

Jaden Garza is a business owner who has made a name for himself in his home state of Texas and beyond. He’s known for manipulating emerging technology to fit the needs of his customers and adapting his business model to maximize margins for the benefit of both his customers and staff. By finding the most effective solutions for people living in remote areas, he was able to exponentially grow his customer base over the course of just a few years. Today, his company is endorsed by both consumers and businesses alike.