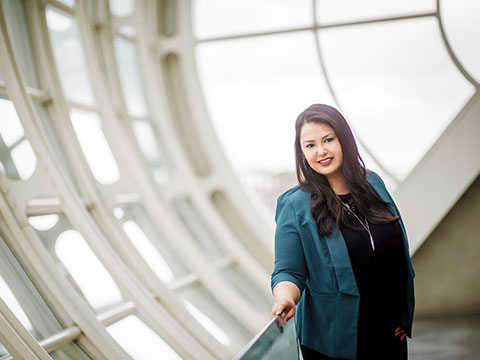 This event has been cancelled. Organizers said: "The 50th Anniversary celebration will be rescheduled for a later date."

At the start of 2020, American Indian Graduate Center celebrates a significant milestone anniversary – 50 years since their first scholarship was given! The American Indian Graduate Center 50th Anniversary Gala: A Nation of Scholars will be held on March 25, 2020 from 6 to 9 PM at Coasterra Event Center and Harbor Float in San Diego. Buy a ticket or reserve a table in your organization’s name today.

“We are so proud of the impact we’ve made and grateful for all who have helped make American Indian Graduate Center a half-century success,” said Angelique Albert (Confederated Salish & Kootenai Tribes), American Indian Graduate Center Executive Director. “The success of our scholars in college and beyond is an indicator of our success as an organization. Our legacy would not be what it is today without them. With such a positive impact on Indian Country and the nation as a whole, I invite and every one of you to celebrate with us!”

Upon reflection of the past five decades, American Indian Graduate Center’s legacy is massive. As the Center for Native Scholarships, American Indian Graduate Center has awarded $15 million in scholarships annually and more than $200 million since inception. The organization has empowered scholars from over 500 Tribes in all 50 states. They administer over 20 scholarship opportunities, in addition to offering support services that are designed specifically to address the needs of Native students in post-secondary education.

The Next Normal: Could this be a glimpse into life in the 2030s
Fintech Is Booming in Indian Country
How to remove unconscious bias from the workplace.
Freelance, side hustles, and gigs: Many more Americans have become independent workers
BUY AMERICAN – BUY AUTHENTIC INDIAN ART TAKE HOME A TREASURE FROM INDIAN COUNTRY