Yurok Tribe Asserts Sovereignty in Keeping COVID-19 Off the Reservation 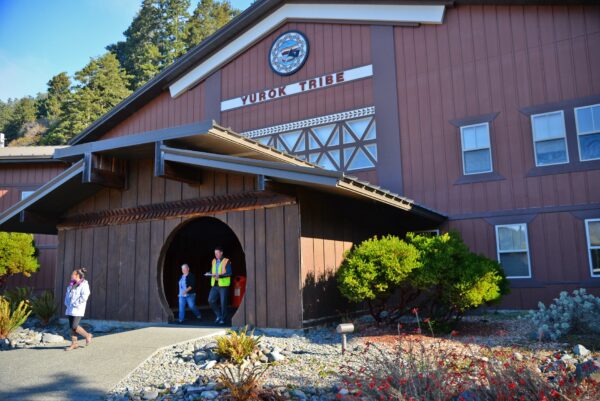 KLAMATH, Calif. — There’s a reason the Yurok Reservation has zero cases of COVID-19, according to its leaders: tribal sovereignty.

Despite more than 200 positive cases of COVID-19 in two neighboring counties, the Yurok Tribe has managed to keep the virus at bay on its reservation. In doing so, the tribe has asserted its sovereignty and pushed back against non-Natives who failed to respect the tribe’s right to self-govern.

“We have the tightest restrictions to stop the spread of COVID within the state of California,” said Serene Hayden, chief of Yurok Office of Emergency Services (YOES) and the tribe’s Incident Commander for COVID-19. Hayden praised Californians for their efforts to flatten the curve, but urged county, state, and local tribes to work together more closely.

“Counties around us have looser restrictions, and the numbers have increased,” she said. “They need to expand their closures.”

As of Tuesday, Humboldt County, which is south of the tribe’s reservation in Klamath, had reported 149 positive cases and four deaths. Del Norte County, which is adjacent to the reservation on the north, had reported 58 positive cases. Those numbers could increase after a busy Independence Day weekend that drew holiday travelers from around the state, according to local media reports.

Beginning in March, as the virus began to emerge in the Pacific Northwest, the Yurok Tribal Council took aggressive actions to protect its tribal citizens on the 85-square-mile reservation.

On March 13, the Yurok Tribal Council issued a State of Emergency declaration, and announced a subsequent reservation closure on April 6. The closures affected all tribal offices, facilities and schools, and postponed all meetings and events. The reservation closure response was triggered by a tribal member’s presumptive positive COVID case in Humboldt, just south of Del Norte, and “to protect the most vulnerable and prevent the health care system from being overwhelmed.”

Although the Yurok Tribe closed all offices until further notice, tribal leaders are in constant contact with their community providing information to help protect their citizens through a series of press releases and social media postings.

Even with the Tribal Council’s proactive measures, there have been challenges.

According to a statement released by the Yurok Tribe, a challenge to their sovereignty involved a dispute with a local diner over sit-down service that violated tribal laws established to prevent the spread of COVID-19. The tribe alleged the Log Cabin Diner was located on fee land within the Yurok Reservation and therefore under the tribe’s jurisdiction.

The owners of the diner and some members of the community, including a county supervisor, believed differently.

“The Tribal Council is acutely aware of the tremendous strain this public health emergency is having on local businesses,” Joseph L. James, chairman of the Yurok Tribe said in a statement. “We fully support the Log Cabin Diner’s ability to offer to-go orders, but we do not support this affront to Tribal sovereignty and the health of our people.”

In addition, although Klamath is not in his district nor where he resides, Del Norte County Supervisor Roger Gitlin displayed a “complete disregard for the Tribe’s sovereignty and the safety of local citizens” for inviting his followers on social media to “drive down to Klamath” and dine at the Log Cabin, according to the Tribe. 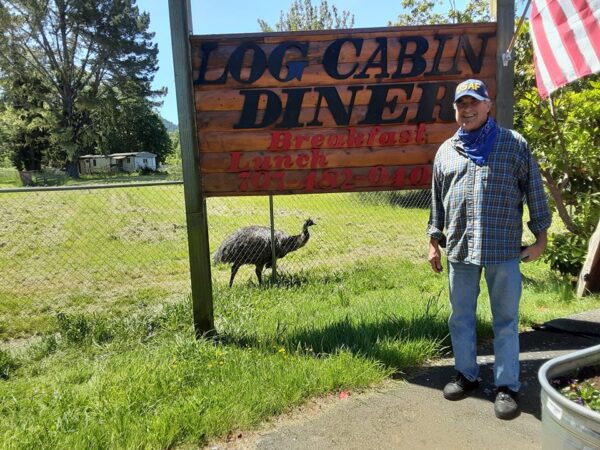 Del Norte County Supervisor Roger Gitlin displayed a “complete disregard for the Tribe’s sovereignty and the safety of local citizens” by inviting his followers on social media to “drive down to Klamath” and dine at the Log Cabin, the Tribe claims (Facebook Photo)On May 4, the Yurok Tribal Police Department, in coordination with the Yurok Tribe’s Incident Command team and Public Health Officer, delivered a cease-and-desist letter advising the owners of the Log Cabin Diner to immediately discontinue dine-in service. As stated by tribal officials in a press release that same day, “Local Diner Owners Violate Tribal Directive, Put Reservation Community at Risk.”

In a Facebook post, Supervisor Gitlin contradicted the tribe’s sovereignty in a comment, writing, “The Log Cabin is not under the jurisdiction of the Yurok Tribe. The Log Cabin sits on a County Assessor Parcel Number (APN) and answers to the Public Health Officer and the Sheriff’s Department.”

Gitlin’s comments challenging the tribe seemed to contradict his own county’s local public health guidelines. A May 11 statement issued by Del Norte Department of Health and Human Services Public Health Officer Warren Rehwaldt, M.D. advised: “On March 19, 2020, the Governor Issued Executive Order N-25-20, requiring all residents to heed the guidance of state health officials, which in turn provided that ‘restaurants should be closed for in-restaurant seated dining, and should be open only to drive-through or other pick-up/delivery options.’”

In its continued efforts to protect its citizens from the coronavirus, the Yurok Tribal Council recently appointed Angie Brown as the COVID-19 Incident Command Team’s Public Health Officer. Brown will provide medical oversight on the enforcement of the Tribe’s Public Health Ordinance and other regulations while assisting the Yurok Public Health Task Force, which is responsible for developing and implementing plans to prevent the spread of COVID-19.

“I am excited to help the community in this new capacity and am looking forward to building upon all of the great work that has been accomplished to date and continuing in an effort to create community wellness and prevention through a culturally sensitive, holistic and trauma informed/resiliency approach,” Brown said in a press release.

“This is not the time to let our guard down,” Mendes said. “We are 100 percent vigilant in terms of protecting the most vulnerable community members. We are headed in the right direction, but we are not out of the woods yet.”