What Have Democrats Done for Indian Country Lately? 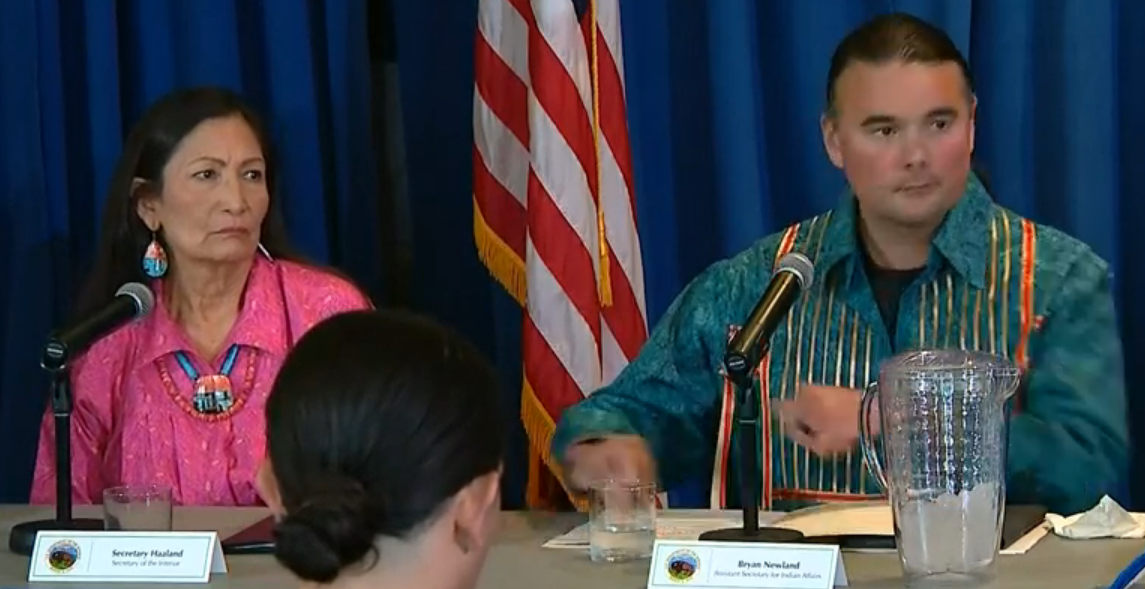 Opinion. Occasionally, I see posts by Native News Online’s readers on our popular Facebook page who call me out for being charitable towards Democrats. Some commenters maintain that neither of the two major political parties have been kind to Native Americans. Others comment that Democrats take the Native vote for granted. Still others say negative things about President Joe Biden.

Rarely, if ever, do I respond to comments our publication gets on social media. Quite frankly, I don’t have time to engage with readers who just want to argue, especially if they are social media trolls who simply want to perpetrate their agenda.

However, with the 2022 midterm elections looming, I want to address what Democrats—and more specifically, the Biden administration—have done for Indian Country in the last two years.

Let me use as a starting point when almost two years ago, then President-elect Joe Biden nominated Rep. Deb Haaland (D-N.M.) to serve as the secretary of the U.S. Department of the Interior. Once she was confirmed by the U.S. Senate, Haaland, a member of the Laguna Pueblo, became the first-ever Native American cabinet secretary in American history. It was historic and meaningful to Indian Country because at last Native Americans had someone running the Interior Department that oversees most Native American programs operated by the Bureau of Indian Affairs (BIA) and the Bureau of Indian Education (BIE).

Beyond his selection of Secretary Haaland, Biden chose Mohegan Chief Marilyn “Lynn” Malerba to serve as the treasurer of the United States and Charles F. “Chuck” Sams III (Umatilla) as director of the National Park Service. In total, there are 50-plus Native Americans serving in key positions across the Biden administration. That is unprecedented among any administration—Democrat or Republican.

Haaland’s work at Interior has been especially impactful. Weeks after she was sworn into office, the May 2020 discovery of 215 remains of school children at the Kamloops Industrial Residential School in Canada shocked the world and spurred a global conversation about Indian boarding schools and the attempted assimilation of Native children. Haaland quickly established the Federal Indian Boarding School Initiative, which provided a historic report on May 11, 2022.

It’s doubtful that any other Interior Secretary would have established the boarding school initiative, let alone issue a report that detailed the atrocities committed against Native children as a result of federal government policy. As a Native woman, Haaland saw this work as imperative for Indigenous people and the country as a whole.

Indian Country can look at the largest-ever investment in Indian Country via the American Rescue Plan Act (ARPA). The funds were allocated to tribes and urban Indian health agencies to combat the COVID-19 pandemic and support tribal economic recovery. It should be noted that not a single Republican in the House of Representatives or the U.S. Senate voted for ARPA.

Again, not a single Republican in the House or Senate voted for the Inflation Reduction Act.

I am not suggesting all Republicans are anti-Indian Country. But given how our federal government works, congressional Republican votes against legislation that has been crafted to be inclusive of Indian Country cannot — and should not — be ignored.

It is starkly obvious that Republicans are dead set against voting for any legislation proposed by the Biden administration and congressional Democrats. They will howl about out-of-control government spending and the pending economic apocalypse.

But if you only listen to the GOP’s rhetoric, you’ll miss out on an important fact: Democrats have a track record of including Indian Country in their agenda. There can be no denying that Democrats and, more specifically, the Biden administration, have been inclusive in their dealings with tribes across Indian Country.

During the 2018 and 2020 elections, Native Americans voted at higher levels than in previous elections. In certain states — Arizona, New Mexico, Michigan, Nevada and Wisconsin — Native voters influenced the outcome of elections.

"The administration has invested in the span of 18 months more than $45 billion in Indian Country at record levels," Assistant Secretary of the Interior for Indian Affairs Bryan Newland (Bay Mills Indian Community) said in Grand Valley State University in Grand Rapids, Michigan. "The total annual budget is $4 billion. So in the span of 18 months, this administration has infused about ten years worth in Indian Country."

As you cast your vote on Tuesday, I hope you ask yourself what the candidates on the ballot have done for Indian Country lately. Or if they’ve even considered what your concerns or needs are in 2022 and the future.