Guest Opinion. Traditional American Thanksgiving acknowledges a feast shared between Pilgrims and Indigenous Native people. We know our people assisted with the early immigration process of those people arriving from Europe because they were pitiful, hungry and starving. We were kind and loving people who helped them. However, once they got a foothold, they tried to completely extinguish us, stole our lands and now we are supposed to be thankful. This runs similar to the “Redskin” mascot Issue or the “Columbus Day” celebration of genocide. Today, we are supposed to celebrate Thanksgiving, which is part of the “Broken Circle” corporate holidays. 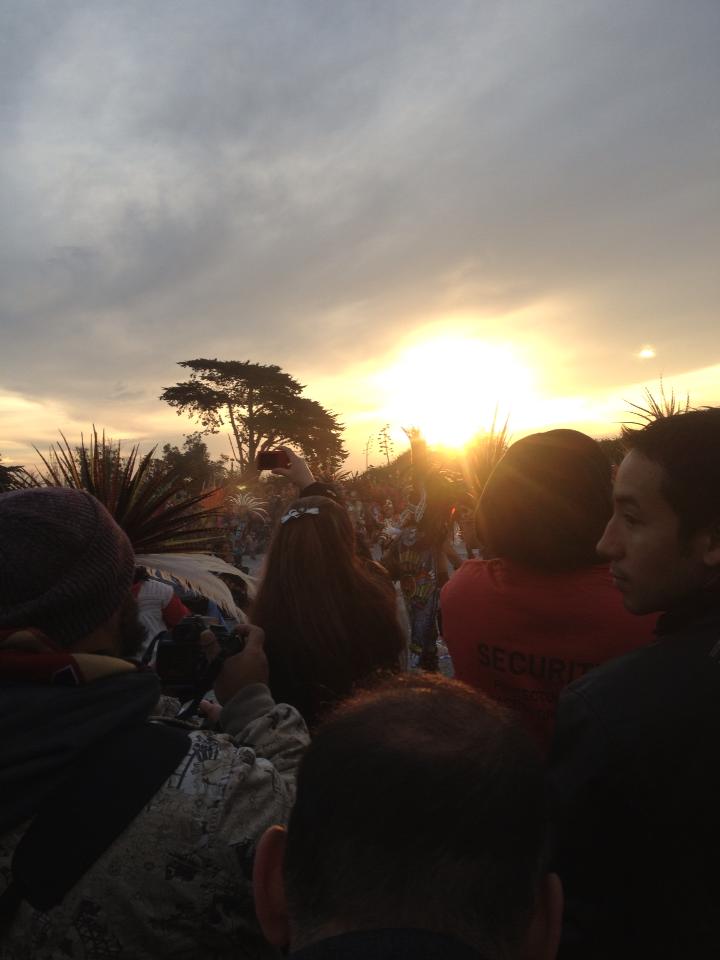 We come from Indigenous matriarchal cultures and not an “American experiment” that was made up 500 years ago.

Our great chiefs tried to help but women and Indians were left out of these founding documents. The government and Christian boarding schools have negatively impacted generations before us, we are trying to heal and have learned to be accommodating. Yet, we have all been spoon fed a colonizing education with fake holidays that we observe and are hard to digest. How long are we supposed to support an artificial reality and holidays from the Colonist’s racist and discriminatory perspective when our people came from cultured societies who practiced real ceremonial observances throughout the year? This is our country and our people are continually dishonored.

We are thankful to have survived the genocide!

As Indigenous people, being thankful for life and breath is something we practiced every day and not once a year. We maintain concentrated positivity in our songs that come from our heart and soul and carry on light to nature all around, positive thoughts of a bountiful harvest with plenty of food for our people. We envision butterflies representing beauty and happiness for our families and children, which is incorporated into our dances. We depend on nature for our survival and nature depends on us, thus reciprocation is very personal to our heart and soul and transformed into our living culture thru prayer, ceremonies, songs and dances.

Its good to take the time to be thankful for your many blessings together with your families but do this every day and extend it to all people, especially the poor and helpless. Stop hating other people and countries, which only supports wars while allowing the warmongers to manipulate us. Learn about other people. Pray for the environment, plants, animal life, water, air, earth, fire and all humankind. Get involved with efforts to stop building the KXL pipeline, fracking, genetically modified foods (GMO’s), pollution and CO2 emissions. Honor our broken treaties, which are supposed to be the Supreme Law of the Land. There is so much to be done other than the act of eating a turkey.

Mend the broken circle of life and pray for your loved ones, friends and enemies for world- wide peace!

Dr. LaNada War Jack is a tribal citizen of the Shoshone Bannock Tribes. She resides on the Fort Hall Reservation, Idaho. She graduated from the University of California at Berkeley in 1971. In 1969, together with Indian students throughout California, she was a leader of the Alcatraz Island Takeover in protest of the federal government’s ill treatment of Native people and broken treaties. On November 20, 2019, Dr. War Jack went back to Alcatraz Island to play part in events celebrating the 50th anniversary of the takeover of Alcatraz. Her book, “Native Resistance: An Integrated Fight for Survival and Life,” was released on November 11, 2019.