Guest Opinion. I’m in a unique position to write this: I’m a former tribal leader with a federal Indian policy background. I had the privilege of calling former Cherokee Principal Chief Wilma Mankiller a friend. I also count as a friend, Kim Teehee, the Cherokee Nation’s delegate to the U.S. House of Representatives pursuant to an 1835 treaty the Cherokee signed with the U.S. government. 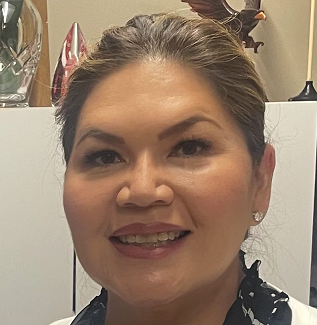 My friendship with Chief Mankiller dates back to my graduate education in public administration. I worked in the Native Services office at the university I attended and had the privilege of being her host for a campus visit.  I learned so much from her including her insights on the Trail of Tears, her family’s forced relocation, her protest on Alcatraz Island, and her challenges becoming her Nation’s first women chief.  I was so inspired that I immediately wrote half of my thesis on federal Indian policy right after that visit.

What struck me the most as I was writing my Master’s thesis was the notion of a Native American voice advocating for us in Congress. At that point, only Ben Nighthorse Campbell was in the House of Representatives and he eventually became a U.S. senator. Today, we have several American Indian and Alaska Natives (AIAN) in Congress but what we don’t have is a voice in Congress to speak to our unique interests. Rep. Sharice Davids (D-KS), for example, does an excellent job representing Native interests, but she must balance this with her congressional district  constituents’ priorities.

Seating a direct Native American delegate would honor not only the Cherokee treaty and trust obligation but offer a unique perspective in policy conversations with a focus on addressing the needs of all Indian Country without being bound to a geographic area. This brings me to Chief Hoskin’s nominee and Cherokee appointee: Kim Teehee.

I first met Teehee when she was working for the late Rep. Dale Kildee (D-MI) known for advocating the treaty and trust obligation as a U.S. constitutional right.  For several years,Teehee was his policy expert.  She then moved on to work for President Obama as the first White House Senior Policy Advisor for Native Affairs. It was during an era when the  White House Council on Native American Affairs was established along with the annual White House Tribal Leader Conference. During that time, President Obama pledged to move 500,000 acres of land into trust for tribes. Teehee played a primary role in making these things happen.

At the last, in-person National Congress of American Indians Convention in 2019, I served as first vice president. I proudly sponsored the resolution to support the Cherokee Nation’s request to honor their treaty right by seating a non-voting delegate in Congress. Also, knowing that Chief Hoskin’s nominated Kim Teehee at that point, gave me great confidence in what she could achieve for all tribal nations.

As a lifelong student of federal Indian policy with 22 years of experience as an elected tribal leader, and as a scholar with three graduate degrees and a doctorate, I strongly encourage all tribal nations to come together to support both the Cherokee Nation’s treaty right to place a delegate in Congress and for my friend and federal Indian policy expert, Kim Teehee, to be that voice.

Dr. Aaron A. Payment, served for 22 years in elective tribal office, including in several leadership roles with the National Congress of American Indians, several tribal advisories, and as a former university faculty member teaching political science and Native studies. He currently serves as a Presidential appointee on the National Advisory Council on Indian Education.

Donate
Free Newsletter
About The Author
Author: Aaron PaymentEmail: This email address is being protected from spambots. You need JavaScript enabled to view it.