Op-ed: Lessons from More Than a Hundred Years of Affirmative Action in Hawai'i 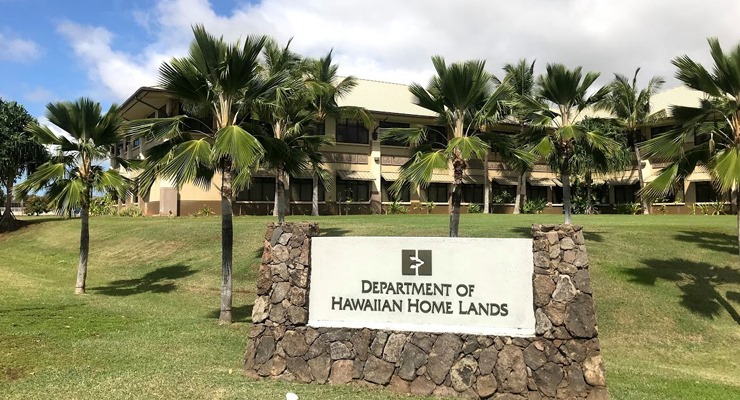 Guest Opinion The discussion on affirmative action usually involves workplaces or higher education, but never housing. Why not? In Hawaiʻi, there is a century-old land and housing program for native Hawaiians, arguably one of the nation’s longest running affirmative action programs. Despite the lack of national attention this program has received, it offers a hundred years of lessons for any new effort that a city, state or federal government might design to counteract historic and ongoing racial discrimination.

[NOTE: This op-ed originally appeared on Next City, a nonprofit news organization with a solutions-journalism focus that amplifies solutions to the problems that oppress people in cities. It is reprinted here with permission. All rights reserved.]

Everywhere you look, policy makers are discussing how to address racial inequities, stemming from colonization, enslavement, segregation, and ongoing oppression. A commonly known and controversial strategy is affirmative action, which refers to programs intended to affirm the civil rights of designated classes by taking positive action to protect them from, in the words of Justice William J. Brennan Jr., “the lingering effects of pervasive discrimination”.

Most scholars believe affirmative action was not legally established in the United States until the late 20th century through a series of court decisions interpreting the Civil Rights guarantees within the Equal Protection Clause of the Fourteenth Amendment. Yet, affirmative action policies had already taken hold in Hawaiʻi through a housing and land program for native Hawaiians, created by the Hawaiian Homes Commission Act (HHCA), in 1920.

This groundbreaking piece of legislation was born from harrowing events for the Hawaiian people. Pre-Western contact, an estimated 400,000 to over 800,000 people lived in the Hawaiian Islands. However, by 1840, the number of Native Hawaiians had declined by 84% due to disease and displacement by foreign settlers. In 1893, a U.S.-backed group of sugar and pineapple plantation owners deposed Queen Liliuokalani and lobbied the U.S. president for annexation of Hawaiʻi, which occurred in 1898. Leading up to, and following the U.S. overthrow, Hawaiians were forcibly removed from their land, and denied the right to practice their native culture, religion, or language.

To combat this dire situation, in 1920, Prince Jonah Kūhiō Kalanianaʻole delivered an impassioned speech to Congress, in which he proclaimed: “The Hawaiian race is passing…and if conditions continue to exist as they do today, this splendid race of people, my people, will pass from the face of the earth.” In response, Congress passed the Hawaiian Homes Commission Act, which set aside 200,000 acres of land across the islands for homesteading by native Hawaiians. Today, the homesteading program is managed by the Department of Hawaiian Home Lands, which provides thousands of beneficiaries with 99-year homestead leases at $1 per year to live on, grow crops, or raise animals.

Full-length books can and should be dedicated to the HHCA to discuss all of its successes and faults, but for now, here are a few major lessons that can be gleaned for future affirmative action efforts, particularly for housing and land programs:

Defining an ethnic, racial or cultural group is difficult, and can lead to division. The Hawaiian Homes Commission Act provides benefits to people deemed “native Hawaiians.” While not the original intention of Prince Kuhio, when the HHCA was passed, it defined a native Hawaiian as someone with 50 percent or higher Hawaiian blood quantum. This was done because of the influence of plantation owners who understood that as Hawaiians increasingly mixed with foreigners, this blood quantum threshold would reduce the number of people eligible for the program. Then and now, these requirements have caused dividing lines between Hawaiians who qualify as beneficiaries and those who do not, and are seen as “less than.” (“native Hawaiian” (lower case n) refers to persons with 50 percent or higher Hawaiian blood quantum. “Native Hawaiian” (capital N) refers to all persons of Hawaiian ancestry regardless of blood quantum.)

Affirmative action programs must be paired with a plan. Since Hawaiʻi’s statehood, the Department of Hawaiian Home Lands (DHHL), has been responsible for managing homesteading. The agency is under scrutiny for its inability to meet the growing housing demand of native Hawaiians. Critics of DHHL highlight the agency’s underperformance: Only 10,000 homesteads have been leased since the program began and today over 29,000 beneficiaries are on the DHHL waiting list. This is attributed to bureaucratic constraints, underfunding, limited land and infrastructure, among other factors. Every grand vision, including affirmative action, needs a plan.

Acknowledge the history and meaning of the program. While DHHL is described as a housing lottery program, it represents so much more. Chapter 43 of the United States Code notes that the “United States has a special responsibility for the welfare of the Native peoples…including Native Hawaiians,” and that the Hawaiian Homes Commission Act was intended to “rehabilitate a landless and dying people.” The dire impacts caused by Western colonization and the U.S. overthrow of the Hawaiian monarchy was further affirmed in the 1993 ‘Apology Resolution’, in which President Clinton apologized on behalf of the United States for participating in the removal of “the independent monarchy by force.”

In Hawaiʻi and abroad, there is little discourse on why this homesteading program was created, or fact that it is a revolutionary effort that aims to correct the wrongs of genocide and colonization. With more public discourse, we could shift the narrative away from what DHHL is doing wrong, to how this program could be improved — understanding that land and housing is only one aspect of a much larger toolkit needed for Hawaiians to live and thrive in their homeland.

To broadly characterize the Hawaiian homesteading program as a success or failure seems misguided. Focusing solely on the program’s underperformance would gloss over the fact that it has allowed thousands of Hawaiians to stay rooted to their land, an achievement that is invaluable to many indigenous communities. Like many government undertakings with a grand and virtuous vision, the results are mixed.

Despite July 2021 marking the 100th anniversary of the signing of the Hawaiian Homes Commission Act, it has received no national attention. At a moment when affirmative action programs and similar reparation efforts are being discussed more than ever, we must acknowledge that we have a precedent that is a century in the making, and is still impacting thousands of people at this very moment.

At the very least, this program should encourage policy makers and urban planners to consider the possibility of implementing affirmative action housing policies elsewhere in the United States. Although Native Hawaiians have faced unique oppression and discrimination, which persists today, the movement to affirm the rights of Hawaiians through access to land and housing provides lessons for reconciling our dark history with Black and Brown communities throughout this country.

By studying this effort, and other similar programs across the globe, we are better equipped to understand the factors that make implementing affirmative action programs so complex, and how, with the right vision and plan, affirmative action can lead to transformative change that our society so desperately needs.

Abbey Seitz is a professional community planner and freelance writer with a master’s in Urban & Regional Planning from the University of  Hawai‘i at Mānoa. She founded Planning for Community LLC, a housing and transportation consultancy firm.