One Year Since Biden Pledged to Honor Tribal Sovereignty, He Ignores Tribes on Wolf Management 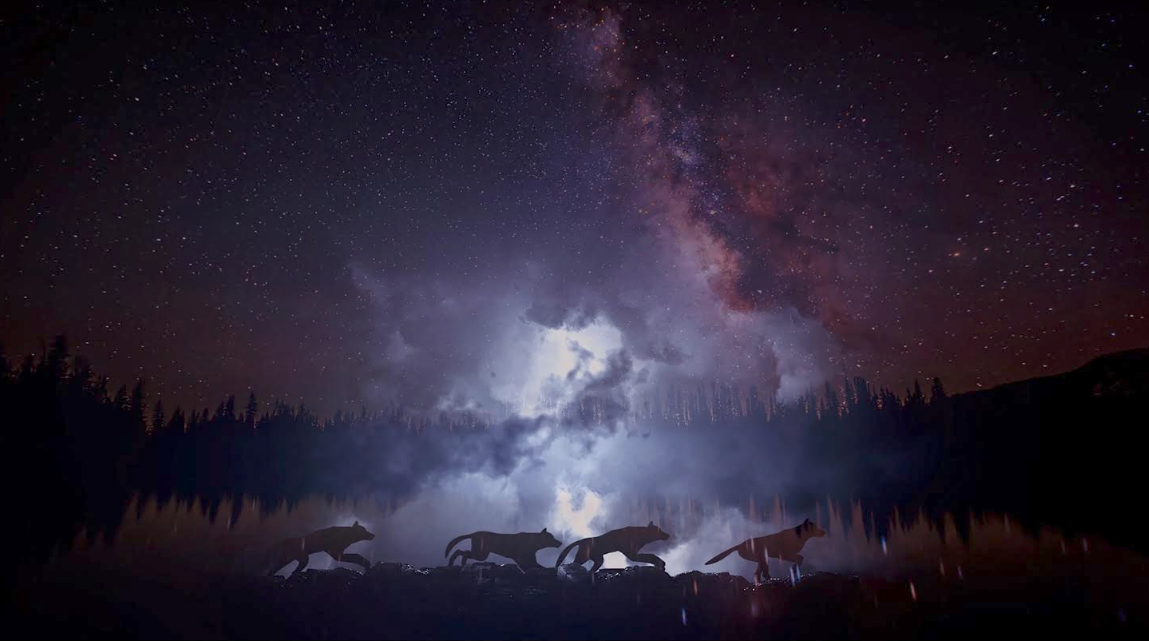 Guest Opinion. It’s been one year since President Biden reauthorized Executive Order 13175, which directed federal agencies to engage in consistent and meaningful Tribal consultation. This policy promised to be a tremendous step forward in securing Tribal sovereignty and achieving Indigenous representation in the decision making that impacts our ways of life, giving us a place at the table to prevent federal agencies from trampling on our culture.

In the year since he signed this executive order, the Biden administration has taken some laudable steps to consult with tribes, such as collaborating with tribes in the management of public lands and restoring protections to Bears Ears after hearing tribal input. Nevertheless, the administration has refused to engage in consultation on wolf management, shirking its responsibility when consultation is inconvenient and not politically pragmatic.

Wolf management has become a lightning rod political issue for the current administration. After President Trump removed the gray wolf from the Endangered Species List in 2020 without consulting tribes, and states like Idaho and Montana passed laws allowing hunters to kill 90 percent and 85 percent of wolves respectively, Tribal leaders urged the federal government to halt these hunts until Tribes could provide input on the delisting decision. But time and again, the federal government has ignored our demands, shrugging off the obligation to engage in Tribal consultation out of fear of alienating voters in purple states like Montana where wolf hunting is popular.

But what the Biden administration must recognize is that consultation on wolf management is critical to preserving our Nation-to-Nation ties. After all, Tribes have valuable traditional ecological knowledge about wolf management due to centuries of successful co-existence with the creatures. And any decision on wolf management has a significant impact on our ways of life: The wolf is central to Indigenous religious traditions and our land-based cultures. To remove federal protections and permit the decimation of the species without consulting Tribes on the matter is to deny us representation and silence our voices on a topic that is integral to the fabric of our communities.

Already, this season’s hunts have had devastating consequences. In Wisconsin, last February’s hunt killed 216 wolves – nearly 100 over the state quota– in just 60 hours, cutting the state’s wolf population by 33 percent. In Montana, an estimated 300 wolves have already been slaughtered. And legislation that allows hunters in Idaho, Wyoming, and Montana to lure wolves on the border of Yellowstone National Park with bait has led to the deaths of 20 Yellowstone wolves.

Wolves are being killed left and right without the input of the very tribes that hold these creatures sacred and have peacefully lived alongside the species for generations. The unmitigated slaughter of wolves taking place across the country without Tribal consultation infringes upon our sovereignty, excluding us from the room where decisions about our lands and cultures are being made.

The Biden administration has the power to pause these hunts in order to engage in consultation. An emergency wolf relisting would restore federal protections for 240 days, providing time for consultation to occur. Already, organizations representing some 200 Tribes – a third of Indian Country – have called on the Biden administration to authorize this emergency relisting. And a number of tribal leaders have requested a meeting with Secretary Haaland to discuss wolf management.

But Biden has ignored tribes calling for consultation. In response to the letter from 200 tribes demanding an emergency relisting, the federal government started a status review – a one-year process of re-evaluating the data to determine whether restoring wolf protections is warranted – but this decision allows wolves to continue to be killed en masse without any Tribal consent or input for a year.  Likewise, Secretary Haaland has refused to respond to meeting requests from tribes to consult on wolf management. Despite the requirements of Executive Order 13175, in the past year we’ve seen no willingness from the federal government to engage in Tribal consultation on wolf management.

Kevin Allis is the former CEO of the National Congress of American Indians. Currently, he is president of Thunderbird Strategies.

Donate
Free Newsletter
About The Author
Author: Kevin J. AllisEmail: This email address is being protected from spambots. You need JavaScript enabled to view it.
Breaking News