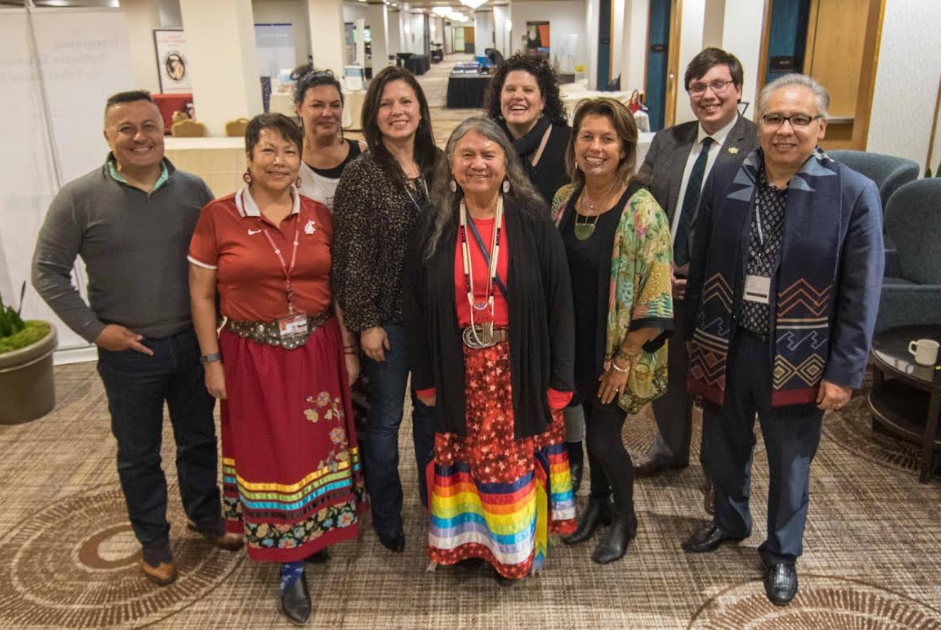 Guest Opinion. Divisive politics are nothing new to Indian Country. Tribal leaders and education advocates have long navigated the political currents that trend left, right, or center to advance our positions on Indian education.

However, we now find ourselves striving to hold on to education policy wins designed to accurately teach all students about the history, contributions, and injustices experienced by American Indian and Alaska Native people. Many of the challenges tribes and Native people face today can be traced back to a racist educational system designed to objectify and relegate Native people as relics of the past and exclude the significance of treaty and trust obligations. These intentional and concerted efforts have misinformed generations of Americans and perpetuated harm, trauma, and stereotypes.

For decades, Tribal leaders and Native education advocates fought, compromised, and built political and electoral influence from the ground up to move policymakers and state educational systems to develop a more inclusive and accurate curriculum for all students. These efforts also resulted in significant wins within the 2015 Every Student Succeeds Act, leading to increased funding, accountability, and consultation.

Unfortunately, these hard-fought wins are increasingly under attack from partisan ideologues across the country, targeting all movements calling for an accurate and inclusive perspective on the history and formation of the United States. These blatant acts of ignorance fueled by political expediency and willful disregard to engage in civil discourse have the potential to set back years of Tribal education efforts.

To date, twenty-six states have introduced bills or taken steps to restrict instruction of the complete and accurate shared history of Native people and the United States while also limiting broader discussions of racism in the classroom. With eleven states enacting such bans, either through policy or legislation, creating durable protections for existing and emerging Tribal curriculum in states with significant AI/AN populations are a priority.

In response to the growing political pressures across the country to silence or punish educators that refuse to omit or distort our history, the Affiliated Tribes of Northwest Indians, National Indian Education Association, and the National Congress of Americans Indians have all passed resolutions that “rejects any legislation or actions that limit the teaching of a full and accurate history of the United States, especially as it relates to American Indian and Alaska Natives…” and will take immediate action to engage with state, federal, and Native leaders to uphold and protect educational policies that ensure current and future generations of Native students see themselves accurately reflected in the narrative of our nation.

While emerging curricula rooted in equity, diversity, and inclusivity create uncomfortable truths for some, educational advocates believe they are essential for students to develop pride in their cultural legacies, develop self-esteem, instill respect for their neighbors’ cultures, and awaken the ideals embodied in our Constitution.

“Education has been transformational for Indian Country.” Stated Leonard Forsman, President of ATNI and Chairman of the Suquamish Tribe. “We will continue to fight for an accurate and inclusive historical narrative that we have a hand in defining.”

We are at the intersections of harm and reconciliation, progress, and systemic setback, as well as ignorance and enlightenment. We urge state, federal, and educational leaders to challenge the actions of states that have passed legislation restricting educators from teaching complete and accurate histories in the classroom.

As a traditional food gatherer, Patricia Whitefoot (Yakama Nation) is a member of the Toppenish Creek Longhouse where tribal practices are sustained. With a teacher’s certificate and BA in Education from Central Washington University and M.Ed from Ft. Wright College in Spokane, Wash., she was prepared for a 40-year career in managing and teaching Indian Education from early childhood to adult education. Whjtefoot has served on the Executive Board of the Affiliated Tribes of Northwest Indians (56 tribes) and Education Committee Chair for over 25 years.