Making Sure the Native Voices are Heard Through Native Votes 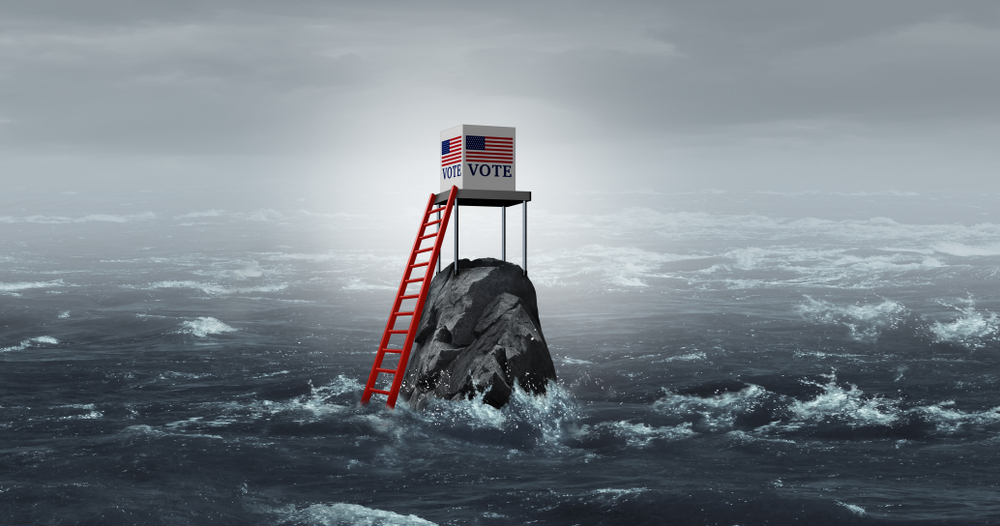 Opinion. Beyond the politics of choosing the next President of the United States, the American public faces some major differences during the 2020 presidential campaign as citizens work through mechanics of casting their ballots.

There has never been a pandemic of this size in modern elections. Voters have the added concern of their health and well-being as they vote this year.

Do they risk catching COVID-19 by standing in long lines where some selfish people will choose not to wear masks or practice the six-foot rule of social distancing? Or will they vote via mail and hope their ballot actually gets counted?

This dilemma impacts the Native vote as well.

Even in a year without a pandemic, voting is hard enough for many American Indians. Transportation is a perpetual challenge for many who live on reservations, due to lack of vehicles or limited resources to fill up their gas tanks. On some Indian reservations, voters have to drive 90 miles from where they live to vote.

And long-distance voting can become compromised quickly. For instance, an early snowfall in Montana or North Dakota can dump a few feet of snow in a short span, making roads completely impassable.

These problems do not negate that voting is important to American Indians and Alaska Natives. Beyond concerns all Americans have when voting, American Indians and Alaska Natives have heightened interest in certain areas that directly impact their daily lives relating to water rights, environmental impact, energy, housing, Indian child welfare issues, and federal spending allocated for Indian Country for education and healthcare.

Apparently, that data has not gone unnoticed by individuals who want to suppress Native votes.

In 2018, a North Dakota law that required voters to have physical addresses on their driver’s licenses or personal identifications as a voter requirement made national news. With that law in place, American Indians living on reservations in many cases did not have physical addresses because the U.S. Postal Service only delivered to post office boxes—sometimes miles away from their reservation homes. Therefore, many reservation residents only used post office box numbers. Many saw the law as an attempt to suppress the votes of those living on North Dakota reservations.

The lawsuit was filed on behalf of Western Native Voice and Montana Native Vote, Native American-led organizations focused on getting out the vote and increasing civic participation in the Native American community; and the Assiniboine & Sioux Tribes of Fort Peck, Blackfeet Nation, Confederated Salish and Kootenai Tribes of the Flathead Reservation, Crow Tribe, and Fort Belknap Indian Community.

One key issue of the case involves the need for ballot collection because many homes on reservations in Montana lack mail delivery. In the past, non-partisan organizations would assist in collecting ballots and delivering them to county clerk offices from reservations.

BIPA restricts who can collect ballots and even how many ballots can be collected. Get-out-the-vote organizers would previously collect 85 ballots each on average, but are now restricted to just six ballots per collector. Under BIPA, bringing ballots to the post office for relatives or neighbors could result in a $500 fine per ballot.

"Indigenous voters have historically been and continue to be disenfranchised, and the Montana law limiting ballot collection is yet another barrier to the polls for rural Indigenous voters. Montana should do everything it can to make voting easy and accessible, especially for those who have been historically disenfranchised. Ballot collection efforts are often the only way many Indigenous people living on rural reservations can access the polls, and we hope those efforts can continue,” Alex Rate, legal director of the ACLU of Montana said.

In what was viewed as a victory for Native votes, in July, a judge from the  Yellowstone County District Court blocked BIPA. The three organizations that filed the March 20 lawsuit will argue their case for justice on Tuesday.

It is hopeful they will prevail to allow Native voices to be heard through Native votes.