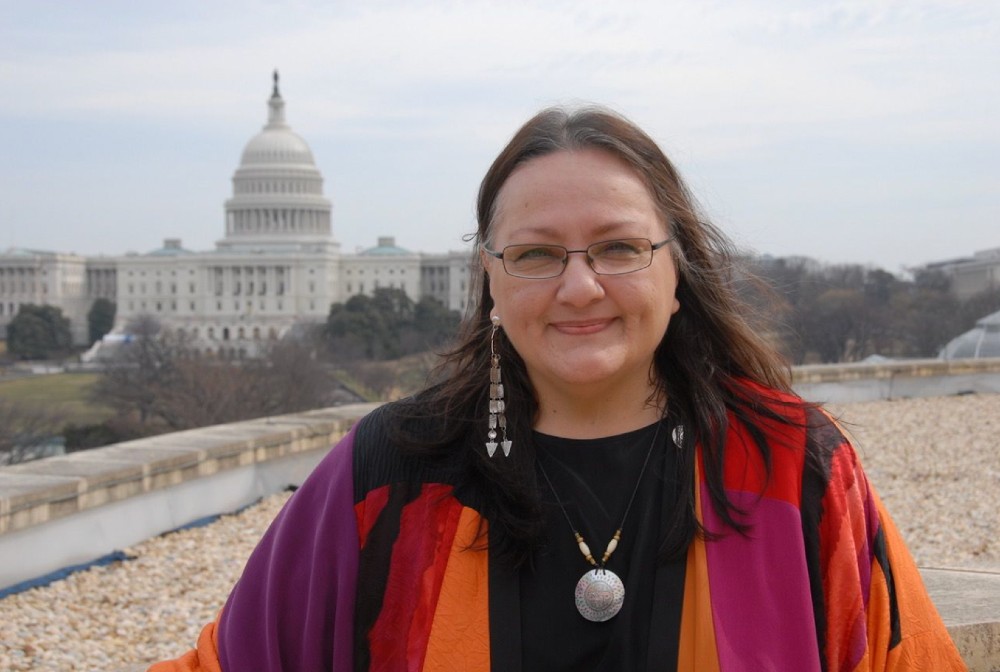 Opinion. This past Wednesday, the Washington National Football League (NFL) franchise became the Washington Commanders. The name replaces the racist moniker the team used from its time in Boston in 1933 until the team relinquished it in July 2020.

While the new name was revealed Wednesday, the team agreed on July 2, 2020 to drop the offensive name despite franchise owner Dan Snyder saying in 2013, “We’ll never change the name. It’s that simple. NEVER - you can use caps.”

The shift occurred in the aftermath of the George Floyd murder. Corporate America put pressure on Snyder to drop the racial slur. Pressure mounted when Rep. Alexandria Ocasio-Cortez (D-NY) and Washington D.C. Mayor Muriel Bowser (D) said it was time to change the name.

On “#BlackoutTuesday,” which was called to draw attention to racial injustice in the aftermath of George Floyd’s death at the hands of Minneapolis police officers, Ocasio-Cortez noticed the Washington NFL team blackened its Twitter logo to support Black Lives Matter.

“Want to really stand for racial justice? Change your name,” Ocasio-Cortez wrote in response on Twitter.

Mayor Bowser was asked about Ocasio-Cortez’s comments on a DC radio talk show.

“I think it’s past time for the team to deal with [it. The team name, Redsk!ns] offends so many people,” Bowser said on the radio show. “This is a great franchise with a great history, that’s beloved in history and it deserves a name that reflects the affection that we feel for the team.”

Efforts from corporate America and politicians are important, but Native Americans’ calls for the team to drop its name should not be forgotten. That includes calls from Presidential Medal of Freedom recipient Suzan Shown Harjo Harjo (Cheyenne & Hodulgee Muscogee), the late Clyde Bellecourt (White Earth Ojibwe), and Native activist Amanda Blackhorse (Navajo), among others.

“The name could be commander, or salamander, or macaroni. It’s not the name that matters, as long as it’s not doing harm and injury to living people—that’s all we ever asked for.”

She is right. It doesn’t matter what sports teams call themselves as long as they leave Native people alone.

Thompson’s article prompted one Native News Online reader to make this comment in an email:

Then he asked: “Why are people like you and others so offended at these mascots? It almost seems that you are against diversity and history when it comes to this.”

What the reader doesn’t live with as a non-Native person is the dishonor that goes with teams using Native names and themes. There is no honor when a fans’ faces are painted, heads decorated with turkey feathers or when opposing teams fans chant: “Scalp the Redsk!ns!” There is no honor in either scenario for Native Americans.

“Research shows that these mascots are damaging to Native high school and college students, negatively impacting feelings of personal and community worth, and that they reinforce bias among non-Native people,” per the Reclaiming Native Truth Project.

The timing of Wednesday’s announcement on Groundhog Dog was noticed by American Indian College President and CEO of the American Indian College Fund Cheryl Crazy Bull (Sicangu Lakota) who stated, “I can’t think of a better metaphor for the need for respectful visibility of Native people in America than the Washington football team’s announcement that it changed its name to the Commanders, on Groundhog Day.”

Like the movie protagonist stuck in a time warp where every day is the same day and events repeat themselves, the same is true in Indian Country where more work needs to be done to eradicate racist mascots and names, day in and day out.

It will never be acceptable, respectful or honorable to use Native American names and imagery to name sports teams. And today, as America reckons with its racist history, it’s a small yet significant step towards achieving reconciliation. The remaining disgraceful professional sports teams holding on to their Native-themed names must shed this racist practice and follow suit.