Enough Grandstanding About Immigration. Congress Needs to Work POTUS to Fix the Problem. 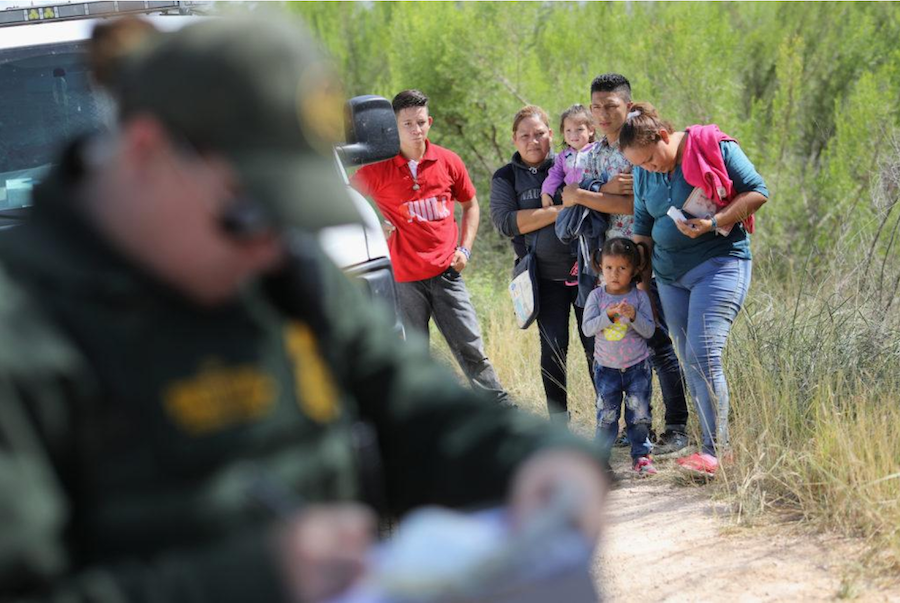 Opinion. Last week proved both historic and chaotic as Americans viewed vote after vote unfold for the speaker of the House of Representatives. For the first time in a century, the election of a House speaker took multiple ballots to complete because of a handful of obstructionists.

Typically, from the time the results of an election are announced until the opening day of Congress, party leaders line up the leadership votes and are eager to govern. This was not the case as the 118th Congress opened on Tuesday and, over the next several days, voted time and time again to elect a Republican speaker of the House.

It became so chaotic late Friday night, Rep. Richard Hudson (R-NC) stepped forward to stop a heated exchange between Rep. Matt Gaetz (R-FL) and Rep. Mike Rogers (R-AL) after the 14th vote on the House floor. Hudson literally stopped Rogers from lunging towards Gaetz by grabbing his shoulders and putting his hands over Rogers’ face. Soon thereafter, the 15th vote began and finally the Republicans came together to elect Kevin McCarthy (R-CA) to be the 55th House speaker in American history.

Each of the 15 votes required speeches to nominate someone to become speaker. Throughout the votes, Republicans made nominating speeches filled with partisan jargon, exaggerations and outright falsehoods. A consistent theme used by the various nominating members was the topic of immigration and fentanyl coming across the border.

If you listened to many Republicans speak from the same bullet points, you could almost picture President Biden standing at the border and allowing droves of people to cross into the southern United States with bags of illicit drugs.

Any rational observer should know Biden is not for an open border. Nor is he in favor of letting fentanyl enter the country freely.

On Thursday, Biden unveiled new measures to stop the flow of illegal people across the southern border of the United States. The President said:

“On my first day in office, I sent Congress a comprehensive piece of legislation that would completely overhaul what has been a broken immigration system for a long time: cracking down on illegal immigration; strengthening legal immigration; and protecting DREAMers, those with temporary protected status, and farmworkers, who all are part of the fabric of our nation.

“But congressional Republicans have refused to consider my comprehensive plan.  And they rejected my recent request for an additional $3.5 billion to secure the border and funds for 2,000 new asylum personnel, another -- asylum officers and personnel -- and 100 new immigration judges so people don’t have to wait years to get their claims adjudicated, which they have a right to make a claim legally.”

As a Potawatomi man, I know the United States is a nation taken over by immigrants centuries ago. I even remember reading President John Kennedy’s book A Nation of Immigrants decades ago. In the book, Kennedy highlighted the contributions of immigrants to the United States. “Everywhere, immigrants have enriched and strengthened the fabric of American life,” Kennedy wrote.

As a Potawatomi man, I get that the land of our ancestors was lost—some could even argue stolen—centuries ago. I understand that white, European immigrants flowed into this country for centuries by the millions.

What I don’t get is now that black and brown people want entrance to the country, the Republicans feel it is time to close down immigration into the U.S.

Furthermore, I get that politicians, regardless of political party, have grappled with having the right formula to allow for immigration.  But the outrageous nominating speeches we heard last week simply demonstrated just how partisan and divided this nation has become.

It is time for Congress to send a bipartisan package to the President’s desk to deal with the realities of immigration, instead of merely grandstanding with false words.