Elders Are Our Memory Banks. Taking the COVID-19 Vaccine Can Save Them.

Native Americans in California and across the country lost two giants on the same day at the end of December—Joseph Myers and Chairman Marshall McKay. Both were my longtime friends. Their influence and fierce protection of our culture and traditions were invaluable. Mr. Myers was a leader in fostering legal justice and a pioneer in tribal law and successfully helped  reverse the termination of 17 California Indian Rancherias. He passed away from long-term cardiac issues. Chairman McKay, who passed from the novel coronavirus, co-founded the Native Arts and Cultures Foundation on the board of the National Museum of the American Indian and served as the first Indigenous Chair of the Autry Museum of the American West and led his tribe to economic sustainability. Both accomplished much more than I can list here.

Earlier this month The New York Times published a story about the impact of losses to the virus of so many Native American elders like Chairman McKay. Elders are our memory banks, our resource guides, the Encyclopedia Britannica of our spiritual traditions, language, culture, history and knowledge of the natural world. They are the bridges from the past to the future. This is why protection against the virus is so critical to everyone in the nation, but particularly for America’s First People, who have been systematically and historically deprived of so much of our heritage. 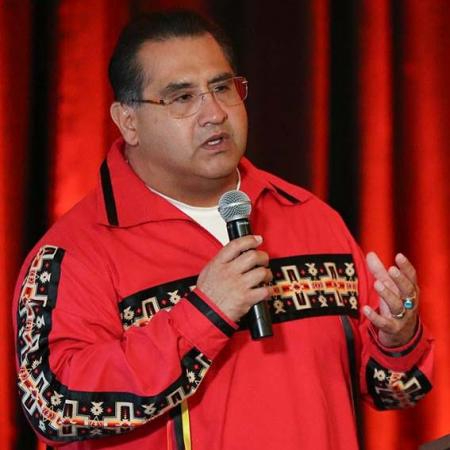 Assemblymember James C. RamosWe must double down on practicing all the scientifically recognized guidelines and precautions: Frequent handwashing, physical distancing, use of face masks, avoiding crowds and other important health safeguards. It means soundly rejecting those who mindlessly turn simple public health measures such as mask wearing into a political statement. For Native Americans especially, it also means overcoming our traditional distrust of government and health institutions that might prevent some of us from taking the COVID-19 vaccines that have been scientifically demonstrated to be 95 percent effective without serious side effects.

Taking the vaccine can save lives, and we must move beyond our fears to once again survive a threat. In addition to the Pfizer and Moderna vaccines, the University of California, Davis is undertaking a medical trial focusing on minority groups, including Native Americans. We have new hope with the possibility of new vaccines and the promise of federal engagement in vaccine distribution after January 20.

Our people are becoming infected and dying at rates that are disproportionately higher than other communities.  A U.S. Centers for Disease Control Study reported in December that recent analysis revealed laboratory-confirmed COVID cases among American Indian/Alaska Native persons were 3.5 times higher than white persons.

The disparity in infection rates and deaths reflects a historical and ongoing pattern of poor health care access for Native Americans, lack of adequate outreach to Indian people and a failing or nonexistent infrastructure that has too often left tribal communities without running water, adequate housing and sanitation. We also frequently lack the technology that allows for communication, education, or telemedicine. In addition, insufficient statistical research and data collection can lead to ineffective allocation of resources to the Native community.

Native American history is the story of one menacing threat after another to our existence as a people. COVID-19 is the latest. Since the Spanish Flu of 1918 killed thousands of Indian people, little progress has been made to remedy the disadvantages and prejudice that led to so many Native deaths during that last terrible pandemic. Let us resolve to overcome those barriers today before we lose more irreplaceable elders such as Joseph Myers and Chairman Marshall McKay—plus so many other valuable members of our community.

Assemblymember James C. Ramos is the first California Native American state legislator in the  170-year history of the state and is a lifelong resident of the San Manuel Indian Reservation in San Bernardino County.