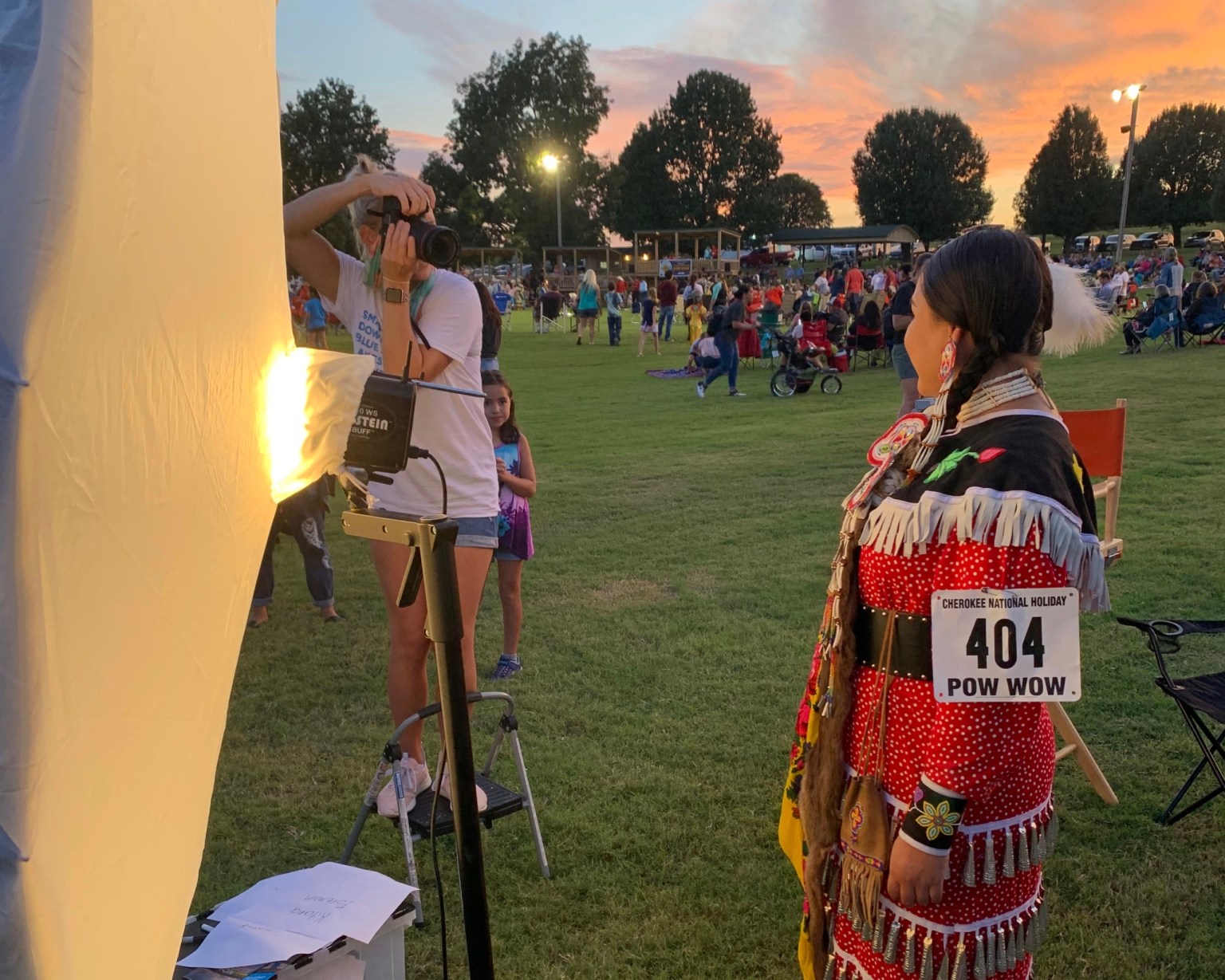 Guest Opinion. Not very long ago, Native Americans were hard to find in the film industry. Even when a Native character appeared on screen, they were often portrayed by actors who did not come from Native communities. With some notable exceptions, Native writers, directors and other creative talent were even more rare. Stories were told about us, but they weren’t our stories.

Thankfully, this is now changing, and the change also brings great economic opportunities for Oklahoma and the Cherokee Nation. With a wealth of cultural heritage, talented workforce and diverse locations, Oklahoma is quickly becoming one of the most desirable states for the film and television industry.

As the industry continues to bloom, Cherokee Nation will remain at the forefront of the sector’s growth. We are opening doors to make it possible for Oklahomans to train and work locally while pursuing their dreams in all types of positions, including screenwriting, filmmaking, on-screen talent, behind-the-scenes crew, production and much more. We are working alongside multiple tribal entities, the Oklahoma Department of Commerce, the Oklahoma Film + Music Office, the Tulsa Office of Film, Music, Arts & Culture, regional and statewide film festivals, and more to support this quickly expanding industry.

The film lab will create a new, state-of-the-art, hands-on learning experience at OSU-Tulsa, help expand its noncredit offerings into a for-credit film program and, most importantly, provide Native and non-Native students with unique and artistic career opportunities right here in Oklahoma. In partnership with the university, we are helping fund necessary film equipment, including cameras, lenses, sound gear, lighting and other film essentials, as well as post-production necessities such as computers and software.

This is another great example of a tribal nation collaborating with a state government entity to achieve a win-win for all Oklahomans. Like with the OSU College of Osteopathic Medicine at the Cherokee Nation, this type of educational and workforce development partnership can accomplish a huge amount in a short time.

As the state’s film and television industry has grown at a record-breaking pace, we’ve experienced many firsts brought to us by tribal citizens and other independent and local filmmakers. We’ve seen famous actors, directors and worldwide studios make our hometowns the sets of major motion pictures and television series. The Oklahoma Department of Commerce estimates that the film and music industries have already created more than $160 million impact statewide. In the past six years, more than 125 cities and more than 50 counties in Oklahoma have hosted film locations.

Cherokee Nation and its businesses remain deeply invested in bringing innovation and new industries into our region to create good jobs for our citizens and our neighbors. This exciting entertainment boom adds the film and television industry with other solid business sectors, such as aerospace and advanced manufacturing, to our diverse economic mix.

The growing Native presence in the film and television industry also helps ensure that Indigenous people are able to share authentic Indigenous stories and represent ourselves to the wider world. To help open even more doors, we are providing several filmmaking scholarships for tribal citizens at OSU-Tulsa.

I look forward to the day when people all over the world think of Oklahoma and the Cherokee Nation, they will think of the Native performers, writers, directors, composers, and other talented artists and craftspeople who have told our stories on a global stage.