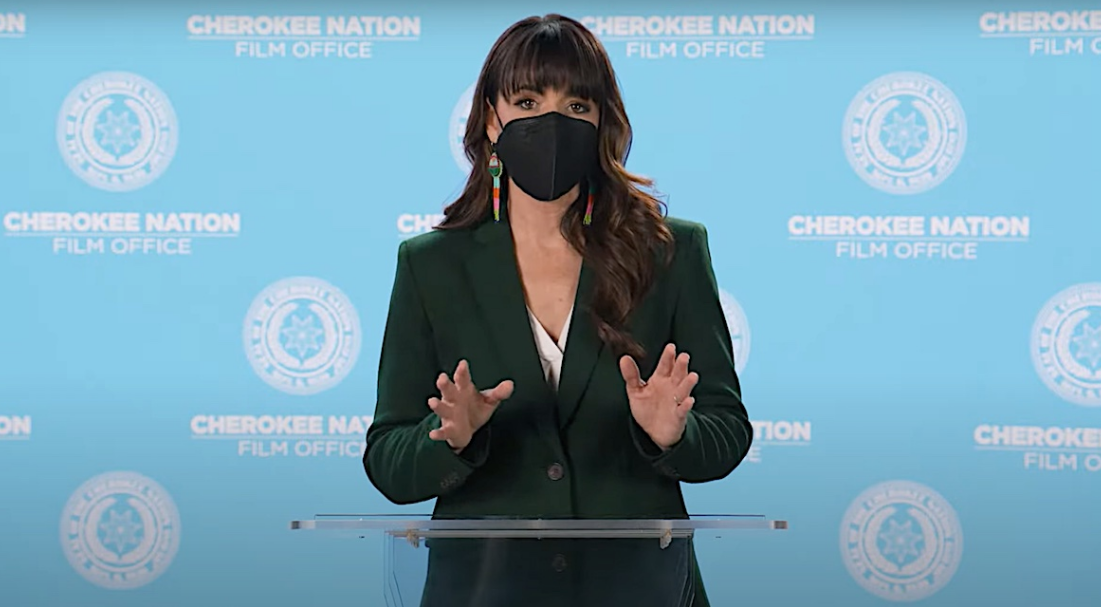 Guest Opinion. From time immemorial, Cherokee people have shared stories to pass on our history and our values. The tools of storytelling have changed in the modern world, but the need to tell our stories is no less important. By growing the film and television industry within the Cherokee Nation Reservation, we can make sure our stories are seen and heard around the world. And we can be an important part of one of the most promising growth industries in Oklahoma.

In a historic investment, Cherokee Nation recently became the first tribal nation in the United States to provide a film incentive program. The Cherokee Nation Film Office will soon offer up to $1 million in annual cash rebates for qualifying productions filmed on our tribe’s 14-county reservation. Productions can earn a 20 percent cash rebate for qualified expenses, and productions that employ Native American citizens or use Native-owned businesses can boost their rebate to up to 25 percent.

Oklahoma is already emerging as one of the most desirable states for the film and television industry. This state has a wealth of cultural heritage, a talented workforce and diverse locations. This groundbreaking effort will enable us to take another step forward to making Cherokee Nation a national hub for filmmaking. We are adding the entertainment industry to our diverse mix of profitable businesses successfully operating in northeast Oklahoma, creating good jobs for our citizens and neighbors.

Many of the crucial positions that make this industry flourish are behind the scenes. That means opportunities for carpenters, electricians, caterers, drivers and other skilled staff. As the industry grows in Cherokee Nation, productions will need many more local staff working in technical and crew jobs. We have a skilled workforce in northeast Oklahoma and educational partners in higher education and Career Tech to grow it even more.

Since launching three years ago, our Cherokee Nation Film Office has made great progress in its mission to increase the presence of Native Americans in the film and television industries. Through scholarships; learning opportunities; a first-of-its-kind Native American talent and crew directory; and partnerships with state and local agencies, universities, nonprofits and other stakeholders, our film office is already making tremendous strides to open doors for Indigenous creatives.

Together, we are changing the narrative about Native peoples and culture. We are correcting many years of misrepresentation and harmful stereotypes. We are bringing diversity and accurate representations of Native identity to the film industry, and we are giving Native writers, directors, actors and other creative talent the chance to share our stories with the world.

The Cherokee Nation Film Incentive is our latest investment in helping prosperous industries flourish in Indian Country. It adds to the dynamic impact of Cherokee Nation’s people, businesses and government. I look forward to seeing good jobs, an economic boost, and new opportunities for our people to shine and thrive.