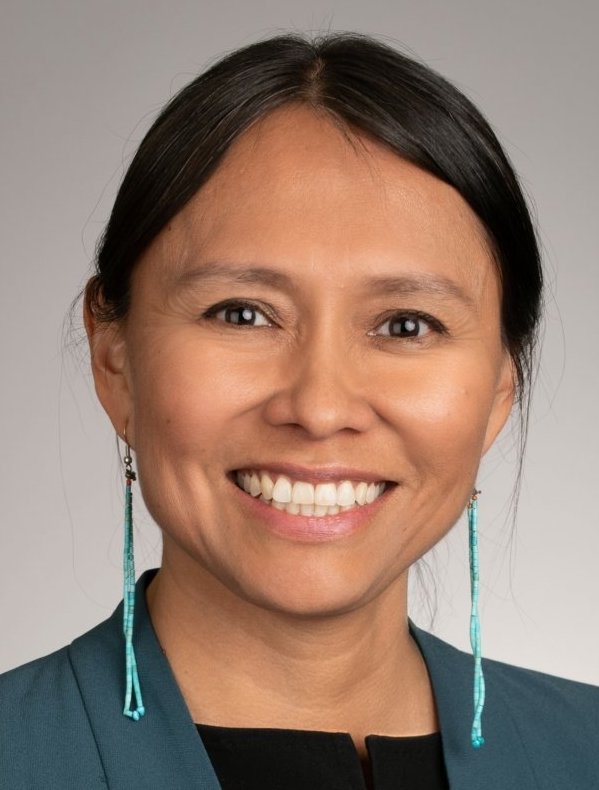 The Tribal Playbook provides tribal communities with information on specific tribal funding available under the law, in addition to the hundreds of billions available to tribes on a competitive basis.

The Bipartisan Infrastructure Law will send billions of dollars to Indian Country to provide affordable high-speed internet, safer roads and bridges, modern wastewater and sanitation systems, clean drinking water, reliable and affordable electricity, and good paying jobs in every Tribal community. As part of this effort, the Biden Administration is also committed to working with Tribal communities to help them access federal resources.

Wahleah Johns, director of the Office of Indian Energy in the Department of Energy, spoke with Native News Online Editor Levi Rickert about the release of the Tribal Playbook and its potential impact on Indian Country.  This interview has been edited and condensed for clarity.

How are the Infrastructure Law and the Department of Energy helping out Indian Country when it comes to energy?

Energy is sort of everything that we're able to do today when it comes to schooling and work. We need power to be able to do the things that we do, and for the Department of Energy, we have $62 billion that we are going to be getting out the door to support tribal communities in becoming more grid-resilient and climate-resilient. We are also supporting the remote rural areas of Indian country in applying for some of these opportunities — the majority of them are competitive. They are focused on how we can decarbonize our energy sources and also make our communities more resilient, and that's something for tribes and especially the areas in remote rural areas. This is going to be a great infrastructure support for these tribal communities.

There's a huge energy burden that often is placed disproportionately on disadvantaged communities that often don't have the resources to be able to pay for high cost power or offset those expenses. For example, for communities in rural remote areas, sometimes they pay much more for the cost of water or power. And in remote villages in Alaska, they also pay a lot more money for diesel and gasoline to be able to power their generators and to power their communities.

The Bipartisan Infrastructure Law recognizes these inequities, especially in Indian Country.  We want to make sure that we inform all tribal nations and leaders that this is a great opportunity … to invest in these types of communities that are sort of left behind, but also facing really heavy energy burden and energy poverty. In Indian Country, we have the (largest percentage) of homes that don't have access to electricity today.

That is why we are also announcing that our office, the Office of Indian Energy, is putting out a notice of intent for $15 million to address un-electrified buildings and tribal buildings, and that includes homes. So, we are aware of these energy challenges in Indian Country, and we want Indian Country to be strong and climate resilient.

You can also see some announcements around some of these programs within the Department of the Interior like the tribal orphaned wells program (as well as) the tribal climate resilience program. And also the energy efficiency block grants from the Department of Energy includes $150 million of formula money that is going to tribes.  The other one I think that is really important is the electric grid resilience program.

What are your last comments for tribal leaders?

There's a lot in the Department of Energy Bipartisan Infrastructure Law, but there's a provision of $1 billion to provide financial assistance to rural remote communities who have less than 10,000 people. It's definitely an exciting provision because the rural remote areas are in Indian Country, but also in the United States, and need a lot of support.

I do believe that tribes can lead the way towards that 100 percent clean, renewable energy because it's in our values and, it's who we are as Native and Indigenous peoples. There is a lot that we can harness with the wind and the sun, and also the resources of where our lands are to bring down costs and just have more energy security.