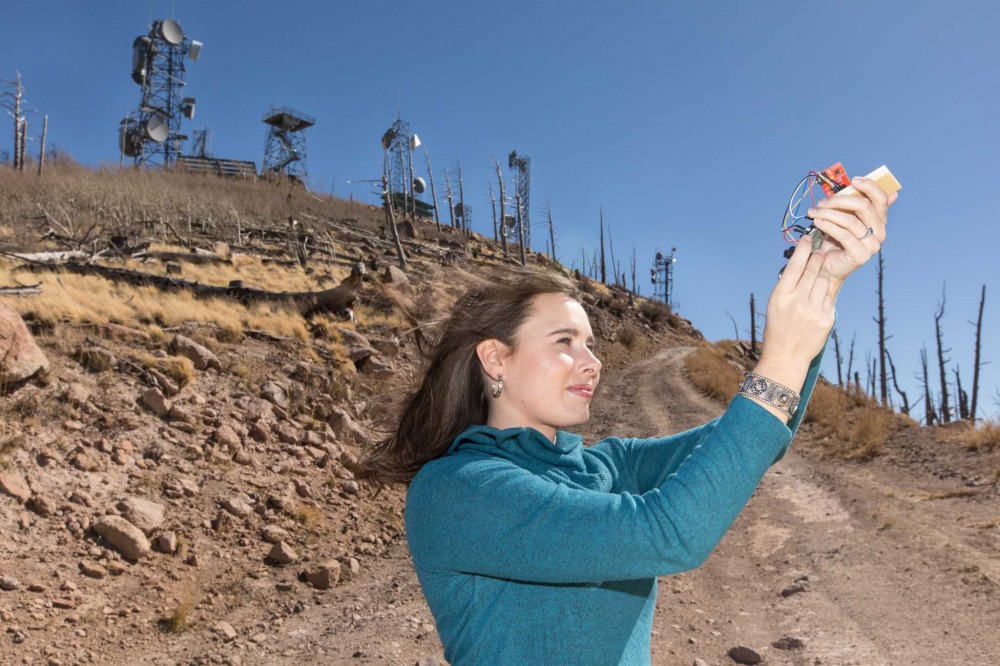 Native Americans are one of the least represented populations in the field of computer science. Moreover, Native American participation in science, technology, engineering and mathematics (STEM fields) at the college level continues to be severely limited, resulting in a fraction of Native Americans earning bachelor’s degrees in STEM and computer science. Education researchers have found that a lack of rigorous preparation in mathematics and computational thinking, beginning as early as elementary and middle school, are major factors in this underrepresentation.

Assistant professor Morgan Vigil-Hayes of NAU’s School of Informatics, Computing, and Cyber Systems was awarded $275,944 by the National Science Foundation for a two-year project entitled “Towards Culturally Responsive and Computationally Rich Problem Based Learning for K-5 Students.” The project’s goal is to develop solutions to this problem, beginning right here in the Flagstaff community.

To accomplish this, Vigil-Hayes will collaborate with co-principal investigator Sheryl Wells from the Flagstaff Unified School District (FUSD), an experienced elementary school teacher and STEM coordinator for Killip. The team also includes Anne Hamlin, research associate in NAU’s Center for Science Teaching and Learning, and fifth-grade teachers at the school.

“Together, the team will develop, implement and evaluate a new curriculum that uses Internet measurement as an interdisciplinary approach to understanding different aspects of computational thinking and computing,” Vigil-Hayes said.

One of the learning activities the team will evaluate is a measurement scavenger hunt, where students collect and compare Internet measurements from different locations they encounter in their everyday life. By participating, students will learn about the technical components of computer networks, such as how data is represented and communicated from one computer to another or why networks perform differently at different places and different times.

“Engaging with this type of problem solving connects students to very real digital inequities that they may have experienced at home or when visiting family members living in nearby rural and tribal areas—often students have a very real lived experience with what it means to experience poor (or no) Internet connectivity,” she said. “An important way that the curriculum seeks to elevate cultural values is to emphasize the ways that Internet connectivity can be used to support and connect communities and to demonstrate how Internet measurement is an active way for students to advocate for their families and communities through computational thinking and data collection.”

In the long term, the team hopes to provide a framework that educators beyond the Flagstaff community can use to identify culturally relevant and computationally rich problems that lend themselves to introducing young learners to computer science with an interdisciplinary approach.

The team will also make the products of the research, including curricular units, evaluation strategies and Internet measurements gathered through the curriculum, publicly available through the project website and on other public computer science/computational thinking curriculum-sharing platforms.

Vigil-Hayes has an established history of working with underrepresented populations to solve problems related to disparities in Internet access and the resulting digital inequalities. This project will introduce underrepresented students to the positive social impact of computer science research. She also intends to recruit student researchers from underrepresented groups to work on the project.