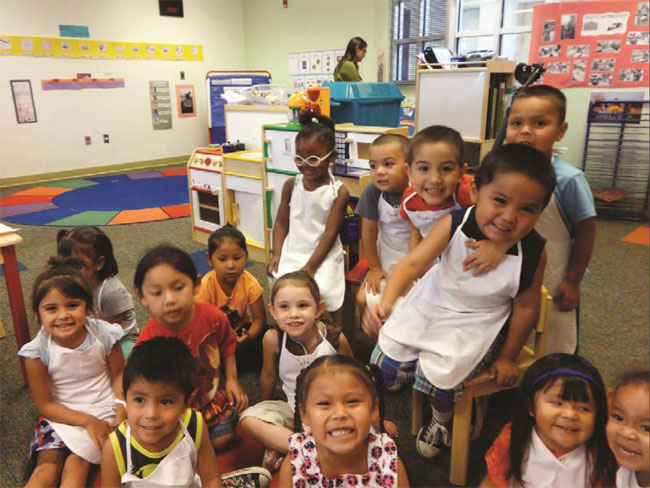 The American Indian College Fund announced on Wednesday it has received a $5.3 million grant from the Bezos Family Foundation. According to a press release the grant will support the College Fund’s Indigenous Early Childhood Education program at tribal colleges and universities over the next four years.

The grant will support faculty development, family engagement, and develop a community of practice at 10 tribal colleges.

“The College Fund is pleased that our relationship with the Bezos Family Foundation blossomed into this investment in our children and their families. As Indigenous people, we have traditional knowledge about how to raise and teach children that helps us to be better citizens of our Tribal Nations and of American society,” Cheryl Crazy Bull, president and CEO of the American Indian College Fund said in a statement.

“The Bezos Family Foundation is proud to support American Indian College Fund’s work to expand access to high-quality, culturally-grounded early childhood preparation pathways within tribal colleges and universities,” said Mike Bezos, Vice-President and co-Founder of the Bezos Family Foundation. “We know from the science that positive interactions between young children and the adults in their lives is a powerful way to support healthy development, and we are confident that American Indian College Fund’s work will help support the preparation of Indigenous educators and strengthen Native communities.”

The College Fund will be working with Tribal Colleges and Universities (TCUs) this fall to award funding for the first year in the four-year program. The College Fund will build upon its early childhood education program success, which has reached more than 5,000 children, 3,900 families, and 2,700 teachers at TCUs across Indian Country. In addition, the College Fund has committed to raise an additional six million dollars to offer the programming to 25 other TCUs.