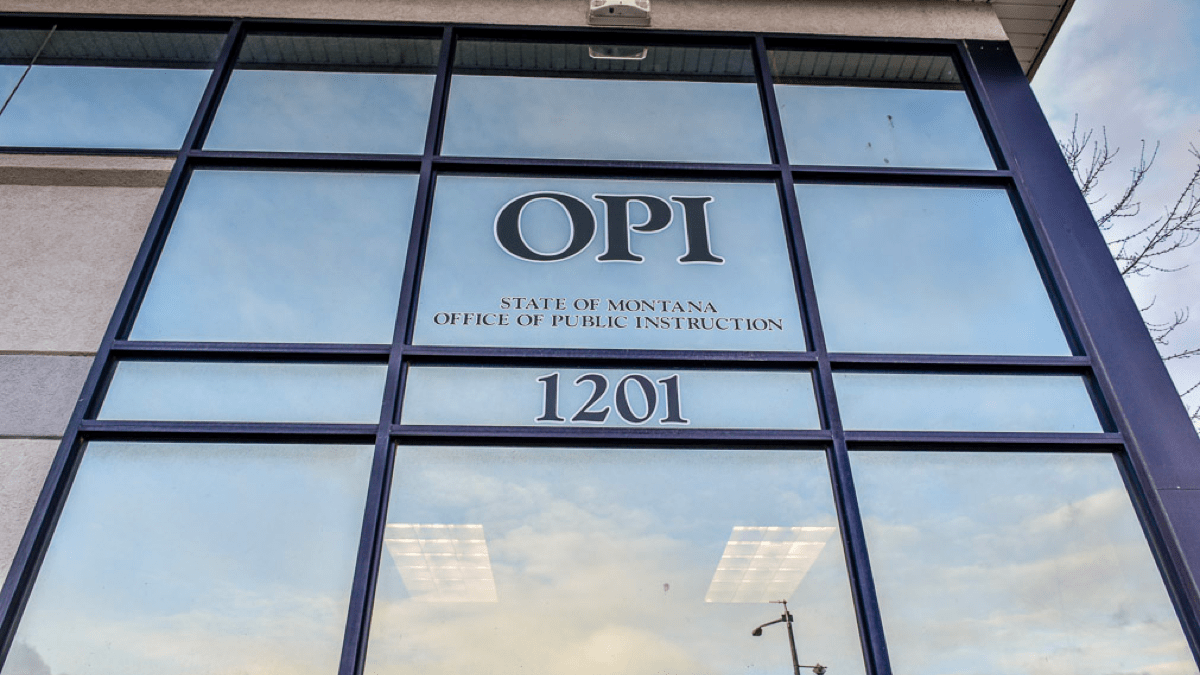 The lawsuit, filed on behalf of tribes, parents and students, alleges Montana education officials have failed to meet their constitutional mandate to provide Indian Education for All.

The ACLU of Montana and Native American Rights Fund filed a lawsuit Thursday against the Montana Office of Public Instruction, state Superintendent Elsie Arntzen, the Board of Public Education and board chair Darlene Shottle alleging widespread failure by the state to meet legal and constitutional obligations in Indian education.

The filing, brought on behalf of five Montana tribal communities and more than two dozen Indian and non-Indian students and parents, requests that a Cascade County District Court judge immediately direct OPI to establish standards for schools to comply with Indian Education for All and cooperate with tribal communities to provide educational instruction.

“The Montana Legislature passed the Indian Education for All Act in 1999 to ensure every state citizen had the opportunity to gain a basic understanding of local history and information about Native peoples in this region,” said Shelly Fyant, chairwoman for the Confederated Salish and Kootenai Tribes, in a statement announcing the lawsuit. “We need state education administrators to create a system of accountability to ensure every educator teaches this subject in a way that preserves American Indians’ cultural integrity and to ensure the money Montanans voted to invest in Indian Education for All benefits every student. Now more than ever, this quality education is needed in our state.”

The Board of Public Education declined to comment Thursday, having just become aware of the challenge. An OPI spokesperson said the agency is aware of the lawsuit but does not comment on pending litigation.

The mandate that Montana’s K-12 school system commit to the recognition and preservation of Native American heritage was embedded in the state Constitution in 1972. In response to a 1990 Montana Supreme Court ruling stating that public school funding methods failed to address Indian education, the Legislature established a flow of state money explicitly designed to meet that mandate, directing millions each year to Montana schools to support educational programming and resources on tribal culture and heritage.

The ACLU’s lawsuit alleges that a lack of standards and oversight of that funding at OPI have resulted in a continued failure by Montana to meet its constitutional obligation. The complaint draws heavily from a report commissioned by OPI in 2015 to evaluate its implementation of Indian Education for All (IEFA). That report concluded that compliance with IEFA varied from high to low in districts across the state, and that teacher and student support for the mandate “was not universal.” It acknowledged that OPI had built “a multi-faceted program and support system” for Indian education, but suggested several potential improvements including development of a method for monitoring school programs that would more accurately document IEFA implementation.

According to the lawsuit, OPI’s monitoring continues to be insufficient. The lawsuit cites data collected by OPI indicating that some schools have failed to report how they spent IEFA funds, while others have used those funds for expenses that appear to be outside the scope of the law, such as counseling services and behavioral intervention training. The complaint further alleges that some uses of IEFA funds in recent years “may actually be inappropriate or harmful.” Examples mentioned in the complaint include the purchase by Deer Creek Elementary School of a children’s book titled “Squanto and the Miracle of Thanksgiving” that portrays the holiday’s history in a Christian context, and the purchase by the Broadwater School Library in Helena of a book about marmots. The latter includes a sticker on the inside cover that reads “Purchased with IEFA Funds 2007,” a photo of which is attached to the ACLU complaint.

Other allegations include a failure by OPI to establish minimum compliance standards, an absence of Indian education content in school accreditation standards, and a complete lack of enforcement of IEFA requirements. The ACLU also contends that Montana’s public school system has not met its responsibilities to work with tribal agencies and communities in providing classroom instruction and implementing educational goals.

“For example,” the complaint reads, “to the best of Plaintiffs’ knowledge, no Montana public school district or school, including the schools on the Fort Peck Indian Reservation, has sought the help or input of the Fort Peck Tribes Education Department in the development of any course instruction, including specific information related to the cultural heritage or contemporary contributions of American Indians.”

The ACLU is also seeking class action status to represent “all current and future students in the Montana public school system.” The complaint requests a preliminary injunction barring OPI from failing to meet its IEFA obligations.

“Indian Education for All is a resilient tool for Indigenous peoples,” said Angeline Cheek, Indigenous justice organizer at the ACLU of Montana, in a statement. “But if it is not implemented, the genocide and forced assimilation of Indigenous peoples continues even though we are the original inhabitants and caretakers of this continent.”

Montana Free Press Reporter Alex Sakariassen covers the education beat and the state Legislature for Montana Free Press. Alex spent the past decade writing long-form narrative stories that spotlight the people, the politics, and the wilds of Montana. A North Dakota native, he splits his free time between Missoula’s ski slopes and the quiet trout water of the Rocky Mountain Front.