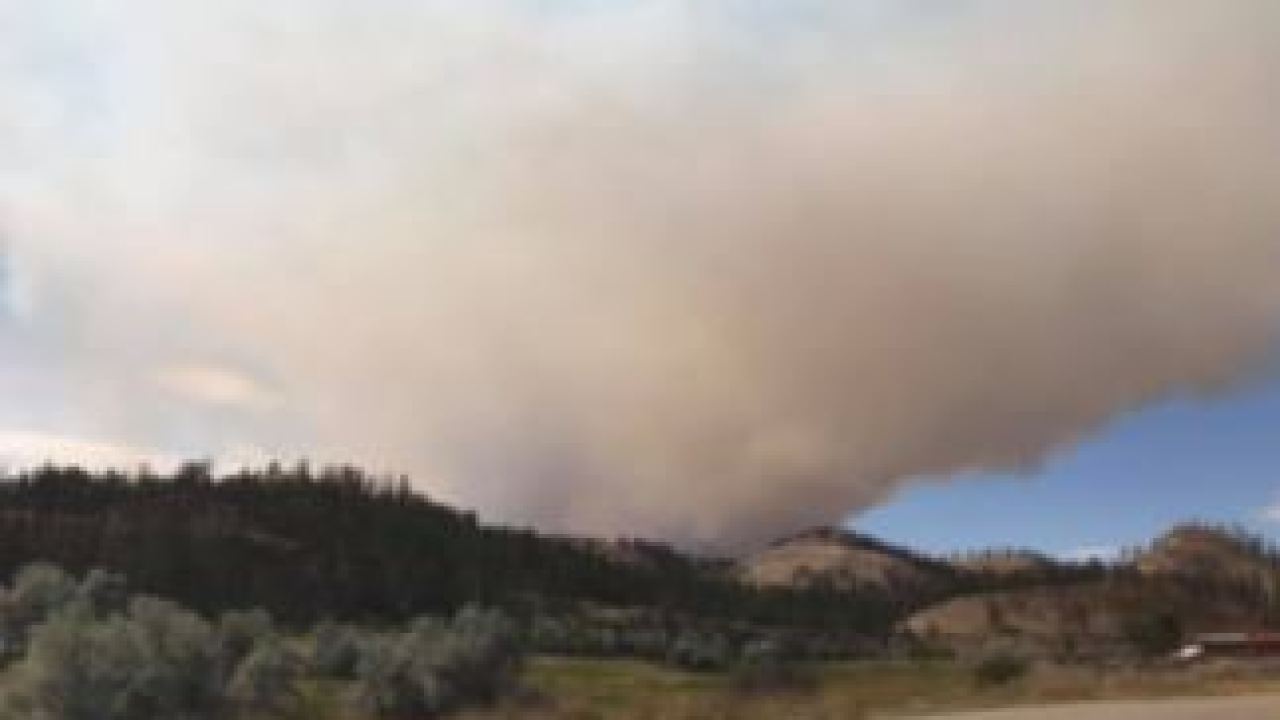 The Northern Cheyenne Tribe has an evacuation order from the Reservation line east to Iron Bridge (Rosebud Creek). Only emergency personnel and residents are permitted on US 212 there, mainly because of smoke on the highway.

The fire from an unknown cause was reported about 2 p.m. local time on Wednesday south of the Westmoreland Absaloka coal mine, according to John Kohn, the Crow Agency Bureau of Indian Affairs (BIA) fire information officer.

Officials are warning the fire could threaten ranches and home today.

The Sarpy fire pushed f15 miles south in seven hours, driven by 52 mph gusts, 94- degree temperatures, and very dry relative humidity. In a few hours, the fire burned an estimated 10,000 acres, mostly along the border of the Crow and Northern Cheyenne Reservations. Before dark it sent a red column of smoke over Lame Deer, about fifteen miles southeast.

Around 7 p.m. winds shifted from the northeast, which moved the fire to the south reaching Highway 212, two miles east of Busby, Mont.

With winds gusting from 10 to 20 mph today, fire officials would like to have the fire contained by Saturday which is expected to be hot and dry with strong winds.

This fire is similar to the Sarpy Complex eight years ago in the same area, which burned more than 85,000 acres in a day, and also headed south overnight to US 212 where it burned a trailer home and threatened other homes.

Plans last night included positioning resources where they can do the most good protecting structures and trying to head off this fire before it approaches buildings. Engines cannot go in front of a fire in high wind.

Many resources have converged on this incident including BIA Crow Agency fire engines, Big Horn County Rural Fire engines and support vehicles, BIA Northern Cheyenne engines and dozers and crew, local ranchers, and other responders. At 9 p.m., some resources are “hooking” [beginning to corral] parts of the fire. Ten engines are due this evening.

The Crow helicopter and helitack were first on scene but the fire was streaming to the horizon as they arrived.