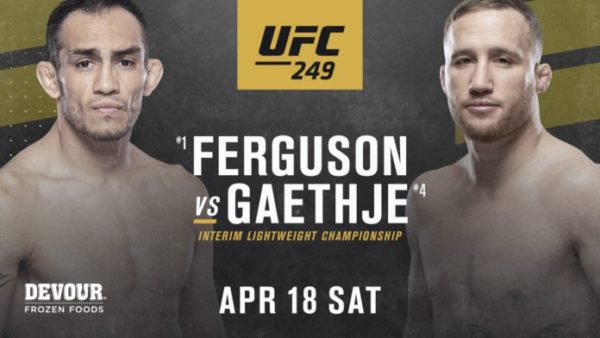 LEMOORE, Calif. — While events across the United States have been cancelled following the COVID-19 outbreak, the Ultimate Fighting Championship (U.F.C.) plans to proceed with an April 18 pay-per-view fight on Tribal land in Central California.  According to a story reported today by The New York Times, the U.F.C. event, originally booked at the Barclays Center in Brooklyn, is now set for the Tachi Palace Casino Resort, which sits on land owned by the Tachi-Yokut Tribe, part of the Santa Rosa Indian Community.

The casino closed to the public on March 20, due to mounting health concerns. The U.F.C. event, featuring the anticipated main event of Tony Ferguson vs. Justin Gaethje (and 11 other bouts), will occur with no audience in attendance. The U.F.C. has also reportedly secured a private island to hold further events. The location has not yet been revealed. The NYT story alleges U.F.C. President Dana White is “skirting Coronavirus limits” by holding the match on Tribal land. The story reports that three people “close to the decision” call this move an attempt to bypass “widespread federal and state guidelines against holding large gatherings during the coronavirus pandemic,” NYT writer Kevin Draper reported. In mid-March, as state mandated stay-at-home orders spread across the nation, the U.F.C. postponed three of its events. However, by holding the upcoming mixed-martial arts event on tribal land, the U.F.C. sidesteps California’s executive order forbidding large public gatherings. On Monday, White told ESPN he can safely host matches and will “continue to pump fights out.” This decision was announced as all other professional sports have been halted. “So when we do this fight April 18, international and in the United States, we’re going to start cranking,” White also told ESPN.

White has remained steadfast about continuing with his company’s roster of bouts, even as the Association of Ringside Physicians, has criticized his decision to move forward during the pandemic. The association, formed in 1997 to protect those involved combative sports, released a statement: “Any combat sport taking place during this global pandemic places the athletes, officials, and anyone else involved in the event under unnecessary risk of infection and transmission of Covid-19,” it stated. “In addition, combat sports athletes often require medical attention after a bout, and we do not wish to see any additional strain on an already overwhelmed medical system.” Calls and emails from Native News Online to U.F.C. and Tachi Palace Casino Resort went unanswered. This story will be updated if that changes.