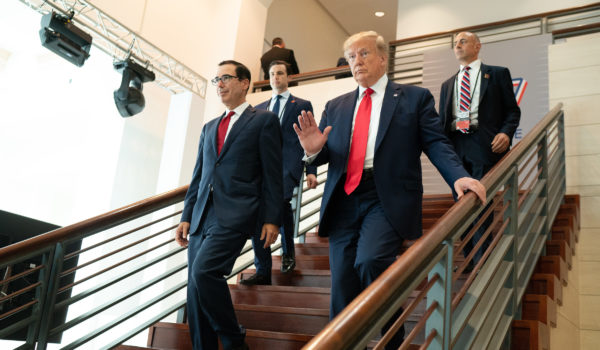 As tribal governments wait for the U.S. Department of Treasury to release $8 billion in overdue emergency funding, six tribes have sued the Trump Administration in an attempt to speed up the process.

The six tribes from five different states filed a lawsuit against Treasury Secretary Steven Mnuchin on Thursday in the U.S. District Court for the District of Columbia.

The lawsuit alleges that Mnuchin has “violated his clear non-discretionary duty” to disburse the funds allocated to tribal governments under Title V of the Coronavirus Aid, Relief and Economic Security (CARES) Act.

“As of today, April 30, 2020, the Secretary has violated his clear non-discretionary duty to act in accordance with the CARES Act mandate by failing to disburse Title V funds to Tribal governments, including the plaintiffs, within the timeframe Congress determined,” the filing states.

The tribes ask the court to order Mnuchin to disperse the funds within 24 hours “in a manner consistent with the CARES Act and this Court's April 27, 2020 Order.”

Earlier this week, federal Judge Amit Mehta ruled that Secretary Mnuchin cannot disburse any of the $8 billion of CARES Act relief funding intended for tribal governments to for-profit Alaska Native Corporations. While the court enjoined the Treasury Secretary from sending funds to ANCs, Mehta’s ruling did not direct Mnuchin to disburse the entire $8 billion in emergency relief funds to the 574 federally recognized tribes.

The ruling also did not instruct Mnuchin when the funds should be distributed, though Judge Mehta asked for an update today on progress toward that goal.

This is a developing story and will be updated as more information becomes available.