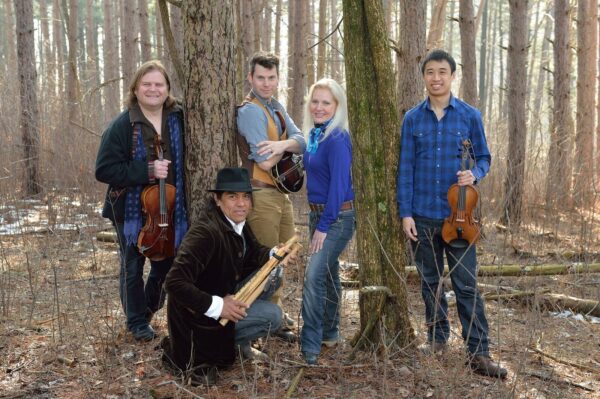 NEW YORK — An acclaimed string quartet is digitally releasing a documentary called “Strings on the Rez” in an effort to help raise funds for Navajo and Hopi families during COVID-19. Strings on the Rez, a 2011 documentary directed by Molly McBride, features the members of ETHEL, a New York-based string quartet. The film was shown at the Grand Canyon Music Festival and the Black Bear Film Festival, but will now be available online. The music-filled flick, filmed by McBride from 2006-2008, was shot in and around Tuba City, Ariz. and at the Grand Canyon. It tells about the group’s collaboration with guitar-playing high school students from the Navajo Nation. ETHEL and the young musicians meet in “tradition and modernity, discover a new flow of communication and share a heartfelt human exchange,” according to the filmmaker.

The online premiere is set for Sunday, June 21 at 5 p.m. Eastern Time and can be viewed via ETHEL’S YouTube page. Dorothy Lawson, co-founder and cellist of ETHEL, said the successful Navajo and Hopi COVID Relief Fund on GoFundMe, which has raised more than $5 million to date, sparked the idea. “In solidarity with our friends in Navajo Nation, where the pandemic has hit with a vengeance, ETHEL invites all of our followers and supporters to participate in the fundraiser-premiere of this documentary,” Lawson said in a statement. “ETHEL is releasing the film for the first time digitally to bring our fans’ generosity to bear on the grassroots Navajo-Hopi COVID-19 Relief Fund. They are providing effective, timely support under monstrous conditions.” As for ETHEL, the New York-based contemporary concert music group, which formed in 1998, is internationally known for its genre-blending style that the New York Times called “indefatigable and eclectic.” Over the course of nine studio albums, ETHEL has performed in 250 cities, 45 states and 14 countries. The group has won both a Native American Music Award and a Grammy Award with jazz legend Kurt Elling. The group’s 2010 LP, Oshtali, presents a collection of short string works by student composers from the Chickasaw Summer Arts Academy in Norman, Oklahoma. Strings on the Rez (digital premiere)

Donate directly to the Navajo & Hopi COVID-19 fund via GoFundMe.