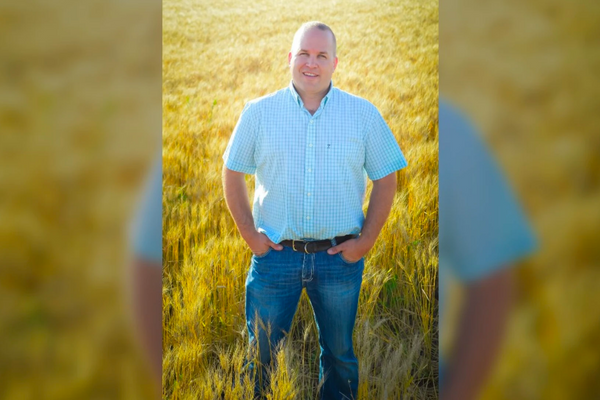 WHITE RIVER, SD — Just days before the midterm elections, a Republican candidate for the South Dakota State Senate in next week’s election has been charged with child abuse.

Joel M. Koskan was charged on Thursday for multiple sexual acts against his adopted daughter.

According to court documents obtained by Native News Online on Thursday, the crimes began in 2014, when the adopted child was placed in the home at 12 years old. The victim was interviewed by law enforcement earlier this year and stated that she was adopted by Joel and Sally Koskan 10 years ago. When she realized what was inappropriate touching while attending a summer youth camp in the Black Hills, she told camp counselors that her adopted father, Joel, had a sexual interest in her and he wanted to be sexually intimate with her.

Because of the uncertainty of the foster care system in South Dakota, she shared with investigators that when the camp notified the South Dakota Department of Social Services she refused to disclose any further information.

The summer camp kept her in the Black Hills for an additional two weeks She told investigators that when she returned home, her parents were upset with her and accused her of trying to break up the family. She said that her father’s touching stopped for a year or two and that her mother, Sally, began watching Joel’s interactions more closely.

Upon her return from the camp, a camera was placed in her home, giving her father the ability to constantly watch her live on his cell phone. Later, she expressed to her parents that a camera placed in her room made her feel very uncomfortable, only to be told her requests were “disrespectful”.

In her statement to the police, she stated that her adoptive father rigorously monitored her actions and what she wore, including whether or not she could wear a bra. In addition, as a teenager, he made her straddle him wearing only a nightgown with no clothing underneath.

It wasn’t until she was 17 did she indicate that Joel penetrated her vagina with his fingers, which eventually led to sexual intercourse numerous times in the family’s separate homes in Mellette County and Watertown, South Dakota.

According to court documents, South Dakota Internet Crimes Against Children investigator Shane Hardie conducted an examination of the victim’s cellular device, which she said included an app that monitors her live location and her daily activity. Investigators confirmed multiple text messages were noted making reference to her phone’s GPS tracking and video monitoring of her daily activities. Investigators also listed in the complaint that on May 6, 2022 that a text message from Joel stated, “you promised you’d never do this,” and “I’m begging you, you don’t want to do this.”

A summons was issued for Koskan today and court records indicate he has been taken into custody. An initial hearing was set in a Mellette County courtroom for Nov. 7.  If convicted of the charges, he faces up to 15 years in prison and fines of up to $20,000.

“These allegations concerning Joel Koskan are deeply disturbing, and he should immediately end his campaign,” South Dakota Democratic party chair Randy Seiler said in a statement on Thursday.  “While he will still appear on the ballot, the choice for the voters of District 26 couldn’t be clearer. Partisan politics aside, Joel Koskan should not be voting in the legislature on issues that affect South Dakota kids — or any issues at all.”

EDITOR’S NOTE: In cases of alleged sexual crimes, Native News Online works to protect the identity and privacy of any alleged victims and/or witnesses in our reporting. Due to this policy, some identifying details have been intentionally left out of this story.