Shawnee Chief Ben Barnes: "We are Risk of Losing the Voices of Our Grandparents Forever" 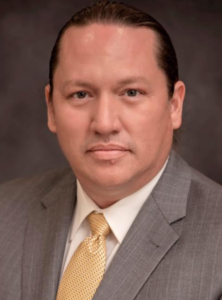 MIAMI, Okla. — Chief Ben Barnes of the Shawnee Tribe, based in Miami, Oklahoma, has declared a State of Emergency for the Shawnee language through a proclamation. Through the proclamation, Barnes declared this year, 2020, be the Year of the Shawnee Language, in recognition of the United Nations International Year of Indigenous Languages.

Barnes says in the proclamation the Shawnee Tribe is "at risk of losing the voices of our grandparents forever." He cites there are less two dozen first-born speakers of the Shawnee language among his tribal citizenry, and an even smaller number of next -generations speakers.

Barnes says during this year, the Shawnee Tribe will find ways to deploy curriculum in its communities and pedeagogies to volunteer teachers where the Shawnee diaspora touches.

"The Year of the Shawnee Language will be a year to plant seeds for our future, a crop we will harvest as one that shall begin to bear fruit in the coming decade," Barnes continues.

Barnes further declared through a proclamation of teh International Decade of Indigenous Languages, the Office of the Chief of the Shawnee Tribe hereby declares beginning January 1st of 2021, "we will enter into the Decade of Shawnee Language, where we will deploy a language plan to all of the Shawnee Communities to create fluent language speakers from the youngest of our people."