Sen. Heinrich Calls for An Investigation into The Release of Sensitive Tribal Data

WASHINGTON — One United States senator is calling for an investigation into the breach of sensitive tribal data that occurred on Friday, April 17, 2020. 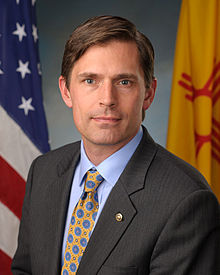 U.S. Senator Martin Heinrich (D-N.M.) issued the following statement, calling for an investigation into the release of the sensitive information:

"I am disappointed and concerned by the release of sensitive data that Native American communities provided the Department of Treasury and Department of Interior. Tribal nations in New Mexico are facing a disproportionate impact to their populations due to the coronavirus pandemic and access to the $8 billion Coronavirus Relief Fund is vital to their response and recovery efforts. I am calling for an immediate and thorough investigation by both departments' Inspectors General to identify the source and motivation for the release of this private tribal information."

Last week, Sen. Tom Udall (D-N.M.), vice chairman of the Senate Committee on Indian Affairs, said that breach of tribal data may violate the Interior Department’s trust responsibilities to tribes and may be unlawful.

“The Department’s actions related to receiving and maintaining this data should be closely scrutinized and anyone responsible for mishandling it should be held accountable.” Udall told Native News Online. “The administration, as a trustee, has a duty to be a good steward of any resources Tribes place in its hands – including sensitive and proprietary information.”

“I fought alongside my colleagues in Congress to secure critical funding for tribal governments in the CARES Act so they can protect the health, safety and financial security of Indian Country. I’m deeply concerned by the administration’s implementation of these provisions, especially the leak of sensitive information that tribal governments supplied in order to access these potentially life-saving funds. We need an immediate, full investigation into this data breach, as well as oversight to ensure fair distribution of the $8 billion in the CARES Act intended only for tribal governments.”

The National Congress of American Indians (NCAI) also called for an investigation.

“This release of sensitive information comes at a time when tribal governments are in dire need of resources to respond to and recover from the coronavirus (COVID-19) pandemic. NCAI demands a full and swift investigation into the source of the data breach,” the organization said in a statement.

A Demand for a Full Investigation of the Tribal Data Breach