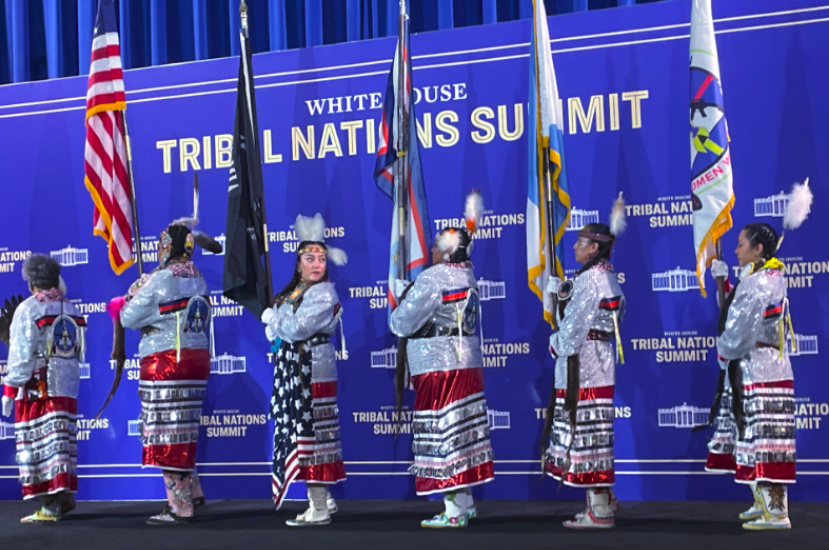 WASHINGTON  — Hundreds of tribal leaders attended the White House Tribal Nations Summit last week in the nation's capital. While most of the summit dealt with policy issues that impact Indian Country, some moments were worth noting, as captured by Native News Online: 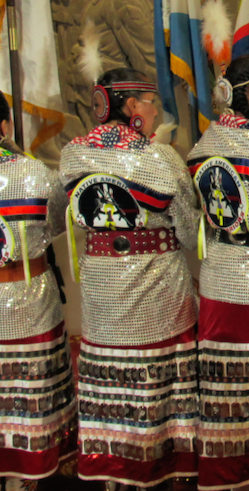 A crowd favorite was the posting of the colors by the Native American Women Warriors. This group warrior group is comprised of U.S. Armed Forces veteran Native American women. Instead of cones that are typically sewn onto the regalia, the group’s founder Mitchelene BigMan (Apsáalooke), said her dog tags contained her personal vital information from her original dog tag when she served in the U.S. Army. 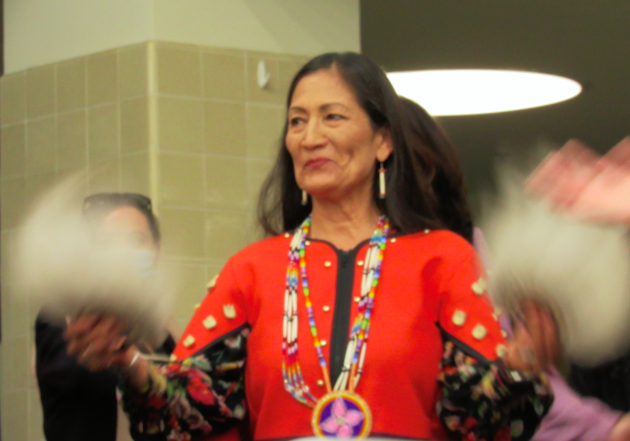 One prevailing feeling that is most enjoyable in Indian Country is Interior Secretary Deb Haaland (Laguna Pueblo) is one of us. Fresh off the stage at the White House Tribal Nations Summit, where she participated in an armchair conversation with tribal leaders on public safety and justice, where she wore regalia, Sec. Haaland dropped by the Bistro for lunch with tribal leaders. The attendees enjoyed a performance by a Yup’ik dance group from Alaska. Sec. Haaland showed the crowd she is one of us by dancing with the group when members of the audience were invited to participate. 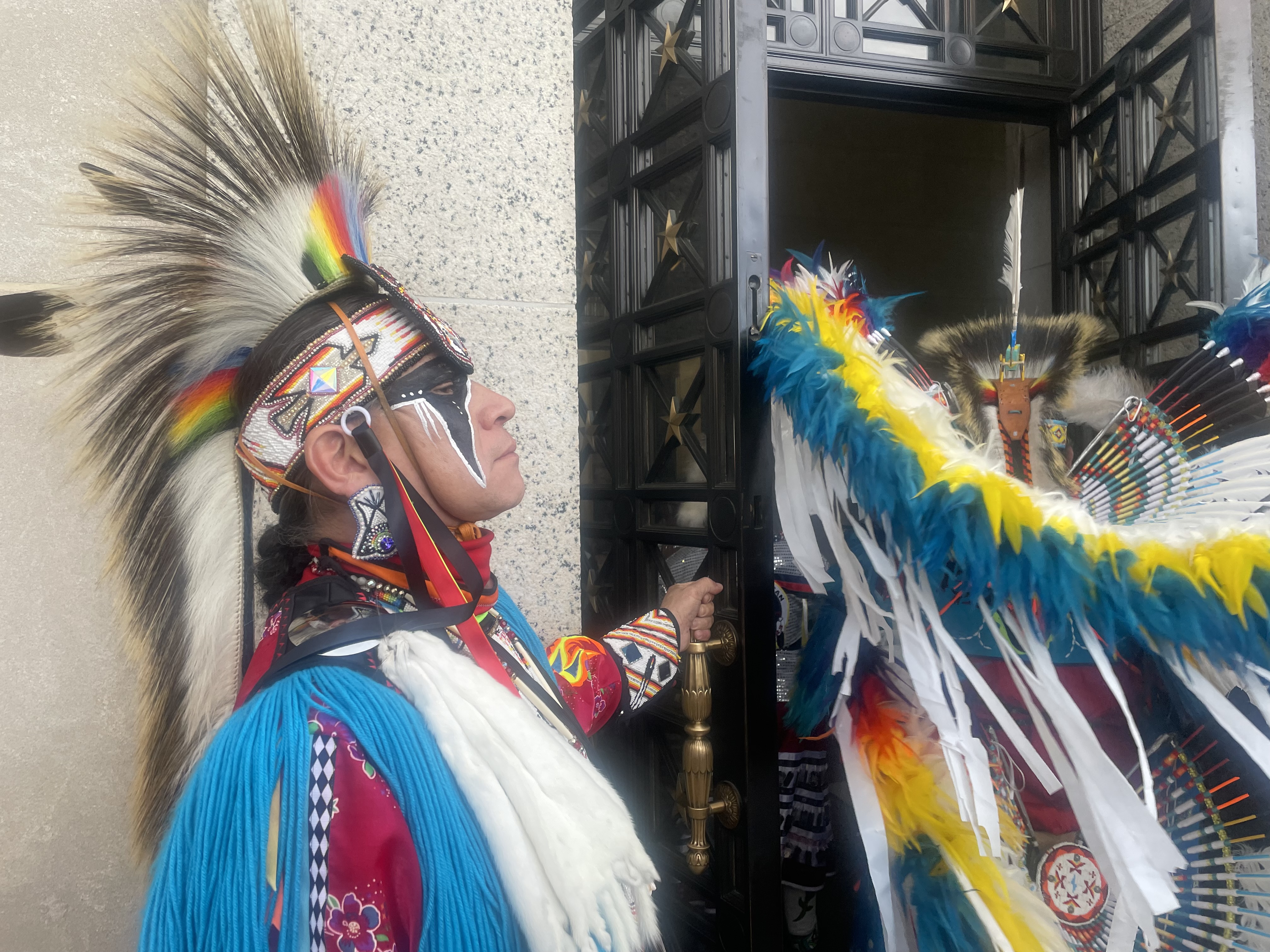 Looking stoic at the doors to the BIA

Ronnie Preston (San Carlos Apache), who works at the Chicago American Indian Center in cultural programming, performed during lunch for tribal leaders in the Bistro in the U.S. Department of the Interior. After the day, he was overheard saying he wanted to act “all stoic” as he held the doors that could lead a guest to the Bureau of Indian Affairs offices. 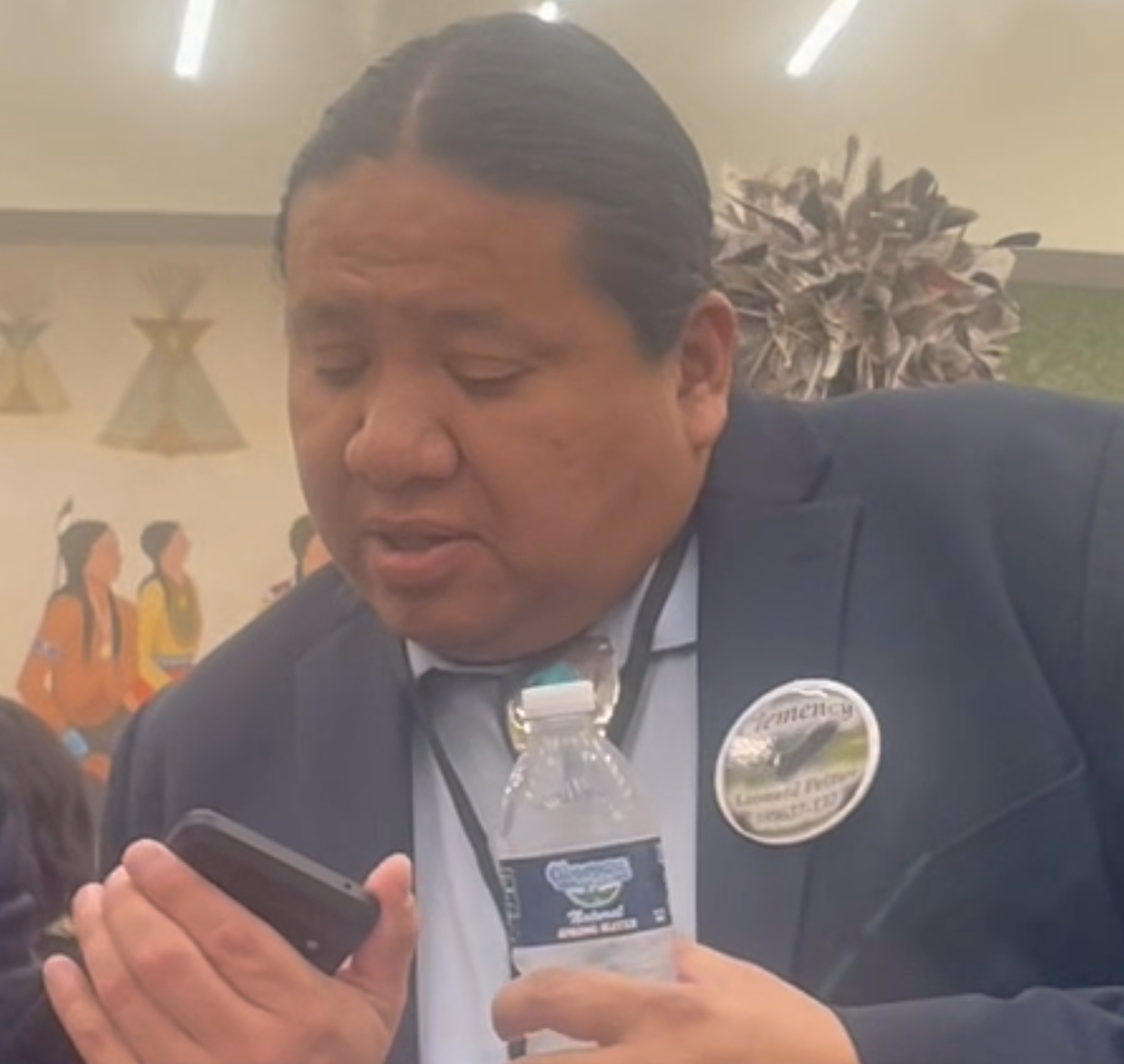 At least one tribal leader was promoting the freedom of political prisoner Leonard Peltier (Turtle Mountain Ojibwe), who, following a controversial trial, was convicted of aiding and abetting murder and has been imprisoned since 1977. Many people and human rights organizations, including Amnesty International, the Southern Christian Leadership Conference, the National Congress of American Indians, the Robert F. Kennedy Memorial Center for Human Rights, Archbishop Desmond Tutu, and others, believe Peltier is a political prisoner who should be immediately released.

Oglala Sioux Tribe President Kevin Killer wore a button that read “Free Leonard Peltier” on his lapel for all to see. 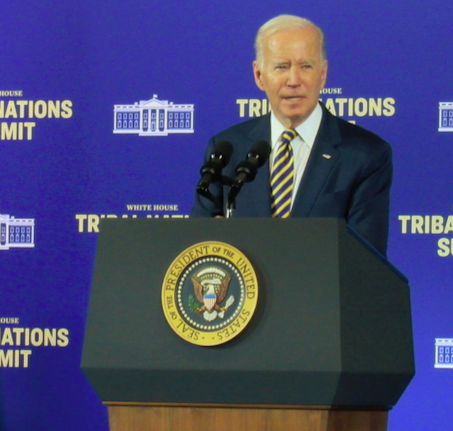 During his official remarks to tribal leaders, President Biden went off script in response to a crowd member who he mistook for a heckler.

While the president was talking about his idea of respect, an audience member shouted something indistinguishable, and Biden paused and said–” Beg your pardon?”

“When I talk about respect, here's what I mean by respect,” Biden said. “Respect for tribes as nations and treaties as law—beg your pardon?” He explained, “I thought you said ‘no.’ I was getting a little worried.”

The President was met with applause and continued his remarks. 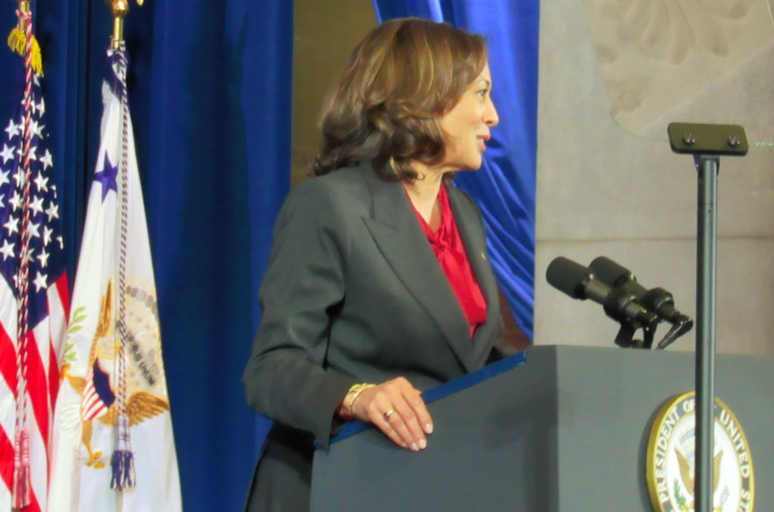 Vice President Kamala Harris delivered remarks on the afternoon of Nov. 30. She said that, given her longstanding history of fighting for children and families, she understands the importance of the Indian Child Welfare Act (ICWA), a 1978 U.S. federal law currently under attack that governs jurisdiction over the removal of Native American children from their families in adoption and foster care cases.

“Here’s what I know about ICWA: It was crafted to address systemic injustice,” Harris said. “For centuries, Native children have torn away from their families and their communities. These acts were not only violations of basic human rights for those children and their families but also an attack on the very existence of tribal nations. I will tell you, as I stand here as Vice President, that President Biden and I remain determined to work with you with Native leaders to safeguard the protections of ICWA.”

Her statement yielded her thunderous applause.