SAINT PAUL, Minn. — On Monday, the Minnesota Bureau of Criminal Apprehension (BCA) announced that a man’s remains were found in several five-gallon buckets and a tote bag on the bottom of Lake Superior on July 15. His name is Richard “Ricky” Anthony Balsimo and he’s a member of the Turtle Mountain Band of Chippewa in North Dakota. The family says he was last seen in Minneapolis late June 19. Police say he was last seen in St. Paul on June 20. 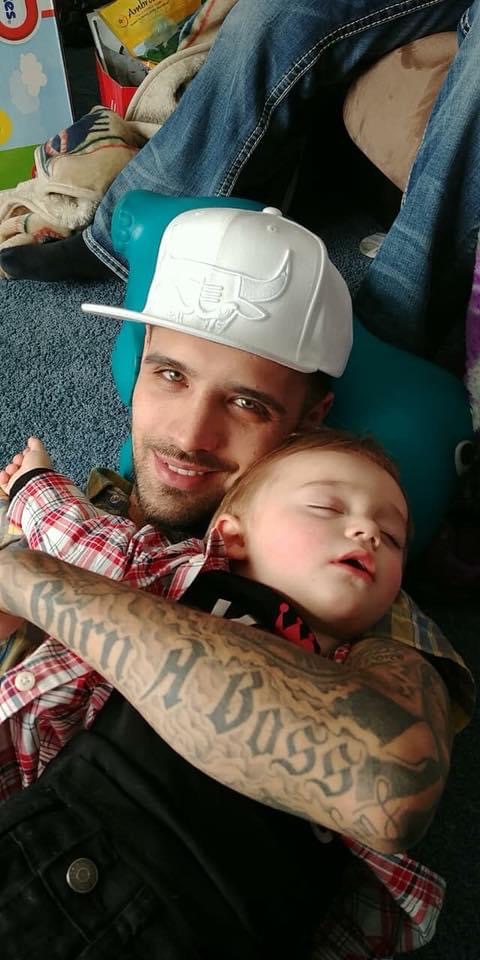 Suspicions began to arise by the family after several days of unresponsive text messages and phone calls to both Balsimo and a couple of known acquaintances. “When my brother didn’t respond to anyone from the family for a couple of days, we feared that something bad had happened to him,” Balsimo's sister, Raquel Turner, told Native News Online. “He always made sure we knew he was okay.”

Balsimo's parents, Richard and Kim Balsimo, tried to file a missing person’s report to the St. Paul Police Department on June 29, but the police officer who took their statement said Ricky had an active warrant. “All we got was ‘we will see what we can do,’” said Richard Balsimo, Sr. to Native News Online.

A day earlier, June 28, Balsimo's father drove to the Duluth/Superior area to search for him because he knew a lot of people from the area where Balsimo was before his disappearance. That’s also where the person who was supposed to bring Balsimo home lives. “He was supposed to be brought home by a friend that lives in Duluth for Father’s Day, but never made it,” Turner said.

So, on June 30, Turner and Cassandra Hernandez, went to the St. Paul Police Department and spoke with an officer about filing a missing person’s report for her brother.  “He gave us a number to call and file a report, so we filed it and were told we would get a phone call from an investigator, but we never did,” Turner said.

The family didn’t limit their attempts to find their relative with local law enforcement though. When Balsimo's father drove to Duluth to search for his son, he also attempted to file a missing person’s report with the Duluth Police Department as well as the Superior Police Department on June 28. The Duluth Police Department wouldn’t meet with his parents in person and were only available to speak over the phone. A Superior police officer told the family that the department couldn’t file a missing person’s report until the St. Paul Police Department made a decision.  Frustated with law enforcement, the family decided to hire Applied Professional Services (APS), an investigative consulting firm based in Duluth, on July 1.

“APS detectives began a comprehensive investigation into his disappearance as soon as we could,” said Applied Professional Services President Justin Terch in an email to Native News Online. “Our detectives determined that Mr. Balsimo was the victim of homicidal violence, while securing evidence that identified the people responsible for his death.”

According to the criminal complaint, on July 13 the Douglas County Sheriff's Office in Wisconsin told the MN BCA it had learned Balsimo was likely killed and dismembered on June 20, and his body was later placed in 5-gallon buckets in Lake Superior outside of Grand Portage, Minn.—146 miles northeast of Duluth. Parts of Balsimo’s body were found off the shores of Grand Portage by dive teams on July 15 and 16. 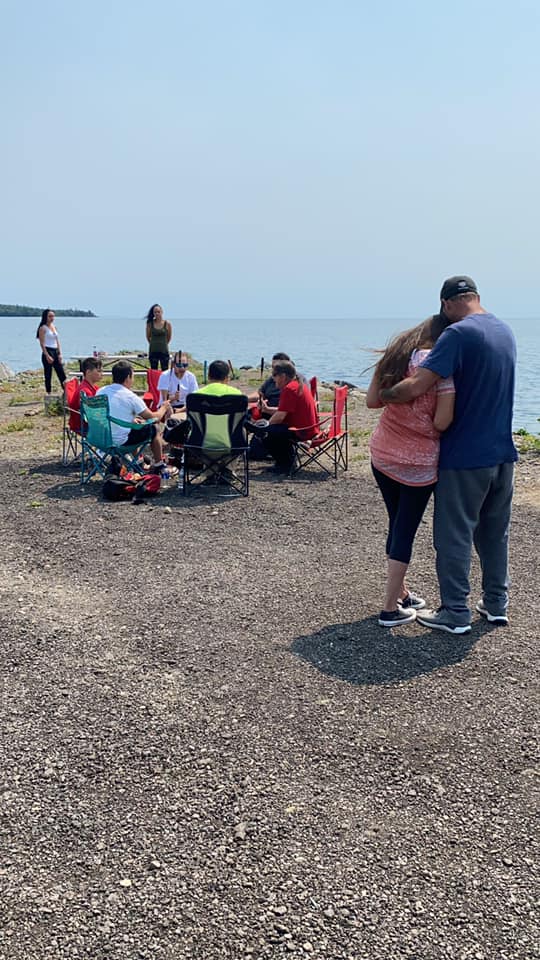 Singers from the Grand Portage Indian Reservation sang on the shores of Lake Superior on July 17, the day after Ricky Balsimo's remains were found dismembered. (Photo/Raquel Turner)

The Cook County Attorney’s Office charged Robert Thomas West, 41, of Duluth, Minn., on July 16 with one count of Aiding and Offender and one count Interference with a Dead Body and more charges are anticipated.

According to a statement made by the APS, the organization had five detectives searching for  Balsimo in parts of Minnesota and Wisconsin, ultimately assisting various law enforcement agencies in identifiying the location of his remains.

“We thank the BCA, Superior Police Detective Joel Markon and the other agencies involved in the final stages of the investigation to recover Mr. Balsimo’s remains,” said APS President Terch. “We feel deeply for the Balsimo family. No one should have to go through the terrible emotions and sad news that they have dealt with in recent weeks.”

When the family hired APS, they knew there was a possibility that there wouldn’t be a happy ending. “All we wanted was to bring Ricky home, and we had hope that he was alive, but there was no way Ricky would have been (alive) and not contacted someone,” Turner said.

‘If it weren’t for the BCA and our private investigator with APS, we would have been swimming ourselves to find my brother,” she said. “It seemed as if my brother was just another missing Indigenous man who they viewed as a criminal. I have never been treated so horribly by police officers in my life, they had their opinions about my brother and it crowded their judgment on all of us.”

“My brother was an amazing man with a big heart,” Turner said of her brother. “Ricky has three little boys who will never see their father again.”

After weeks of turmoil, the family shared words of gratitude and appreciation to all those that help find their relative, Ricky Balsimo, Jr.

“I want to acknowledge the work that the Minnesota Bureau of Criminal Apprehension, the investigators at the Applied Professional Services, and the divers provided in helping find our relative,” Turner said. “The Grand Portage Tribal community were also amazing to our family when we arrived.” The Grand Portage Indian Reservation is the home of the Grand Portage Band of Lake Superior Chippewa Indians and a historic fur trade site along 18 miles of the Lake Superior.

“He was held in the arms of our Lady Lake Superior, and what the fools who put Ricky there did not know was, she gave him the power to call out to his family,” said Grand Portage Tribal Member Norma Jo Roth on Facebook. “We are the home of a very powerful Spirit tree who watches over us all in our Native Lands. She and Lady Lake called for Ricky's family to come here and save him. They are the heart of our people, we protect them as they in turn protect us.”

The family has set up a GoFundMe for expenses to bring Ricky’s remains to the Twin Cities area for burial services.

Although law enforcement is still conducting an active and ongoing investigation, investigators do not believe there is an ongoing threat to public safety.