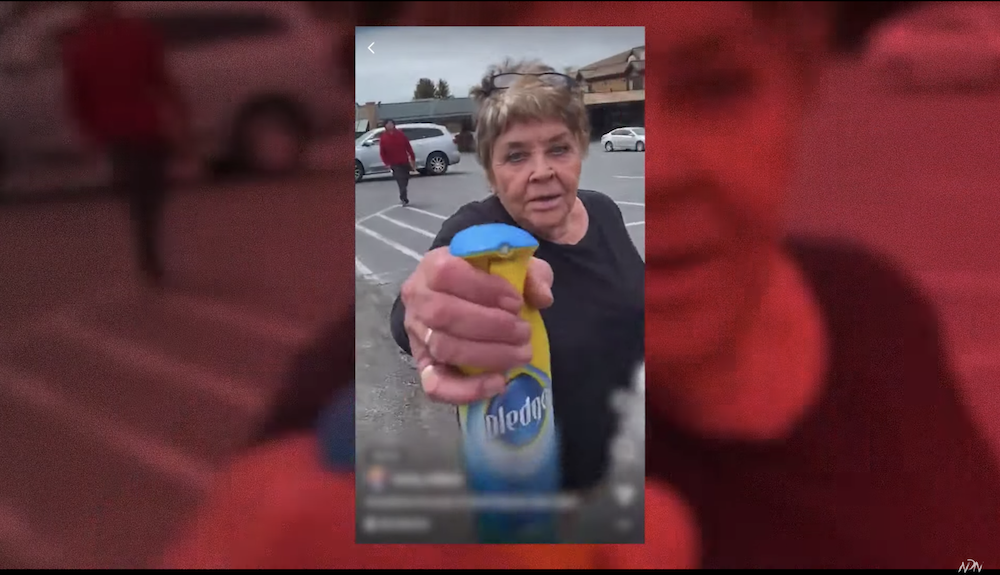 The hotel owner who banned Native Americans from her property in South Dakota two months ago was arrested today for assaulting protesters at a demonstration organized by NDN Collective.

Connie Uhre, 75, the owner of the Grand Gateway Hotel in Rapid City, was charged with three counts of simple assault by the Rapid City Police Department for spraying what appeared to be a cleaning agent in the faces of several people outside the hotel.

Uhre’s arrest was confirmed by Warren Poaches, a spokesperson for the Rapid City police. "More information on the crime will be available on Monday," Poaches told Native News Online.

The incident, which was recorded, occured during a protest at the hotel that was organized by NDN Collective. Both Uhre and the Grand Gateway have been under fire since March, when she made disparaging comments about Native American people and banned them from the hotel property after a shooting incident on the property that eventually left one dead.

In a video published by NDN Collective, Uhre had a bottle of Pledge, a home cleaning product, and sprayed three separate times towards other demonstrators outside the Grand Gateway Hotel.

"I didn't think she would do that, being elderly," Lucie McClellan, one of the victims of the incident, told Native News Online. "I was shocked and am facing three surgeries for my eye.”

McClellan has glaucoma and diabetes and attends the demonstrations with her husband. She's originally from Ponca City, Oklahoma.

"We didn't know what it was, and at first I thought it was mace," Lloyd Big Crow, one of the demonstrators at Friday's event, told Native News Online. Big Crow's nephew, Blaine Pourier, was the victim of a shooting at the Grand Gateway on March 20.

"This is what we mean when we say that white supremacy is violent," Sunny Red Bear, director of racial equity for NDN Collective, said in a statement on Friday. Red Bear was also sprayed by Uhre.

"Connie Uhre already made her view of Native people clear when she said she'd ban all of us from her business, and when her staff followed through on that — those actions were violent."

On Saturday, March 26, leaders of the Great Sioux Nation in South Dakota and hundreds of demonstrators issued a "Notice of Trespass (Cease and Desist) order against Connie Uhre and the Grand Gateway Hotel with hopes of shutting the business down. After the order was delivered, the hotel posted on its website that it's "temporarily closed" and organizers have maintained protesting at the hotel property for the last six weeks, calling the business "racist."

"Connie Uhre's behavior today was not only racist, violent and disgusting — it was also illegal," NDN Collective President and CEO Nick Tilsen said in a statement on Friday. "This incident will be added to the federal civil rights lawsuit that was filed in March."

NDN Collective filed a federal civil rights lawsuit in the U.S. District Court-South Dakota Western District after members of the organizations were denied room rentals two days in a row. The lawsuit alleges that the hotel practices "intentional racial discrimination against Native Americans.”

Under South Dakota law, assault is codified as a Class 1 misdemeanor punishable by up to one year in jail and a fine of up to $2,000. Third, and more, subsequent convictions for simple assaults are punished as felonies in South Dakota.