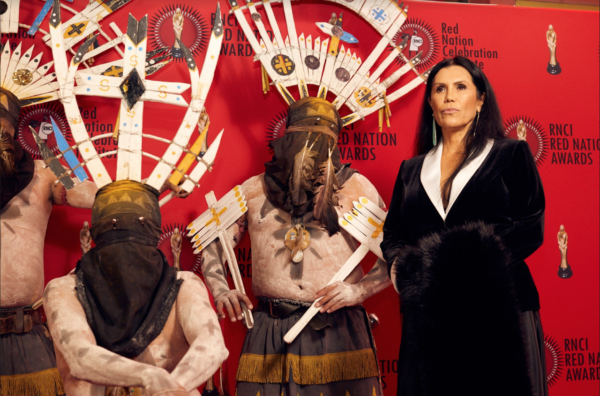 LOS ANGELES — With the 92nd Academy Awards just days away, Oscar buzz is looming heavy over Hollywood. Not too far down the road, another cinema fixture is also gearing up: the 11th annual Native Women in FILM Festival. Founded by Joanelle Romero, Native Women in Film is the only film festival focused solely on celebrating  and bolstering the brilliant work of Native women—from directors and producers to actors and writers. Presented by the Red Nation Celebration Institute, the festival runs Feb. 5-6 at Lumiere Cinema in Beverly Hills and will screen six films over two days: Women of the White Buffalo, The Condor & The Eagle, Once Upon A River, Sacheen: Breaking the Silence, Hollywood Indian. All won awards at 24th the Red Nation Celebration Institute Film Festival, held back in November. 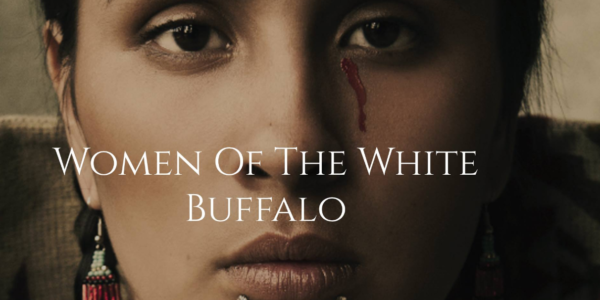 Somebody’s Daughter, the new documentary about missing and murdered Indigenous women that had its world premiere earlier this month, will also be screened.

Aside from films, the festival’s “Conversation Series,” which happens after each screening, comprises impressive panels and will stream live on the Native Women in FILM & Television Facebook page. On Feb. 10, the discussions will air via Red Nation Television Network, the institute’s online streaming service. For the full itinerary, check out the full festival program and schedule.

Romero, founder of the Red Nation Celebration Institute, is an American media proprietor, an acclaimed actress in films and television and an award-winning director and producer. Her varied career also includes being a veteran singer/songwriter, philanthropist and humanitarian. Romero is also a documented Mescalero-Chiricahua Apache/Navajo/Southern Ute/Paiute/Spanish Sephardic Jew.  Pawnee and Pojoaque by marriage and Iroquois by relation.

Recently, the entrepreneur chatted with Native News Online about the upcoming festival and her many missions in life.

For those who’ve never attended, how would you describe the Native Women in FILM Festival? It’s films directed and produced by Native women. Sometimes we’ll have a film directed by a man but produced by a woman, but it’s all Native content. It’s the only Native women film festival in the country. This is our 11th year. Native Women in film has always been a part of our big festival held in November: Red Nation International Film Festival in Los Angeles. And then eleven years ago, it broke out into its own stand-alone film festival to keep our Native women’s image and voice in the forefront of the industry. Because, really, Native women in film and television are the most under-represented group, period. Native women—not the whole body of Native content, but Native women.

For instance, I starred in the first contemporary Native women story ever produced, in 1977 (The Girl Called Hatter Fox). It took Hollywood 42 years to produce another film where a Native actress is in a contemporary role, and that’s Netflix’s Chambers. In regard to episodic television, it’s been 16 years and because of our call to action and meeting with the networks, we finally got a Native actress as a series regular on episodic television, which is great.

With so many great films, how do you choose what is screened at the Native Women in FILM Festival? There are six that screen in February during Oscar week at Native Women in FILM. They are films that previously won at Red Nation Celebration Institute Film Festival back in November—the ones directed by and produced by women. For our big festival in November, there are hundreds of submissions, then about 53 to 60 screen in November. We have a jury. Our jurors consist of Academy members, actors and producers. We had a great jury this year, it was amazing. So, all of these films have won an award at Red Nation, except for one this year: Somebody’s Daughter.

I understand you’re celebrating an anniversary? This year, the Red Nation Celebration Institute is celebrating its 25th anniversary. But, years ago, in 2006, under the Institute, we founded Red Nation Television Network—before Netflix, Hulu or any of those. It’s an online streaming company. Right now, we’re in our fifth facelift and we’re uploading 300 new titles this year for our 25th anniversary. We’re in talks with Netflix, we’re in talks with so many people. It’s amazing what’s going on.

The whole thing with our institute, the fundamental foundation, is to continue to unite creatives within our community, to bring together greater force to the entertainment industry and the world at large. We have supported, over 25 years, so many artists and creatives. We’ve helped launch careers. Also, the impact we’ve had on the industry, we’ve been able to close deals with major networks. Beyond that, the Red Nation Celebration Institute also has a four-year partnership with the University of Southern California (USC). This year, for our 25th, we’re cutting the ribbon on our Native Studies Center, that’s going to be under our name at USC.

I know you were born-and-raised in the industry and, for instance, your mother starred in many films alongside Elvis Presley. What was your first big break? Earlier you briefly touched on the 1977 TV film you starred in, The Girl Called Hatter Fox—would that perhaps be it? That was my first big break. They went on a national search for a year and couldn’t find the actress. It’s a great story, I was at my mom’s visiting her and this lady walks in with one of my mom’s friends and she had just become an agent. It was Bob Dylan’s manager’s best friend’s sister. She said, “Oh, are you an actress?” I was in a really bad mood that day. I was 17 and just broke up with my boyfriend and was like, “Don’t you bother me.” (laughs). My mom goes, “Put her up for the part!” She did and I got an interview. It was at CBS.

The film is based on a novel by Marilyn Harris. I wore John Barrymore’s jeans. I borrowed his jeans for a good look. I just wore this black shirt, I had no makeup, no jewelry, my hair wasn’t combed. I went in barefoot and dug my fingers and toes in the dirt for good luck. I had my great grandpa’s poncho with me. All the other actors who showed up to audition were all blinged-out to the max.

When I first signed-in with the reception at the audition, she asked me what my name was and I said, “Hatter Fox.” Then when I went in to actually talk to the director and producer and they said, “State your name” and I said, “I’m Hatter Fox” … and they go, “You got it.”