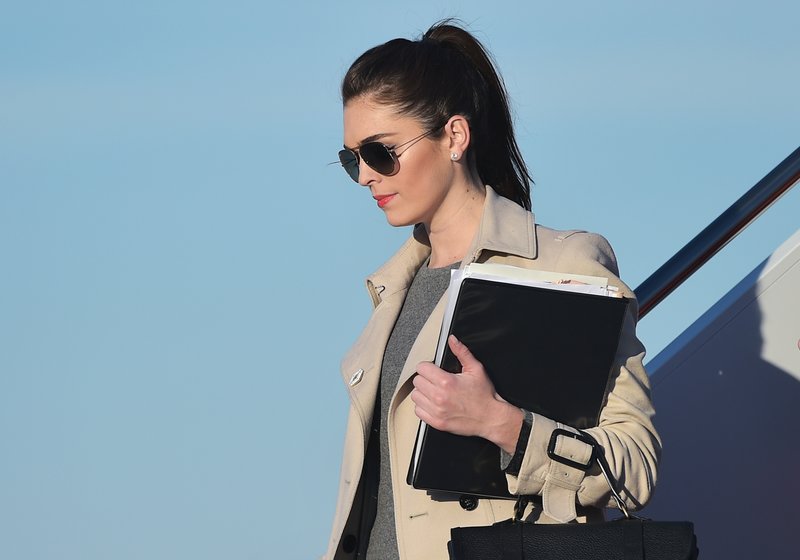 WASHINGTON — President Donald Trump told Fox News on Thursday night he and his wife will begin the quarantine process after it was disclosed one of his top advisers, Hope Hicks has been diagnosed with Covid-19.

Hicks has traveled with Trump several times during this past week aboard Air Force One, including the trip to Cleveland on Tuesday night for the first 2020 presidential debate and to a campaign rally in Duluth, Minn. on Wednseday night. Hicks, without wearing a facial mask, also flew on Wednesday night on Marine One back to the White House grounds.

Trump told Fox News' Sean Hannity during an interview Thursday evening that he and his wife were tested for Covid-19 after they learned about Hicks testing positive and were awaiting the results of their tests.

Trump was originally supposed to fly to Florida for another campaign rally. The Trump campaign has not issued a statement on Friday's schedule late Thursday.

The president openly mocked his opponent, Democratic presidential nominee and former vice president Joe Biden during Tuesday's debate, for wearing a mask. Trump will assuredly face criticism for his lack of support of the recommendation of the Centers for Disease Control and Prevention (CDC) to wear masks to help reduce the spread of the deadly Covid-19.