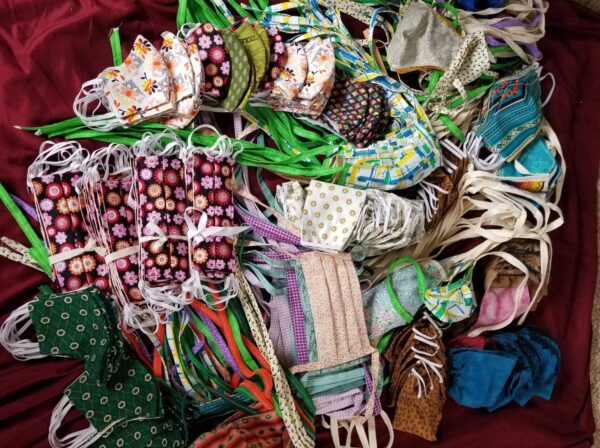 DOWAGIAC, Mich. – While COVID-19 remains a growing health concern across Indian Country, members of the Elders Council of The Pokagon Band of Potawatomi have been working on protecting their community — one mask at a time. 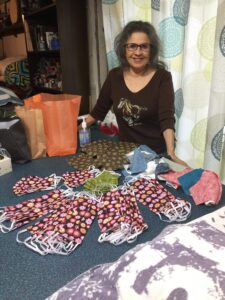 Over the past couple of months, the council has kept busy creating and distributing face masks to protect Pokagon Health Service employees, patients, Pokagon Elders, spouses, and Pokagon Citizens from the potential spread of COVID-19. Since the project started, the Elders have sewn more than 1,400 masks, which was the initial goal.

In addition to masks for the Pokagon community, the group of elders also shared their mask-making skills far beyond the southwest Michigan area that is their home.

Last month, the group also partnered with Kelly Benally, a member of Michigan’s Saginaw Chippewa Indian Tribe, to send more than 300 facemasks to the Navajo Nation as part of Operation Sadie, a relief drive named for Benally’s 90-year old mother-in-law.

In a recent Native News Online interview, Elders Council Vice-Chairman Julie N. Dye and elder Rhonda Keene both said they launched this mission to “to help the community and family.”

In early April, Dye said she was listening to the news talking about shortages on proper medical gear supplies. She also heard how nurses, doctors and other medical officials were using makeshift materials to protect themselves. It was then Dye said she was moved to help whoever she could. To start, Dye said she began reaching out to the Pokagon Elders Facebook group. Through that social media channel, she found a surge of local elders who were ready to help out and take on the challenge of helping others. 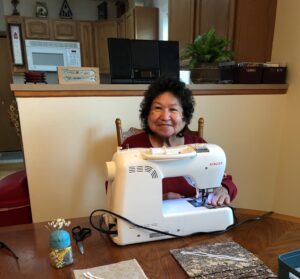 Over the course of the project, 14 local Pokagon Elder seamstresses have volunteered their time and skills to make these masks. Initially, getting materials was a challenge, but several donors came along and supported the facemask project.

One donor in particular, Julie Winchester-Farver, stood out to its organizers. Winchester is one of the many elder seamstresses who is committed to helping, but she’s also the owner of the recently opened Quilted Oak Leaf in Dowagiac. The business opened March 5, just days before a stay-home order was implemented by Michigan Governor Gretchen Whitmer.

“This has been a heartwarming, community-building project that provided an essential mission for skilled, idle hands during self- isolation,”  Dye said.

Deborah Williams, one of the 14 elder seamstresses, said she was moved by the power of teamwork and commitment within the group.

“It’s an honor to be part of this group of seamstresses,” Williams said. “At first, the goal seemed pretty big, but we all pitched in and did what needed to be done. Look at what we accomplished together. Together we can do most anything.”