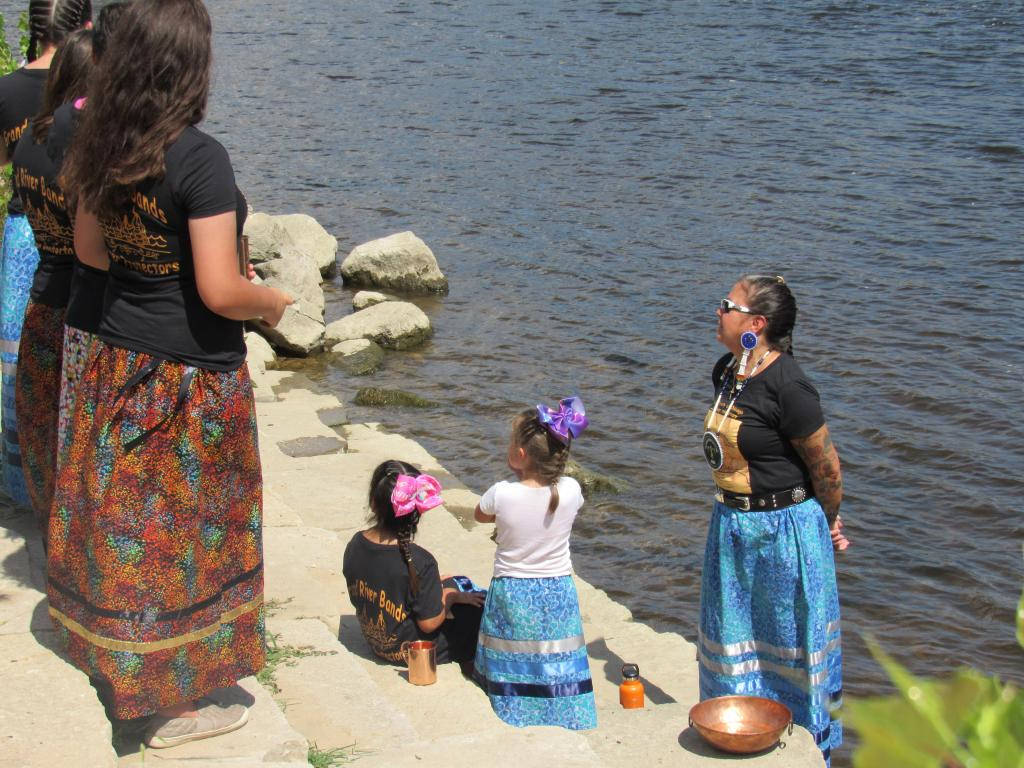 GRAND RAPIDS, Mich. — Ojibwe, Odawa and Potawatomi citizens gathered with state and local officials at Ah-Nab-Awen Park in downtown Grand Rapids, Mich. to commemorate the bicentennial of the Treaty of Chicago, which was signed on August 29, 1821.

The Treaty of Chicago (1821) was signed by representatives of the Council of the Three Fires the Ojibwe, Odawa and Potawatomi and Michigan Territorial Governor Lewis Cass and Solomon Sibely for the United States. Among the representatives for the respective tribes were eight Ottawa leaders, two Ojibwe leaders, and 55 Potawatomi leaders. In signing the treaty, the representatives ceded land to the United States. The treaty allowed for the establishment of cities, towns and villages that exist today in West Michigan. While the treaty was signed in 1821, the City of Grand Rapids was not incorporated until 1850.

“I don’t want to call today a celebration, but a commemoration,” Yob said. “Anytime you have something that lasts for two hundred years, you should talk about the resiliency of that document that ceded the lands. One of the things the treaty did was establish a boundary for the southern band of the Grand River Ottawa, and it reaffirmed hunting rights on ceded land.”

Joe Genia, former chairman of the Grand River Bands of Ottawa Indians, offered a perspective that the treaty validated the Ottawa people’s existence.

West Michigan remains the home for the People of the Three Fires, with three federally recognized tribes located there: The Match-E-Be-Nash-She-Wish Band of Pottawatomi Indians in Shelbyville; the Nottawaseppi Huron Band of the Potawatomi in Athens; and the Pokagon Band of Potawatomi in Dowagiac.

“I am honored to be here today with the Grand River Bands of Ottawa to commemorate the signing of the treaty and I look forward to the honoring of this treaty that was signed between sovereign nations,” Gun Lake Tribe Chairman Bob Peters told Native News Online.

More than a dozen women and girls performed a water ceremony as the Nimkee Fox drum concluded the commemoration.