Oglala Sioux Tribe is “Ready to Stand Against Foreign Intrusion” 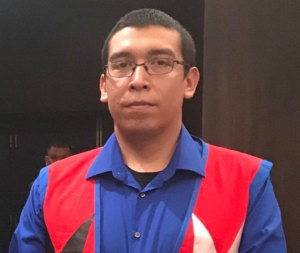 The checkpoints remain intact as of today.

The checkpoints were put in place to help curtail traffic into the reservation, which is home to some 21,000 tribal citizens.

The Oglala Sioux Tribe is one of eight South Dakota tribes that said in late April they felt Gov. Noem had not taken strong enough action to combat the COVID-19 pandemic in the state. She never issued a stay-at-home order in the state. During the third week of April, Smithfield Foods meat packing plant in Sioux Falls, South Dakota had 700 of its 3,700 employees test positive for the coronavirus.

After receipt of Friday’s letter from the Gov. Noem, the Oglala Sioux Tribe said they would not abide by the request to remove the checkpoints.

“Governor Noem miscalculates our level of dedication to protect our most vulnerable people from crony capitalism’s thrust to force us to open our economy as they choose to do,” Runner Bear wrote.

For Runner Bear, Noem’s request with a threat of legal action if the checkpoints are not removed, comes down to the sovereignty of tribes.

“The Oglala band is ready to stand against foreign intrusion into our daily lives. We have a prior and superior right to make our own laws and be governed by them. We don’t go into their homes and make threats against them.”

According to the South Dakota Department of Health coronavirus website, as of Sunday, May 10, there have been 3,393 confirmed positive coronavirus cases in the state and 34 confirmed deaths. In Oglala County, where the Pine Ridge Indian Reservations sits, there has been one confirmed coronavirus case and zero deaths. 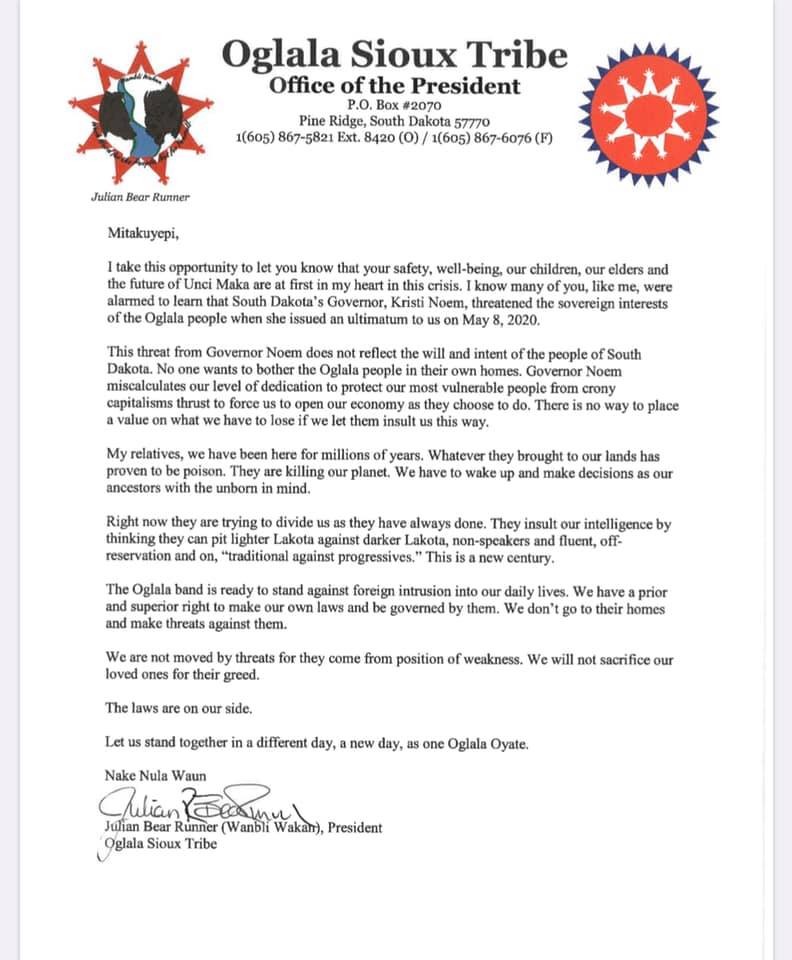