This is the second in a series of Q&A profiles spotlighting both established Native American business owners and emerging entrepreneurs who are working through the pandemic.

Native News Online shares their story, including how they became the person they are today and how they’re coping with the COVID-19 crisis. If you have a suggestion for a person we should profile, please email [email protected] 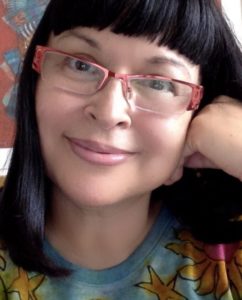 REHOBOTH BEACH, Del. — Behind every great artist, there’s a support system helping them bud into something bigger and more prevalent. One vital part of that root system is the marketing and public relations (PR) end of it, and that’s where Liz Hill comes into frame. Hill, a veteran PR rep serving the Native American scene, continuously spreads the word to news outlets about the latest albums, films and art exhibits flowing out of Indian Country. For over 20 years, Hill (Red Lake Band of Ojibwe) has been a much-needed megaphone for artists via her very own communications company, Liz Hill Public Relations.  Her workload of campaigns is diverse, but mirrors what she, herself, is passionate about. The client roster includes organizations like The Museum At Warm Springs and Sundance Institute’s Indigenous Program, but also rock groups like Adrian Sutherland & Midnight Shine, an all-Cree, Ontario-based band — to only name a few.

And when she’s not focused on other peoples’ endeavors, she’s working on her own projects, like authoring and editing books. In 2011, she served as editor of a NMAI-published book, Past, Present and Future: Challenges of the National Museum of the American Indian.

However, recently, and like much of the country, she’s had to readjust the way she lives and works, following the COVID-19 outbreak. Hill recently chatted with Native News Online about that and her past. Here’s what she had to say. 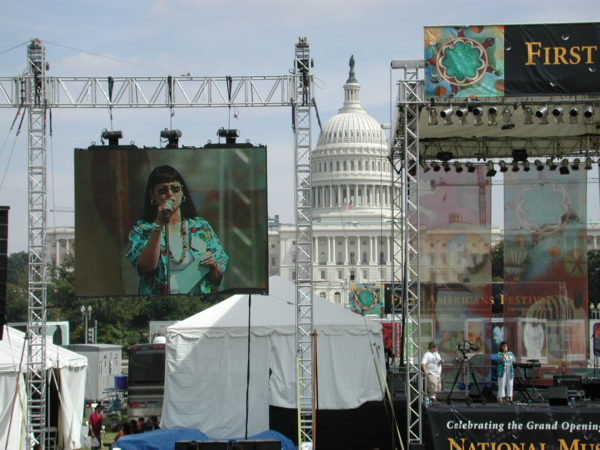 Right now, what’s it like running a public relations (PR) business during a pandemic? Liz Hill: It’s challenging, but also forces one to be creative and strategic. For the past month, no news outlet that I’ve approached has picked up on anything that isn’t related to Covid-19 and the pandemic. I’m not sure when this will change, but I have made adjustments in my approach and tone to accommodate this reality. Personally, I’ve actually been quite busy since all of my clients, not just the arts-related ones, have had to inform the media about what they are doing in response to the pandemic and keep everyone updated. Since my work, as a rule, also involves a lot of long-range planning, there is always something to be done. Have you ever dealt with something of this magnitude? I surely haven’t dealt with anything that comes close to this during all my years as a public relations professional. I think the uncertainty of how long we will be impacted by this first wave of Covid-19 makes this a unique situation.

Many artists are unable to perform or show their work at museums right now … how can people support artists and musicians while the nation is closed? My personal passion is music — all genres — and listening to music has been especially uplifting and healing during this time. Native News Online readers have no doubt noticed a lot of musicians have been live streaming performances and giving concerts. The best way I can think of to support musicians during this trying time is to tune in to your favorite artists’ performances. Engage with them and support them. If you can, put some money into their virtual tip jars and, of course, buy their music. What are your clients, specifically, up to right now? For instance, how is (musician) Adrian Sutherland keeping busy when nobody can tour? For Adrian’s fans in the U.S., I’m happy to report he is doing well. By the time the pandemic and self-quarantining really hit, he’d already planned to go hunting with his family for the next two months. Adrian lives in Attawapiskat, far northern James Bay, Ontario and hunting is an important part of his Cree culture. Adrian’s fans can expect to hear a lot more from him this year, too.

Today you live in Delaware, but what’s your backstory? I’m a tribal citizen of the Red Lake Band of Ojibwe in northern Minnesota. My father Simon Hill was born and raised at Red Lake. My mother Claire Virginia Rousu Hill, who is Finnish, was born and raised on a farm near Calloway, Minnesota, within the White Earth Ojibwe reservation. My mother, a registered nurse, met my father when she was working at Red Lake Hospital and the rest is history. I’m the oldest of four siblings with two sisters and one brother. All of them still live in Minnesota with their families. I grew up in Aitkin, in north central Minnesota, and graduated from Aitkin High School. 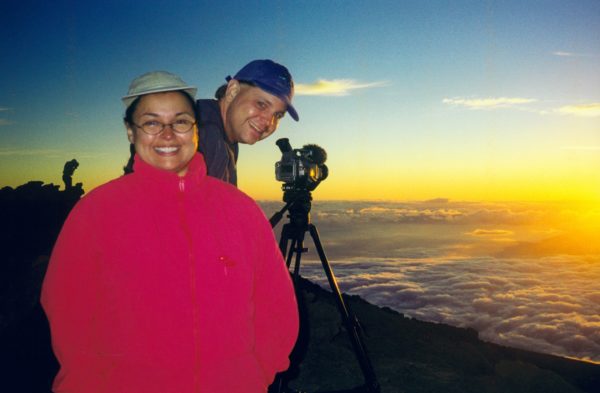 Liz Hill (producer) and Loye Miller (director) on location in 2005, filming the documentary “Hana, the Heart of Hawaii” in Haleakala, Maui, Hawaii. (photo by Laura Pringle)

High school, is that when you first got into the arts? I was passionate about music — piano, flute and voice — from the time I was very young. My dream during my youth was to become a concert pianist. Music didn’t work out for me, but because of my interest in history and art history, I decided to pursue another career path. I attended and graduated from Syracuse University with two bachelor’s degrees, one in history and the other in fine arts with a concentration in art history.

I know you spent a lot of time living in D.C., what led you there? After college I moved to Washington, D.C. with my future husband Loye Miller. He grew up in D.C. Over the years, in D.C., we were very successful in our careers — documentary film editing for him and art museum work for me. This was the early 1980s. I started as an intern at the National Endowment for the Arts (NEA). Then, I went on to work staff positions at the Corcoran School of Art, the Corcoran Gallery of Art and, finally, for the Smithsonian Institution. My last Smithsonian job was public affairs director for the Smithsonian’s National Museum of the American Indian (NMAI), but I left in early 1998. From there, you worked various communications jobs, from boutique PR firms to the National Congress of American Indians. What led to your business? I started Liz Hill Public Relations in 1999. It was successful from the beginning. Keller George, Oneida Indian Nation in New York, gave me my first opportunity. He hired me to be the Washington, D.C. correspondent for Indian Country Today, which the Oneida Nation had recently purchased. I wrote for the paper, often several articles a week, for more than a year. I had other clients, too — other museums at the Smithsonian, including the National Museum of Natural History and the National Museum of American History. My first tribal client was the Mashpee Wampanoag Tribe. At the time they had been waiting for federal recognition for some 400 years. I wrote about their history and helped the tribe with its ongoing recognition efforts. 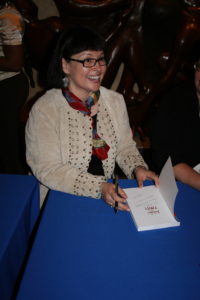 Co-Author Liz Hill at a 2008 NMAI book-signing event in Washington, D.C. for “Do All Indians Live in Tipis.” (photo by Loye Miller)

PR aside, what is one of you proudest moments or accomplishments? Writing a book, part of the popular Fandex series for young readers, about American Indians for Workman Publishing in New York City. My longtime colleague and friend Terence Winch, who at the time was NMAI’s publications director, supported my writing and was responsible for me being offered that book contract, and others that would follow. It was published in 2002, but I still spot it in museums and airport bookstores. It’s sold around 150,000 copies!

Long-term success can be difficult, how have you managed to stay busy all these years? I made my business successful through a lot of hard work and dedication to what I believed in and continue to believe in: helping our nations, Native organizations, Native businesses and Native individuals develop their communications messages and reach the general public. I have worked long hours throughout the years that I’ve been in business but I love what I do so the long hours don’t bother me. Even though I’ve been doing this for a long time now, I still have a lot of energy and passion and consider myself to be only “mid-career.” I keep up with all of the latest ways of communicating messages to the public, and my PR skill set continues to grow.