Making Bandannas and Shawls for Missing and Murdered Indigenous Woman 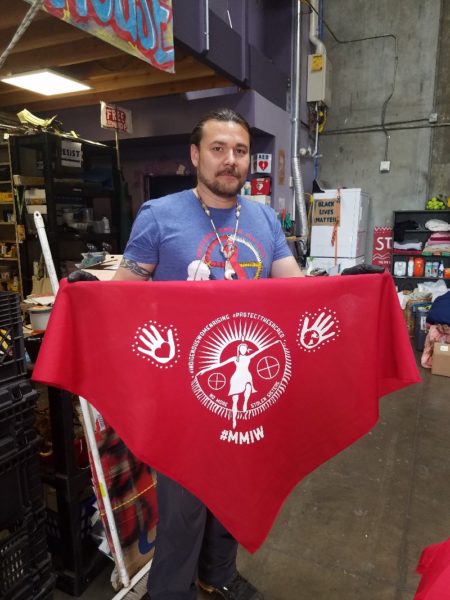 Under the Obama Administration a lot of resources were put into MMIW. The 2016 Excellence in Journalism Conference, covering Domestic Violence Against Native Women, found Native women suffer from violence at a rate two and a half times greater than that of any other population in the United States. (http://www.niwrc.org/resources/journalist-resources-covering-domestic-violence-against-native-women)

Bernadette Smith, Pomo, from Manchester Point Arena reservation, was asked why she was making bandannas and Shawls and she replied, "My sister was murdered in her home on my home reservation on Nov. 19, 2017, it is important to me to raise awareness of the missing and murdered indigenous woman not only because it effects me personally, but because I am a woman." 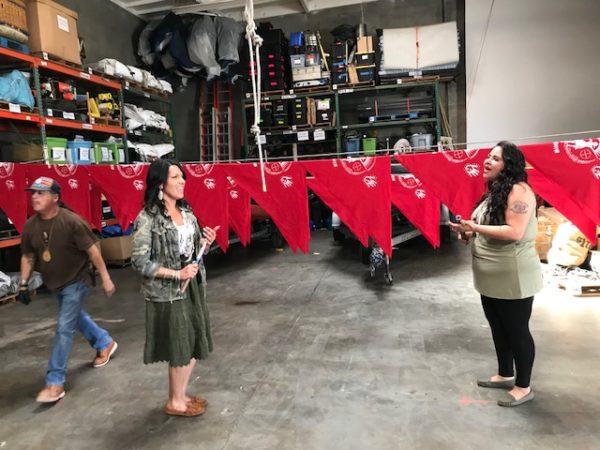 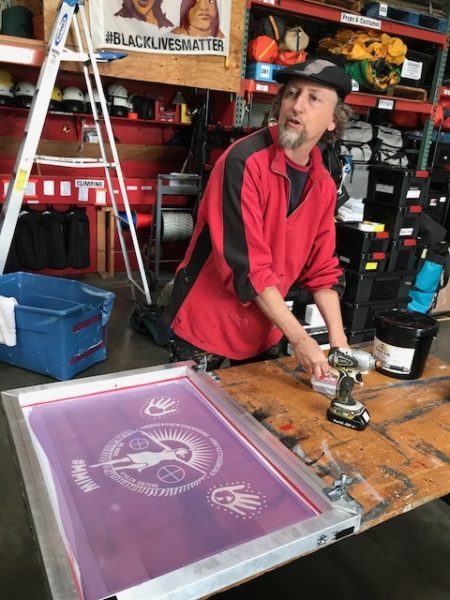 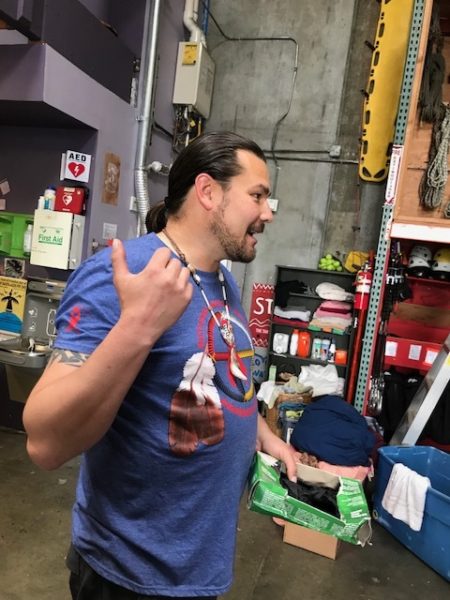 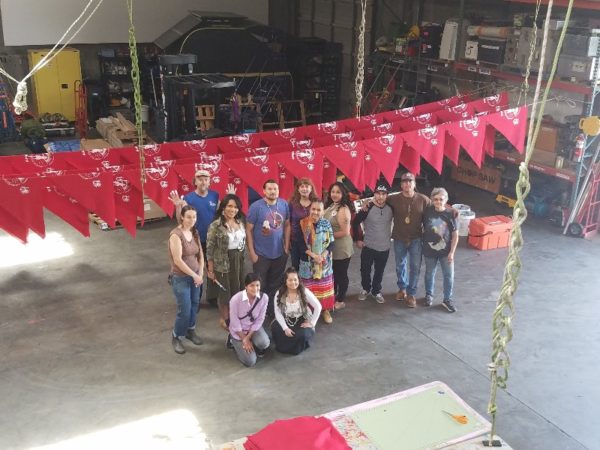