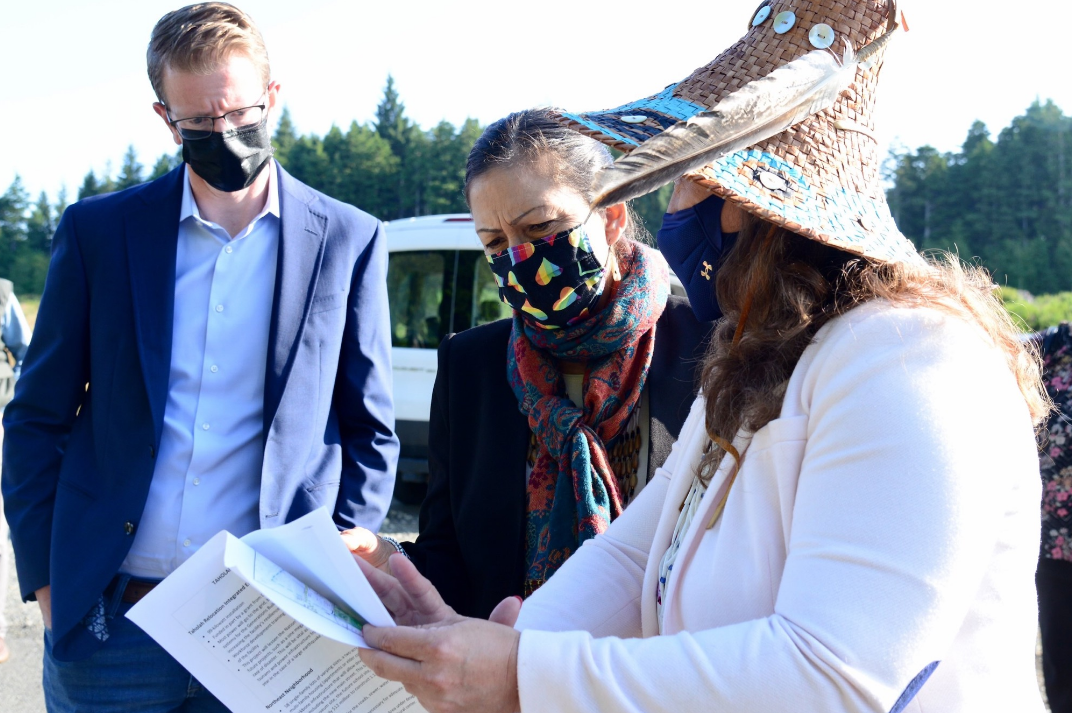 Leaders of the Quinault Indian Nation invited Sec. Haaland to the Village of Tahaloh, which is being relocated to higher ground because the village faces the constant threat from storm surges and flooding. Taholah is located in northwestern Washington on the Pacific Ocean coast.

“As coastal communities face the increasing threat of rising seas, coastal erosion and storm surges, our focus must be on bolstering climate resilience,” Sec. Haaland said. “The investments discussed today are central to the Biden-Harris administration’s all-of-government approach to building more resilient communities and protecting the natural environment.”

“It is truly a historic moment for our tribes to know that the administration in Washington, D.C. cares enough about tribes to send their delegation here to talk with us and hear our concerns, to hear what matters to tribes. And that’s our people, our safety, our health, our environment, our homes,” Quinault Indian Nation President Guy Capoeman said. “Moving from the lower villages to up on the hill will protect our membership.”

Sec. Haaland said that the bipartisan infrastructure deal that is expected to pass the Senate early Tuesday would allocate resources to assist tribal communities threatened by climate change.

The Bipartisan Infrastructure Deal includes a $466 million investment for the Bureau of Indian Affairs, including funds for transition and relocation assistance to support community-led transitions. The investments include:

Sec. Haaland also highlighted federal investments to close the digital divide in Indian Country and ensure tribal communities have access to broadband so that they can better participate in today’s economy.

A coalition of federal agencies are working together to address the digital divide in Indian Country. This year, the Interior Department and the Institute of Museum and Library Services are partnering with the U.S. Department of Agriculture’s Rural Development Service and the NTIA for the 2021 National Tribal Broadband Summit, taking place throughout the month of September as a virtual event due to the Covid-19 pandemic.