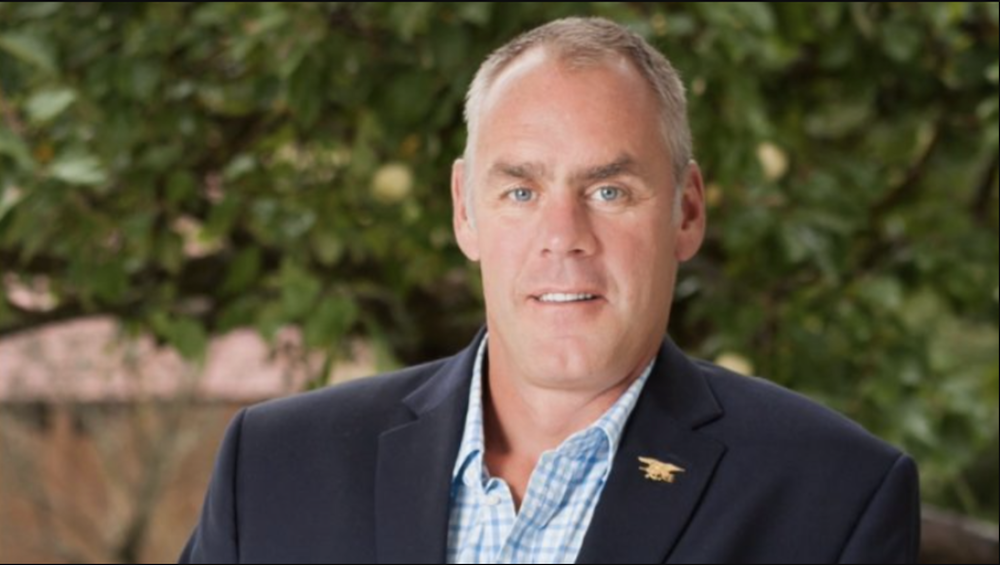 The Interior Department’s inspector general found that Zinke misrepresented his communications with lobbyists and others leading up to a decision on a tribal gaming compact in Connecticut.

This story originally appeared in the Montana Free Press and is used with permission.

A federal ethics probe has concluded that former Secretary of the Interior Ryan Zinke, who is running to represent Montana’s western district in the U.S. House, misled an internal ethics watchdog during a probe into the department’s decision not to act on a gaming application from two Native American tribes.

The report, instigated in 2017 and released Wednesday by investigators working under Trump-appointed Interior Secretary Inspector General Mark Greenblatt, said Zinke and his then-chief of staff made statements to investigators “with the overall intent to mislead them,” violating their “duty of candor.”

The probe stemmed from a joint application by two New England tribes, the Mashantucket Pequot and Mohegan, to open a casino on non-tribal land in Connecticut, a move that would require Interior’s approval under the Indian Gaming Regulatory Act. In 2018, Politico reported that the department had initially intended to approve the application but reversed course on the eve of a deadline to act after a concerted lobbying effort by casino giant MGM Resorts International against the project.

The department has since allowed the casino development to move forward, clearing up litigation from one of the tribes alleging that the department’s decision not to approve the project was based on political considerations.

The probe’s report found that Zinke misrepresented who had access to his ear leading up to his decision on the application for a new gaming compact, including lobbyists, consultants and former U.S. Sen. Dean Heller, a Republican from Nevada, all of whom urged the secretary against approving the proposal. MGM, at the time, was pursuing its own casino in Massachusetts, and lobbyists for the company expressed concern in emails that federal approval of a tribal-owned, off-reservation casino would establish an unwelcome precedent.

“During his first interview with the OIG, Secretary Zinke stated he had not spoken about the specifics of the Tribes’ amendments with Casino lobbyists,” the report reads in part. “Extensive evidence, however, showed that [a lobbyist] engaged [a consultant] specifically to convey Casino’s concerns about approving the Tribes’ amendments to Secretary Zinke and that Casino lobbyists spoke to Secretary Zinke directly about Casino’s position on multiple occasions, including the day before the DOI issued its letters in September 2017.”

In a response to a draft version of Wednesday’s report, attorneys for Zinke, a Republican, disagreed with the findings and implored OIG not to issue the report until after the November election.

“To do otherwise, would insert the findings of this stale and inaccurate investigative report into the electoral process and could prejudice Secretary Zinke,” Zinke’s attorneys wrote in their response, which is attached as an addendum to the report.

Zinke, who formerly represented Montana’s at-large congressional district before his appointment in the Trump administration, is hoping Montana voters again elect him to the U.S. House in November, this time to the state’s newly created western district. His main opponent is Democratic energy attorney Monica Tranel.

“This is another investigation by a Trump-hired Inspector General that found Ryan Zinke lied to cover up his wrongdoings,” Tranel said in a statement.

Zinke resigned from the Trump administration in January 2019 while this and several other ethics probes were underway. In February, the Interior Department’s inspector general released a separate report that found Zinke similarly misled investigators about his role in a Whitefish land deal while secretary.

Wednesday’s report details the process by which Zinke arrived at the decision to return the application to the tribes without action under the argument that it was not Interior’s role to approve a tribal gaming project on non-reservation land. Investigators did not probe the merits — legal or otherwise — of the decision itself, but rather whether Zinke accurately represented the influences under which he made the decision.

Zinke told investigators that he made his decision in consultation with Interior staff and attorneys, without influence from lobbyists or other actors outside the department, and that he felt all along that the matter was not within the department’s jurisdiction, since the casino would not be located on reservation trust land.

“Secretary Zinke repeatedly told the Inspector General that he was not subject to any influence in that matter because he lacked jurisdiction to act on the application,” Danny C. Onorato, an attorney for Zinke, told Montana Free Press. “That should have ended the inquiry.”

Based on records and interviews with Zinke, his staff and others, though, the probe concluded that Zinke and his chief of staff had multiple communications and meetings with MGM lobbyists, consultants and members of Nevada’s federal delegation working to halt the casino proposal. Those meetings were not accurately represented to investigators, according to the report. Furthermore, it suggested that the department’s own attorneys did not recommend Zinke’s course of action.

The U.S. Department of Justice declined to launch a prosecution based on the probe last year. It’s now in the hands of the current Interior administration, which had no comment to MTFP on the matter Wednesday.

“We are providing this report to the current Secretary of the Interior for any action deemed appropriate,” the report says.

Montana Free Press Reporter Arren Kimbel-Sannit was raised in Arizona and is no stranger to the issues impacting Western states, having a keen interest in the politics of land, transportation and housing. Prior to moving to Montana, Arren was a statehouse reporter for the Arizona Capitol Times and covered agricultural and trade policy for Politico in Washington, D.C. In Montana, he has carved out a niche in shoe-leather heavy muckraking based on public documents and deep sourcing that keeps elected officials uncomfortable and the public better informed.