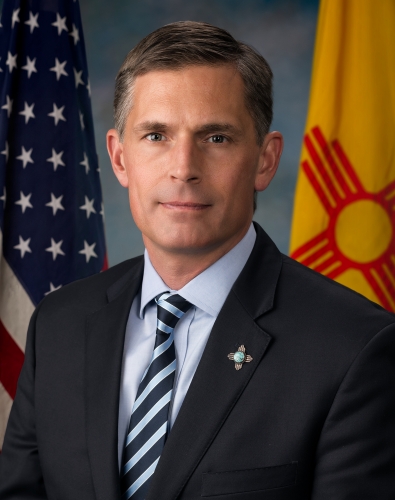 “Unfortunately, an alarming percentage of rural tribal communities in New Mexico lack access to broadband internet, which means less access to educational, health, and career-related resources,” Heinrich said in a statement. “The Tribal Connect Act is an investment in broadband connectivity in Indian Country so all of our students and children can compete on an even playing field and learn the skills they need to succeed in the 21st century.”

The “commonsense” bill’s sponsors say the legislation helps address a disparity for many rural tribal communities that lack broadband access, which has complicated e-commerce efforts, telehealth and virtual educational service delivery during a time of social distancing to curb the spread of COVID-19.

“As coronavirus has forced schools and businesses to go remote, the digital divide in Arizona’s Native American communities has sharpened,” McSally said in a statement. “Our bill will help bridge that divide by investing in broadband connectivity and improving internet access in Native American communities over time so that our tribal students and families have greater access to quality education, jobs, and other public resources.”

The legislation would remove barriers to the E-rate program grants and offer tribal schools, libraries, chapter houses and community centers another option for affordable and reliable internet access.

Under the bill, tribal colleges and universities also would qualify for E-rate support.

“The Tribal Connect Act would, for the first time, make our community centers eligible for the same FCC e-rate program that has provided distance-learning, job training, and other crucial services to other communities across the United States,” Navajo Nation President Jonathan Nez said in a statement. “What COVID-19 has taught us is that access to high speed internet is lifesaving and it is urgently needed more now than ever on the Navajo Nation.”

In addition to the Navajo Nation, the American Indian Library Association also signaled its support for the Tribal Connect Act.

The legislation has been referred to the Senate Committee on Indian Affairs and the House Energy and Commerce Committee.

Heinrich and Luján previously introduced similar legislation in the 2017-2018 session, but the bills never advanced out of committee.