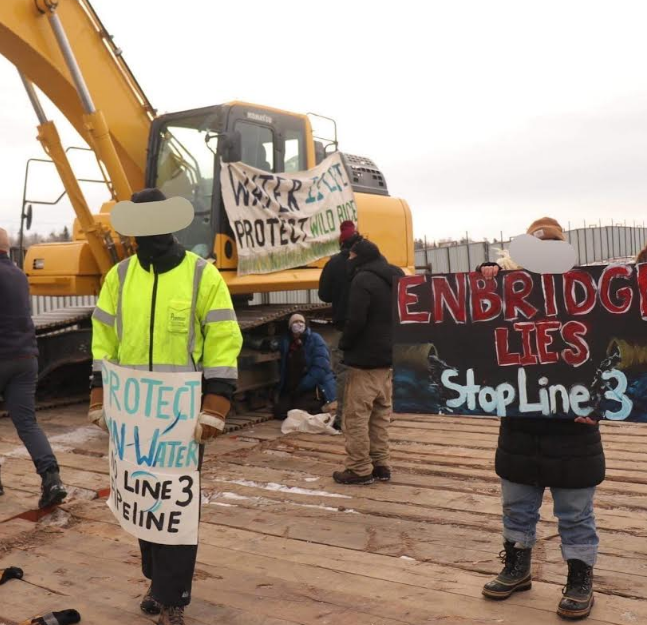 TWO INLETS, Minn. — Early this morning, two people locked themselves to equipment used for Enbridge’s Line 3 tar sands oil pipeline in northern Minnesota. The action was organized by the Giniw Collective and comes days after various permits were granted in the state of Minnesota, pushing the highly controversial pipeline closer to construction.

“Having grown up on occupied Anishinaabe and Dakota land, I feel a responsibility to defend that land and the rights of the people who have a relationship to it,” Mira Grinsfelder, 24 of Saint Paul, Minn., said in a statement prior to locking herself up to Enbridge equipment. 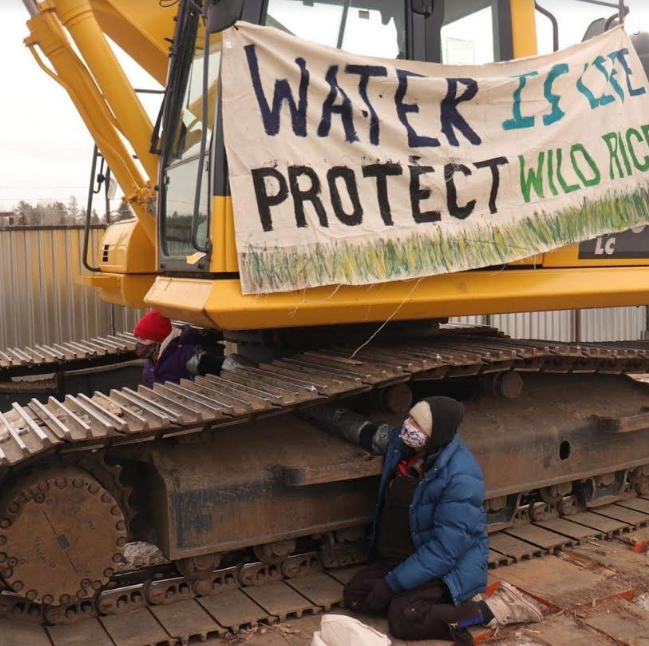 Activist locked to a bulldozer to stop construction.

Native News Online reported on Thursday, Nov. 12, the Minnesota Department of Natural Resources and the Minnesota Pollution Control Agency (MPCA) approved various permits for Enbridge’s Line 3. The result brought hundreds of people in protest at the Governor’s Mansion on Saturday, clashing with a pro-Trump rally with people voicing they support pipelines.

Yesterday, Minnesota Public Radio (MPR) News reported that 12 out of 17 MPCA advisory group members resigned in protest over the approval of MPCA Commissioner Laura Bishop approval for a key water permit that pushes Line 3 closer to construction. White Earth tribal member and former Green Party Vice-Presidential candidate Winona LaDuke is one of the twelve that resigned.

“We cannot continue to legitimize and provide cover for the MPCA's war on black and brown people," their resignation letter stated.

Enbridge’s Line 3 is the largest project in the company’s history and would be one of the largest crude oil pipelines in the continent, according to a statement on the company’s website. Line 3 is expected to transport up to 760,000 barrels a day through northern Minnesota, passing through treaty lands of several Ojibwe bands.

“If his [Gov. Walz’s] administration won’t stand up to big oil, we will,” added Houska.