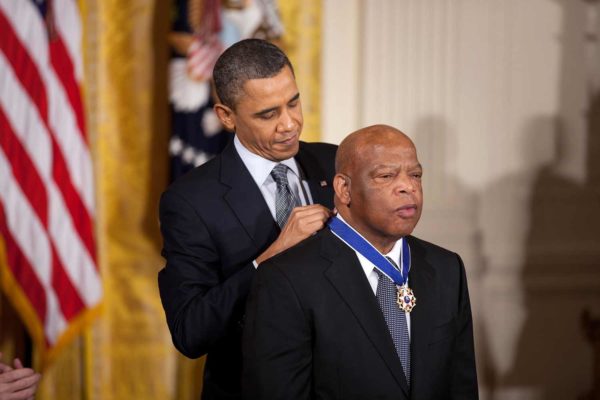 In late November, Congressman Lewis committed to introducing what has been described as “meaningful and comprehensive legislation” to address the MMIW tragedy based upon the recommendations of the Global Indigenous Council (GIC), Rocky Mountain Tribal Leaders Council (RMTLC) and the Great Plains Tribal Chairman’s Association (GPTCA).

“I will return to Washington in the coming days to continue our work and begin my treatment plan, which will occur over the next several weeks. I may miss a few votes during this period, but with God’s grace I will be back on the front lines soon,” Congressman Lewis said in a statement on his prognosis. 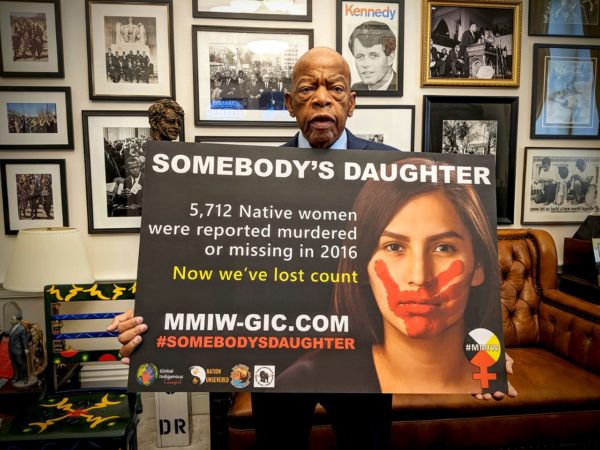 An icon of the civil rights movement, Congressman Lewis was one of the original Freedom Riders. On August 28, 1963, he was the youngest speaker at the culmination of the March on Washington that saw Dr. Martin Luther King, Jr. deliver his “I have a dream” speech. In 1965, John Lewis and Hosea Williams led the historic march across the Edmund Pettus Bridge in Selma, Alabama, the images from which continue to symbolize the struggle for civil rights.

In 2010, President Barack Obama awarded Congressman Lewis with the Presidential Medal of Freedom, America’s highest civilian honor. He is the last surviving member of the “Big Six” civil rights leaders. “Good trouble,” is how John Lewis describes principled, non-violent activism. “Sometimes you have to do something out of the ordinary. Sometimes you have to make a way out of no way,” he has taught. 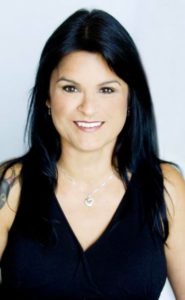 Congressman Lewis has backed the “good trouble” of the Global Indigenous Council, RMTLC and GPTCA to raise national awareness for the MMIW tragedy through the alliance’s lobbying and high-profile headline making, including its national billboard campaign. Continuing to elevate the urgency of the MMIW crisis among lawmakers, the alliance has produced Somebody’s Daughter, an MMIW documentary, to which Congressman Lewis offered his full support.

The world premiere of Somebody’s Daughter will be at the Four Directions and Nevada Tribal Nations Native American Presidential Forum 2020 at the UNLV, Las Vegas, Nevada on January 15.

“A very powerful and important film for the world to see – equal parts beauty and tragedy, it reveals the horrific truths that are sure to ignite change,” is how award-winning indigenous actress and director Georgina Lightning describes Somebody’s Daughter. Lightning’s comment not only honors sentiments of Congressman Lewis, but also reflects pre-release industry reaction to the documentary. Georgina Lightning was the first woman to receive the White House Project - Emerging Artist Award, and with Older Than America she became the first North American Indigenous Woman to direct a major feature film that, to date, has garnered 23 awards.

Somebody’s Daughter focuses on some of the higher-profile MMIW cases in the Rocky Mountain region, some of which were raised during the Senate Committee on Indian Affairs MMIW/MMIP hearing in December 2018. With historical points of reference, the victims’ and their families’ stories are told through the lens of the legal jurisdictional maze and socio-economic bondage that constricts Indian Country. For the first time on film, tribal leaders reveal the devastating roles of drug cartels and gangs in the MMIW crisis.

An indigenous production, Somebody’s Daughter was executively produced by the Coushatta Tribe of Louisiana and supported by the Blackfeet Nation and Confederated Salish & Kootenai Tribes in association with the Global Indigenous Council. Somebody’s Daughter is presented by Alter-Native Media and directed by Rain, the team that created Not In Our Name, a short film that featured House Natural Resources Committee Chairman, Congressman Raúl Grijalva, and became one of the most-watched films on Sierra Club’s social media platforms. Not In Our Name had the distinction of being entered into the Congressional record at a hearing in May 2019. Grijalva provided valuable background and insights during the production of the film.

Multiple 2020 presidential candidates have written to the film’s impact producer, the Global Indigenous Council, to express their support for the organization’s work on the MMIW crisis. “All of the progress we’ve made on this issue is because of you. You’ve demanded attention. You’ve fought for changes to the law, and you continue to fight for the authority to ensure justice and fairness for everyone in your nations. I am grateful for and inspired by your courage, and I look forward to continuing work on this vitally important issue,” wrote Democratic frontrunner, Vice President Joe Biden.

“We still have many bridges to cross,” Congressman Lewis emphasized in his statement of December 29, 2019. “Please keep me in your prayers as I begin this journey,” he requested.

“The Global Indigenous Council offers our collective prayers and support to Congressman Lewis in this, his latest fight,” the organization offered in a tribute to the congressman on its website (globalindigenouscouncil.com). Former President Obama praised Congressman Lewis’s “incomparable will to fight,” and added, “I know he’s got a lot more of that left in him. Praying for you, my friend.”