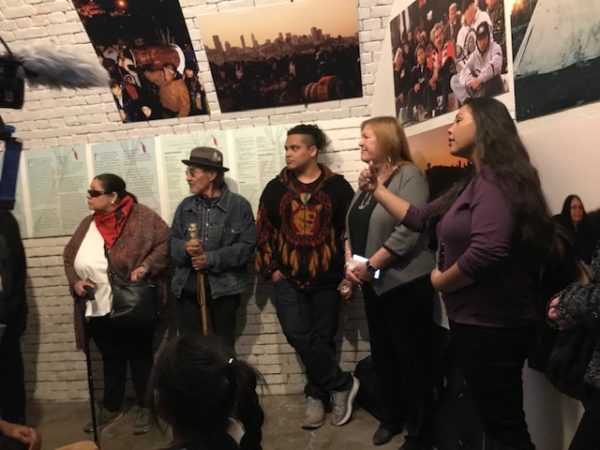 SAN FRANCISCO — Dr. Jane Sanders, the wife of presidential candidate Sen. Bernie Sanders, was in California Friday, campaigning for her husband. She traveled by ferry from Pier 33 in San Francisco to visit Alcatraz Island with Indigenous grassroots leaders who maintain relations to the ancestral lands of the island.

Alcatraz Island remains a symbol of resistance for American Indians in modern history. Fifty years ago, during the Alcatraz Occupation, a group of young Native people and their families stayed on the island for 19 months in defiance of the federal government. Their actions called attention to the historic and ongoing repression of Indigenous Peoples in the United States, including massacres, treaty violations, assimilation, termination, removal of Indigenous children to boarding schools and forced relocation.

“Dr. Sanders was invited to Alcatraz Island to help commemorate the 50th anniversary of the occupation from 1969-1971. She met with occupation veterans and their family members, learning first-hand the history and importance of the occupation and its continued impact today as a catapult of Indigenous resistance,” Morning Star Gali (Ajumawi band of Pit River), a campaign co-chair, Bernie 2020 California said.

“I am really pleased to be here to learn about the 50th anniversary of the Alcatraz Occupation and to meet such an august group of people who will tell us about the history and tell us about the contemporary issues and I have been doing that the entire campaign. I was just in Minnesota to march for the missing and murdered Indigenous Women,” Dr. Sanders said to Native News Online. 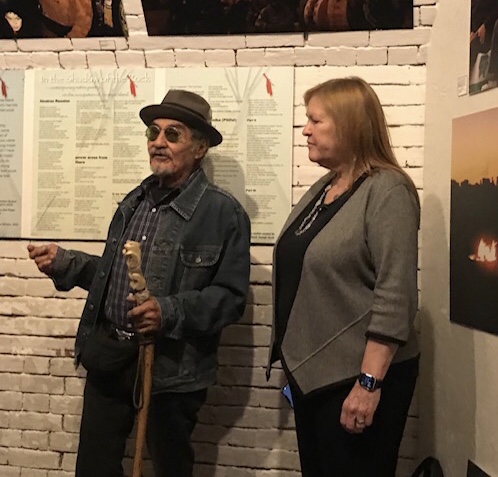 Dr. Sanders was campaigning in California on behalf of her husband in advance of the state’s presidential primary to be held on Super Tuesday on March 3, where 495 delegates are at stake in the state. 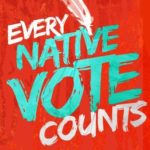 Sen. Sanders is leading other candidates at 24 percent, according to the Monmouth poll released on Thursday. His closest rival is former Vice President Joe Biden with 17 percent, followed by former New York City Mayor Michael Bloomberg with 13 percent. Placing fourth was Sen. Elizabeth Warren with 10 percent. Other candidates came in with single-digit support. 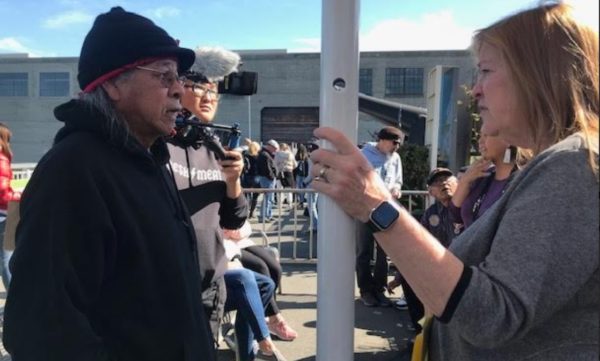 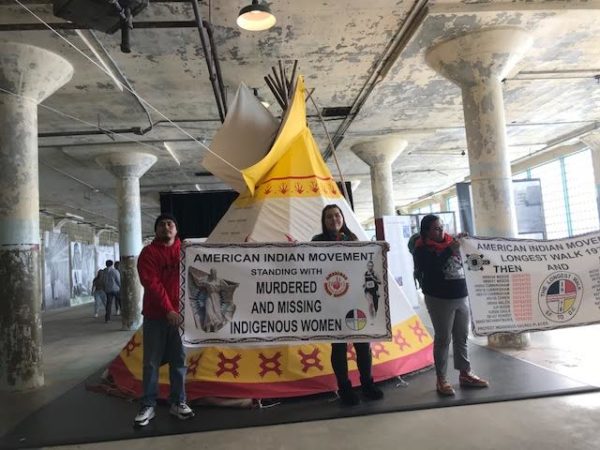