Are Chicago’s Columbus Statues Next to Topple? 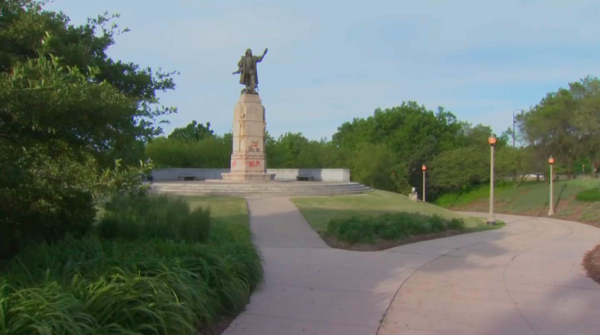 CHICAGO — Social justice continues to make waves as more people gather to demand long-lasting change. Around the world, communities of color continue to rally to call out injustice by condemning colonizers and other oppressors. People view historical figures with an even more critical eye, especially those who embody white superiority such as Christopher Columbus.

In the first weeks of June, people are questioning Columbus’ relevance and his likeness is being toppled, defaced, or uninstalled in at least 14 cities across the country.

So far, Chicago has not been among those cities that have seen Columbus upended, though many Chicagoans have sent clear messages. Both of Chicago’s Columbus monuments, the Near West Side and Grant Park, were tagged and graffitied this past week.

A petition, initiated by Concerned Citizens, is circulating to remove the Grant Park statue.  More than 1,500 have signed it.

“This statue glorifies a man whose heinous actions laid the groundwork for the enslavement and genocide of Indigenous peoples all across North and South America and paved the way for the expansion of slavery into this country,” the petition states.  “By leaving this statue standing, you are celebrating this genocide and discounting the experiences of the over 22,000 Native and Indigenous people who are part of our Chicago community.”

Like many American cities, Chicago’s relationship with its Native communities is complicated and overlooked. Local activists, artists, nonprofit workers, and other Indigenous professionals are in a seemingly continuous battle to make sure their voices are heard within the city.

Grand Portage Ojibwe artist and Chicago resident, Andrea Carlson claims, “The cruelty of finding pride in a statue that honors the memory of a prolific killer of Indigenous people, the doubling-down on the insistence that this statue be venerated in a public park, illustrate how white supremacy always claims innocents while hurting BIPOC people. Italian-American advocacy groups don't have to choose the path of settler dominance. They can join us.”

Some Italian-Americans are speaking out against past crimes and distancing themselves from controversial Italian figures. One such group, the Italian-American Heritage Society, acknowledges that Chicago was founded on Indigenous lands and actively works to shift focus away from Columbus toward celebrating and supporting current Italian-American figures and businesses.

“It makes me crazy! I’m ashamed to be a part of a culture that clings to the worst,” says society founder, Gabriel Piemonte. “You have to take a stand and need to condemn that [which] says this is the price of whiteness.”

The Grant Park statue was erected in 1933 and donated by the Italian-American community as part of Chicago’s second world’s fair known as the “Century of Progress Exposition.” Critics of the fair claim that communities of color and women were discriminated against while white figures such as Columbus and Fascist organizer Italo Balboa were elevated by city officials.

Nearly a century later, Chicagoans are still outraged. Monuments like these represent the dehumanization of millions of people and erasure of their cultures. 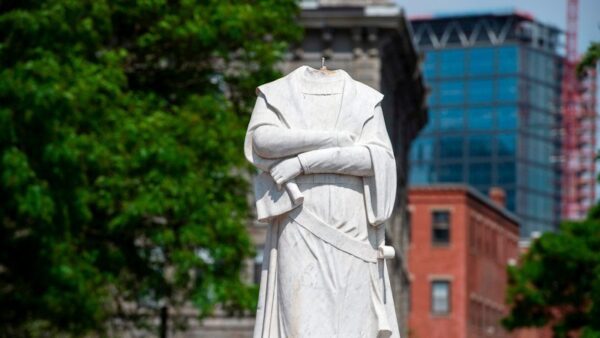 An online petition is calling for the permanent removal of a statue of Columbus at Boston's Waterfront Park. (Photo: Change.Org)

The Columbus statue in Boston can serve as a cautionary tale. It was beheaded three times before the city finally decided to remove it. The underlying question here is why does it take so long for authorities to do something about it?

So far, 2020 is proving to be a year of inner reflection for individuals, governments and society as a whole. America’s sordid history needs to be acknowledged, apologized for and amended by those in authoritative positions. 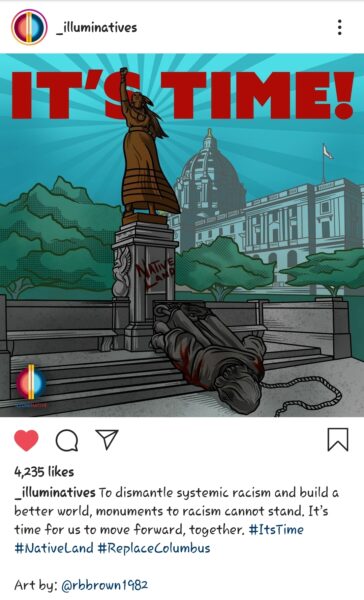