Here are the statements made by each American Indian representative:

Congressman Tom Cole (OK-04), a member of the House Appropriations Subcommittee on Defense and a tribal citizen of the Chickasaw Nation, released the following statement:

“General Qasem Soleimani was more than a bad actor. For decades, he was a dangerous terrorist actively seeking to do us harm by targeting our diplomats, service members and partners well beyond the Middle East. At General Soleimani’s direction, the Quds Force have wreaked havoc and extreme terror in the region, causing the loss of hundreds of American lives. Most recently, he was the mastermind behind this week’s attack on the U.S. Embassy in Baghdad. To protect our personnel and partners against mounting threats and aggression, President Trump was right to act with precision when he did. However, the decision to take out General Soleimani is both serious and consequential. Indeed, it will pose risks to American personnel and interests everywhere.

“The president and our military deserve the full support of Congress and the American people as they undertake this effort to curb the ever more aggressive actions of the Iranian regime. I look forward to a full briefing by the Trump Administration to Congress and the American people about how it intends to deter and respond to future Iranian aggression in the months ahead.

“No one should be under the illusion that deterring Iranian aggression will be either easy or painless. It will require sustained and continued commitment, real sacrifice and the full support of the American people and their representatives in Congress. One thing is certain though: As the largest state sponsor of terrorism in the world, the Iranian regime must bear the consequences of its actions. And President Trump has made it clear that the regime will not be permitted to plan or commit acts of terror against American forces, facilities or partners with impunity.” 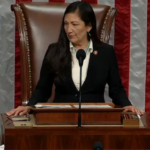 Congresswoman Deb Haaland (NM-01), a member of the House Armed Services Committee and tribal citizen of the Pueblo of Laguna, released the following statement:

“The President's reckless move was unauthorized, made without congressional debate, and without an effort to engage our allies. The American people don't want a war with Iran.  As a member of the House Armed Services Committee, I fought last year for a bipartisan amendment to the NDAA to prevent an unauthorized war with Iran. The amendment was struck from the final bill and now Congress must assert itself to prevent a dangerous escalation into another endless and illegal war, call for diplomacy, and act quickly to protect our troops.”

Before Congress left on its Christmas break last December, Haaland warned against using military force against Iran and called for diplomacy on the House Floor during the National Defense Authorization Act debate. 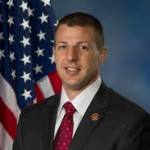 Congressman Markwayne Mullin (OK-02), a tribal citizen of the Cherokee Nation, did not release a news statement; however, he did commented on Twitter:

"General Qassem Soleimani was the mastermind behind countless terrorist acts and the deaths of hundreds of U.S. service members. I want to thank @realDonaldTrump for his bold decision on eliminating this threat." 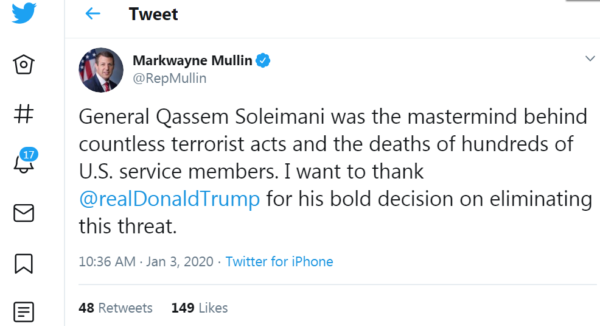 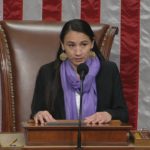 "Qassem Soleimani committed atrocious crimes against American troops and innocent people. But his killing will only serve to further destabilize an already dangerous region and put more American and civilian lives at risk. The American people deserve to know that this Administration has a strategy for how to deal with the aftermath of this major escalation.”

“As someone who grew up in a military family, I know what it's like to have those you care about serve overseas. My priority is ensuring this Administration has a plan to keep our service members, embassy personnel and U.S. citizens around the globe safe. I will continue to monitor and expect to be kept apprised of the situation, as is the responsibility of this Administration to Congress.”